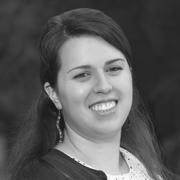 Lakota Pearl Pochedley (Shishibéniyek Bodwéwadmik) is the Tribal Historic Preservation Officer (THPO) for the Match-E-Be-Nash-She-Wish Band of Pottawatomi Indians (also known as the Gun Lake Tribe). She is an enrolled member of the Citizen Potawatomi Nation located in Shawnee, Oklahoma. In 2013, Lakota graduated from Columbia University with a bachelor’s degree in sociocultural anthropology and ethnicity and race studies with a specialization in Native American studies. During this time, she had the opportunity to work with a pre-K literacy Program, AmeriCorps Jumpstart, as a corps member and volunteer coordinator implementing the afterschool literacy program. She also served as a part-time teacher assistant in a Head Start “Fours” classroom. Her work experience with Head Start led her to pursue a career in community education.

Upon completing her undergraduate studies, she began working on her Master of Arts degree in curriculum and instruction at the University of Texas at Austin. Lakota completed an M.A. in cultural studies in education, an M.Ed. in social studies education with a 7-12th grade teaching certification, and a graduate portfolio in Native American and Indigenous studies. She graduated in 2016 after completing her student teaching in central Oklahoma and her thesis titled “Neshnabe Treaty-Making: (Re)Visionings for Indigenous Futurities in Education.” In the midst of completing her degrees, Lakota began working in Oklahoma for her tribal nation, Citizen Potawatomi Nation, in 2011. Since completing her graduate degrees, she has worked for the Citizen Potawatomi Nation as the Cultural Education Specialist and Tribal Youth Program Manager. She has also worked for the Nottawaseppi Huron Band of the Potawatomi as a grant writer and for the Match-E-Be-Nash-She-Wish Band of Pottawatomi Indians as the THPO.

She has continued her graduate research on Native American education and Neshnabe treaty making practices, and she provides professional development training to educators and tribal government staff regarding culturally sustaining practices and sensitivity through her work as a tribal government employee and with the Turtle Island Social Studies Collective. Lakota has also been a student of Bodwéwadmimwen (Potawatomi Language) since 2008.