The Age of Ubuntu

The editor of Teaching Tolerance reflects on social change in South Africa.
Issue 12, Fall 1997
Teach This in a Learning Plan
X
Add to an Existing Learning Plan
START A NEW LEARNING PLAN
Bookmark The Age of Ubuntu
Print 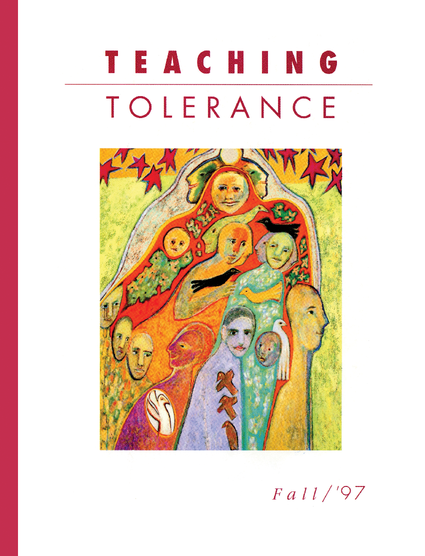 In a recent World Cultures class, a New Hampshire teacher discovered that the word apartheid was lost on her 9th graders. A few recognized the name of Nelson Mandela, she reports, but no one knew that for decades before he became a president he was a prisoner. Many were even more astonished to discover parallels between apartheid in South Africa and racial segregation in the United States.

Changes of epic proportion have probably always been difficult to grasp, but today's young global villagers face a particular bewilderment of scale. As is often noted, we now have at our disposal more data than previous generations ever dreamed of. Teachers and students struggle to navigate the flood. Through the looking-glass of electronic media, microcosm and macrocosm eerily merge. Everything is weightless in cyberspace.

Nineteenth-century U.S. historian Francis Parkman offered a definition of his life's work that reveals a central irony of the Information Age: "Faithfulness to the truth of history," Parkman wrote, "involves far more than a research, however patient and scrupulous, into special facts. Such facts may be detailed with the most minute exactness, and yet the narrative, taken as a whole, may be unmeaning or untrue. The narrator must seek to imbue himself with the life and spirit of the time."

A recent parcel from a friend affirmed Parkman's conviction. The package contained the transcript of a proceeding before the Constitutional Court of South Africa. In the document, a justice of the court digresses to explain an ancient African concept enshrined, but not defined, in his country's new Constitution.

Ubuntu, from the Nguni language, is one of those well-loved, elemental words that defy simple translation. The closest English equivalent is "humaneness," or "the quality of being human." A proverb common across Africa expresses the ubuntu ideal: "A person is a person through other people."

The justice elaborates: "[Ubuntu] is a culture which places some emphasis on communality and on the interdependence of the members of a community. It recognises a person's status as a human being, entitled to unconditional respect, dignity, value and acceptance from the members of the community such person happens to be part of. It also entails the converse, however. The person has a corresponding duty to give the same respect, dignity, value and acceptance to each member of that community."

Another justice adds: "In South Africa, ubuntu has become a notion with particular resonance in the building of a democracy."

Facing the whirlwind of "current events" in South Africa and elsewhere -- the sheer volume of information that surrounds monumental social change -- a teacher could understandably despair of preparing 9th graders to be world citizens. But now and then, amid the maelstrom, an idea like ubuntu rings clear as a bell. In giving a name to this universal aspiration, South Africans have defined the spirit of their time.

Like liberty and equality in other times and places, ubuntu has triumphed over its antithesis and transformed a nation. If our students learn only that much about modern South Africa, they've made a decent start. Sometimes one truth is worth a thousand facts.