A Conversation with Michelle Alexander 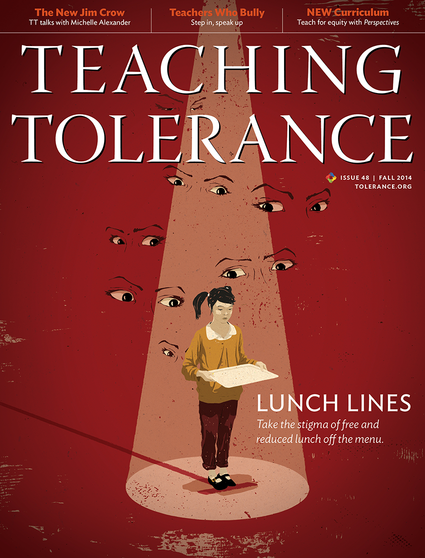 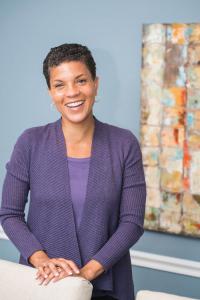 The New Jim Crow: Mass Incarceration in the Age of Colorblindness is widely regarded as one of the most important books of the decade addressing the subject of racial justice. The author, Michelle Alexander, visited with Teaching Tolerance about writing The New Jim Crow, the realities of mass incarceration and how teachers can address this difficult topic in their classrooms. Teaching Tolerance will release a teacher’s guide based on excerpts from The New Jim Crow this fall.

Why did you decide to write The New Jim Crow?

I was inspired to write the book mainly as a result of experiences I had working as a civil rights lawyer at the ACLU that began what I now call my awakening. I began to awaken to the reality that our criminal justice system now functions much more like a system of racial or social control than a system of crime prevention and control. I wanted to share with others the facts, history [and] stories that I wish that I had known long before in the hopes that others would begin to have the same kind of awakening and commit themselves to building a movement to end mass incarceration in America.

In your book, you describe a racial caste system in the United States. What led you to use this term?

I use the term racial caste because I wanted to emphasize that mass incarceration functions as a complex system of rules, laws, policies and practices that lock a group of people—defined in large part by race—into a permanent second-class status. And that people who find themselves cycling in and out of prison are often in that situation, not because they lack motivation or lack the desire to support themselves or contribute to their communities or support their families, but [because] they’re trapped there by law.

How have we gotten to this point?

Many of the same attitudes that were used to justify and rationalize slavery and Jim Crow are used yet again in the era of mass incarceration. But if we look more to our recent history, we can see that the current system is traceable to a law-and-order and “get-tough” movement [that] originated with former segregationists. This get-tough rhetoric was very popular on the heels of the civil rights movement, particularly among poor and working-class whites who were fearful for their own status and position as our society began to change dramatically. But also this rhetoric resonated with some segments of the African-American community as crime rates began to rise in those communities. So people of all colors found themselves embracing law-and-order rhetoric and this punitive impulse that washed over the United States.

Why teach about structural oppression and other systems of control?

Young people are not likely to get this information from any other source. If we are ever going to overcome this, we first have to be able to talk about it, describe it, to know what it is. Unlike the old Jim Crow, there are no signs alerting you today to the existence of racial bias. The “whites only” signs are gone, and it’s easy today to be lulled into this belief that people are at the bottom because they simply don’t work hard or are lazy or prone to violence. If we don’t pull back the curtain for young people and help them to see how unconscious bias operates, how systems of discrimination operate, then they will continue to operate on a false belief that race discrimination is a part of our past and not our present. They will find themselves being part of the problem rather than part of the solution.

How do your book and the Teaching Tolerance teacher’s guide relate to the larger picture of teaching about civil rights?

Students are typically taught that racism was a thing of the past and now we are in a new time where race discrimination is illegal and we no longer accept or tolerate it. I think it’s critical for us to rethink how we teach civil rights in our schools so that we teach it as part of an ongoing struggle. If we are only [teaching] civil rights education as part of our history, but not acknowledging the struggles that remain in our present and how they are connected to the past, then we are doing young people an incredible disservice. We are not equipping them well to meet the challenges of our time. 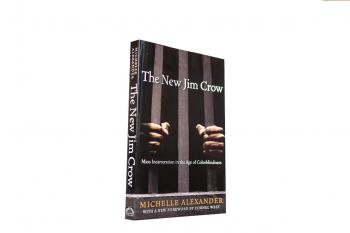 What do high school students need to know about the role of race in the criminal justice system?

It’s critical for young people to recognize that it’s not simply mean, cruel bigots perpetrating this type of discrimination. The decision-making at every stage of our criminal justice process is inevitably infected with unconscious biases and stereotypes. We all have them, all of us. No matter what color we are, no matter where we came from or where we are raised. These biases are part of our culture, and they’ve been with us since the birth of this nation. It’s important that we don’t simply deny the reality of these biases or try to defend against claims that bias exists but to just be honest about this reality so that we can have some hope of creating a justice system that is vastly more fair and more compassionate than the one we have today.

What else would you want students to understand from reading and studying your book?

They have the power to change the system. It’s easy to imagine that a system like mass incarceration can’t be dismantled. The same was said about slavery, the same was said about Jim Crow. And yet a powerful movement, led in large part by courageous, young people who were unwilling to accept the status quo, who were bold and brave and who were truth-tellers, helped to bring that Jim Crow system to its knees. I think it’s important that even as we learn about great injustice that we not become paralyzed by it but recognize that we are the change we’ve been waiting for and that young people—perhaps more than any other segment in our society—are the hope upon which future generations can rely.

Did you have any conversations while researching the book that were particularly memorable?

I think that the conversations that stand out most in my mind were with people who were formerly incarcerated. It’s one thing to read statistics. It’s another thing to actually hear the stories of people who have been released from prison with $20 in their pocket, turned out onto the street. Nowhere to go, nowhere to sleep. If their family lives in public housing, that family risks eviction just by allowing a convicted felon back home. They try to find a job and virtually every employment application has that box on it asking the dreaded question, “Have you ever been convicted of a felony?” Many people are released from prison for the first time when they are just 19, 20, 21 years old and have to face the harsh reality that, for the rest of their lives, these are the barriers they are going to face. This is their new normal.

What part of the experience of writing and publishing The New Jim Crow has fulfilled you most?

It is just so encouraging to see teachers putting it to good use in their classrooms, to see pastors and ministers putting it to good use in their churches and sharing it with their congregations. It’s encouraging to see young people organizing around the book forming Students Against Mass Incarceration chapters on college campuses. It’s encouraging to hear that, in prison, people pass the book around from cell to cell and are sharing it with their families so that their families can be better educated about the challenges they’ll face when they are released. To see others take it and run with it in their own way and carry the work forward, it’s almost like a relay race handing off so that this work can continue. And for that I am incredibly grateful.

Help students talk about justice by having them each create interview questions for authors they admire.