In the summer of 1964, the nation and the world were watching Mississippi and recoiling at the injustices suffered by its African-American citizens. Over the 10 weeks now known as Freedom Summer, more than 700 student volunteers from colleges and universities across the country joined with organizers from (among others) the Congress of Racial Equality (CORE), Student Nonviolent Coordinating Committee (SNCC) and local African-American activists in a historic effort to upend white supremacy in one of the nation’s most segregated states. These activists worked together to secure safety and voting rights and improve access to community services for all people in Mississippi, knowing full well they were risking everything.

Freedom Summer was marked not only by historic mobilization efforts but also by sustained and deadly violence, including the notorious Klan murders of James Earl Chaney, Andrew Goodman and Michael Schwerner, countless beatings, the burning of 35 churches and the bombing of 70 homes and community centers. The successes of that summer were far from inevitable and secured at great cost.

Directed by acclaimed filmmaker Stanley Nelson (Freedom Riders, The Murder of Emmett Till), Freedom Summer reveals the complex stories born of those sweltering weeks, events often overlooked in the larger narrative of the civil rights movement.

Beyond presenting a nuanced treatment of Freedom Summer and the larger civil rights movement, the film also connects to current struggles that educators and students alike should be aware of. “Nearly 50 years later,” Nelson says, “we are seeing challenges and rollbacks to the protections that were put into place following Freedom Summer. The Voting Rights Act of 1965 solidified the importance of the basic civil rights that organizers, volunteers and Mississippians were fighting for, and so I think it is incredibly valuable to watch and learn about that summer. It’s still a relevant fight today.” 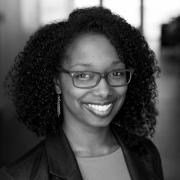 Monita Bell
is the interim co-director and managing editor of Teaching Tolerance.
Add to a Learning Plan
X
Add to an Existing Learning Plan
START A NEW LEARNING PLAN
Print