"I hope the voices of my students read loud and clear to everyone, just like they do to me."

Following the removal of four Confederate monuments in New Orleans, TT grantee Amy Dickerson explored identity and positive citizenship with her students. Students researched historical figures, places or events important to the city and wrote opinion essays about why their subject should replace one of the Confederate monuments. They published their essays as a book—Courageous, Eccentric, Diverse.

The New Orleans nonprofit Big Class caught up with Dickerson to discuss the process of creating the book, some surprising moments she and her students shared along the way, and what she hopes readers take away. 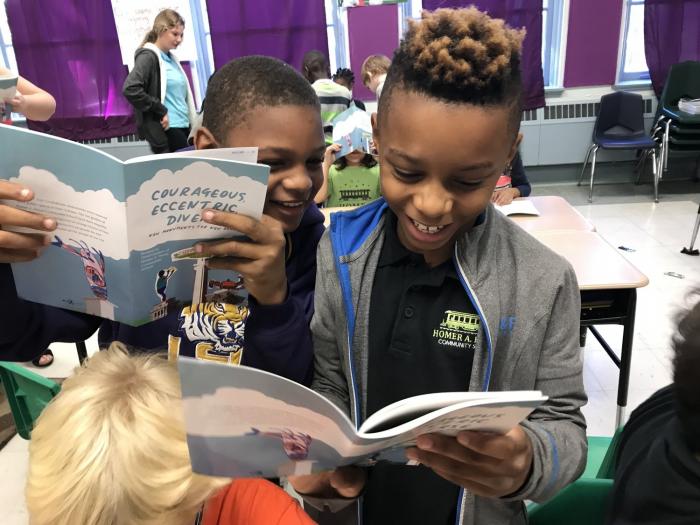 How did the concept for this project come about?

During the controversy surrounding the removal of the statues last spring, I wondered what my students would think if they had a say in the process. Generally, I think people don't give enough credit to kids, and I thought it would be an amazing opportunity to express their views of what they thought was important to New Orleans and to them.

How did you introduce this project to your students? What were their initial ideas for new monuments/thoughts on the project?

We started the project with reflecting on our own identity and generating adjectives to describe ourselves. Students studied the artist Nick Cave, who creates wearable pieces of art called Soundsuits that express his identity and views on social justice. My class created their own Soundsuits to match their adjectives and send a message through their art about their identity. After that initial step, it was easy to introduce the removed monuments, what they stood for and meant to people on both sides of the argument for and against them, and students truly understood why they were removed. We then took the idea about identity one step further and began to think about the identity of New Orleans by asking, "How can we, as citizens of New Orleans, express the identity of our city through new monuments?" and generating ideas for cultural touchstones that would project the positive identity they wanted.

Were there any surprising moments during this project?

There are always surprising moments in the classroom, and this project was no exception. I was so thrilled to see how much my students cared about this project and how important they felt it was. Watching them take ownership of their particular subject, be excited to research, and find a new appreciation for something in their city was incredibly cool as a teacher. The most surprising moment, though, was when they saw their book for the first time. I've never seen so much genuine excitement and pride in my years of teaching. And I've noticed that even now, months later, many of them carry their copy of the book around with them or keep it in their desk to read when they have a spare moment. 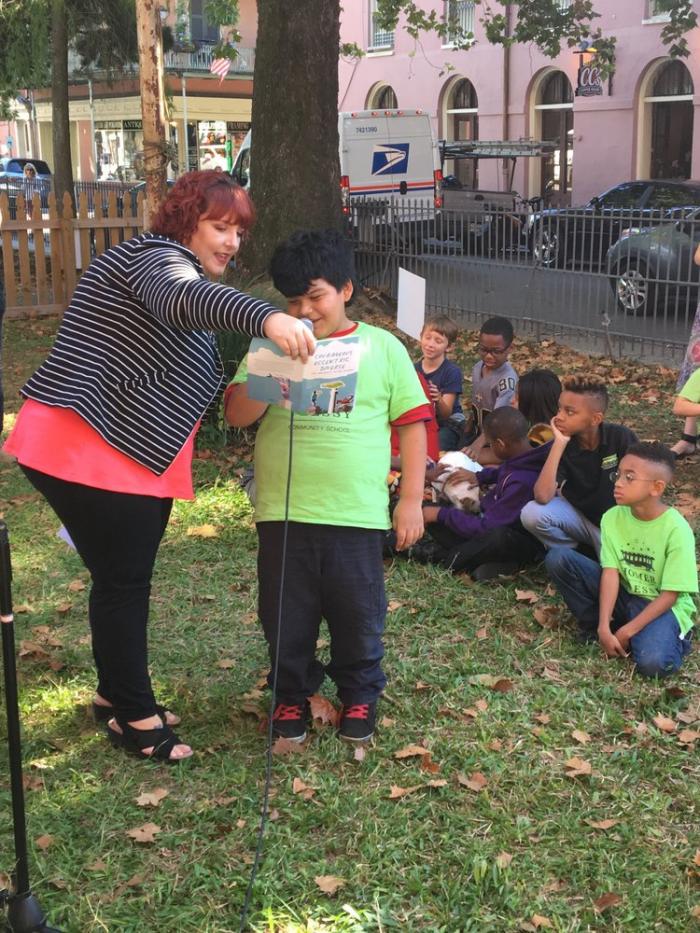 How did your students come up with the title?

Because students had already come up with adjectives to describe themselves, we took that idea and decided to brainstorm adjectives to match our monument ideas. They created a list of at least 25 adjectives total, and we then slowly brought it down to our favorites, as the students shared why they thought certain adjectives matched our book better than others.

What do you hope readers learn or take away from Courageous, Eccentric, Diverse?

I hope, first of all, that the voices of my students read loud and clear to everyone, just like they do to me. The removal of the Confederate monuments should have happened long ago, and I hope that the sincerity of the ideas in the book come through to readers, as well as an understanding of the kinds of things the kids in this city value.

This interview is republished with permission from bigclass.org.

Teaching Tolerance Educator Grants support educators who embrace and embed anti-bias principles throughout their schools. Apply for one today!