Spotlight on “Bridges Not Walls”

At The Cottonwood School in Portland, Oregon, Emily Conner guides her seventh-graders through an exploration of their hometown. The school frames its place-based education around their immediate environment, its culture and its social history. This year, Conner’s class examined national immigration history and policy with a special focus on Oregon and the city of Portland. “It would be doing a disservice to the kids if we didn’t address it,” Conner reflects. “I wanted to focus on Latino immigration because of how relevant it is to the news, our community and the greater Portland area.”

Conner’s students wrote “Where I’m From” poems to contemplate the intersection of their values and their backgrounds. They read a collection of narratives from young people who had left their home countries to immigrate to the United States. Conner posed questions like, “Why do people have to leave where they’re from? What would force people to leave?” 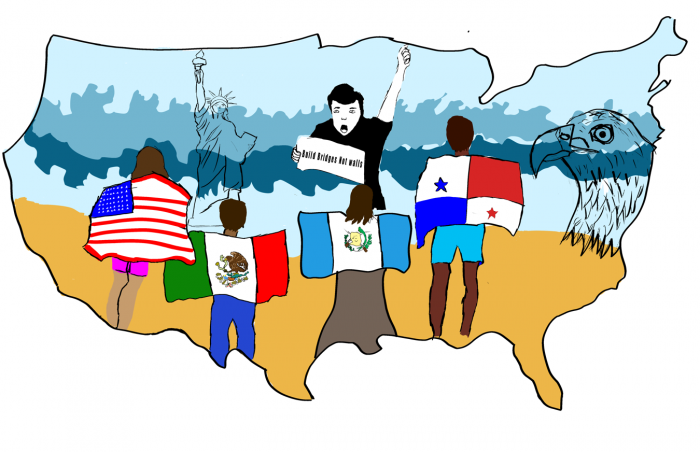 Their discussion fostered empathy for the immigrant experience, Conner said. “It was difficult [at first] for students to realize that people don’t really want to leave where they’re from. They don’t want to leave their home, but there are reasons that they have to. That was an early conversation.”

The class researched their own families’ immigration stories and displayed the patterns they found on a giant timeline. They also discussed the effect of historical context on immigration rates. “What was going on during this time?” Conner would ask students. “What was the attitude of the United States at that time?” The class noted key moments in history, like World War II, the Irish potato famine, the Great Depression and the Bracero Program of the 1940s. 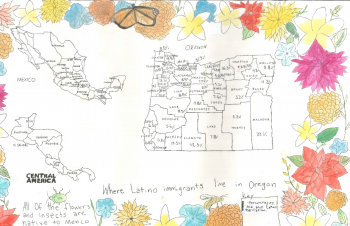 Conner approached Shea Flaherty Betin, director of Portland Mercado, a community organization supporting Latinx entrepreneurs, about forming a community partnership. The Mercado was busy planning for its third-anniversary party featuring the theme “Bridges, Not Walls/Puentes, No Muros.” Betin asked the class to create a pop-up exhibit for the occasion. No museums or exhibits in Portland focus on the Latin-American experience, Betin said, and little public information is available about DACA and sanctuary cities, topics that directly affect local community members. 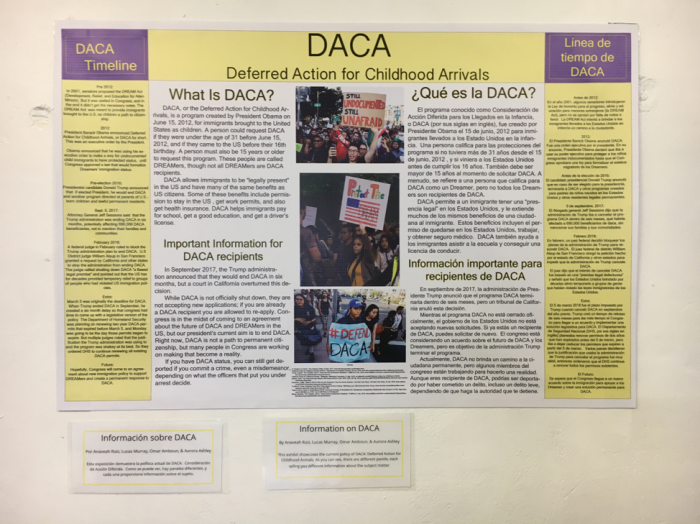 Throughout the project, the class visited local museums to learn about pop-up exhibits and how they’re created. They met with curators and designers to gain inspiration for their work. Inside the classroom, students studied the histories of various ethnic groups immigrating to the Pacific Northwest. 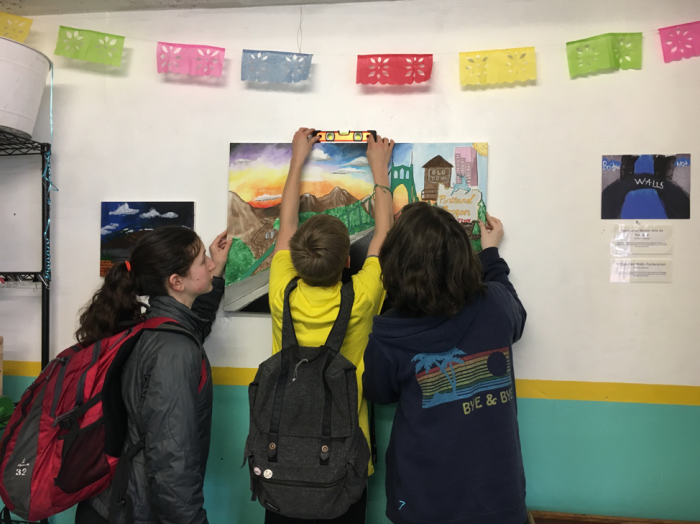 On the night of the anniversary party, students hung their exhibit—complete with sculptures, dioramas, paintings, hand-drawn maps and bilingual informational placards. They spoke with community members about their process, sharing their research with the attendees and receiving immediate, positive feedback. 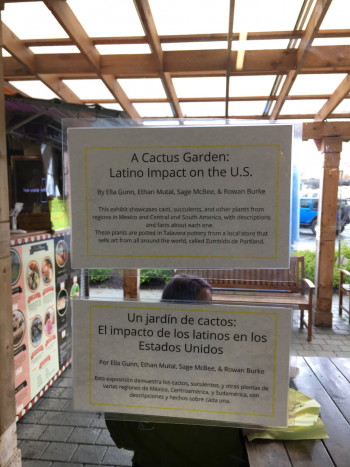 “People were not only impressed with the students’ work,” remembers Conner, “but some said, ‘I didn’t really understand that issue, and I’m really glad you clarified it.’ That was really exciting for the students, to feel like they were actually having an impact, being the teachers instead of just the students.”

The class exhibit will hang in multiple locations in Portland, and Conner hopes to deepen their partnership with the Mercado in the future. “It’s important to have an authentic audience and a topic that’s meaningful,” Conner notes. “Start with a solid partner and say, ‘Where could students create something? Who could they create it for? Who needs something?’ That feels much more authentic to kids—and to teachers as well.”

Learn more about the Teaching Tolerance Educator Grants program and apply for your own grant here!

TT Educator Grants support social justice work in the classroom, as well as at the school and district levels. Latinx middle schoolers in California interviewed community leaders who reflected about the challenging and rewarding path to a thriving adulthood.
Jey Ehrenhalt
article
Bookmark This PageSave