Power To The Pupils

Anyone who laments that American young people are apathetic, uninvolved or not sufficiently outraged clearly isn't up on the news.
Nicole McClelland
Issue 34, Fall 2008
Photo via AP Wide World
Teach This in a Learning Plan
X
Add to an Existing Learning Plan
START A NEW LEARNING PLAN
Bookmark Power To The Pupils
Print 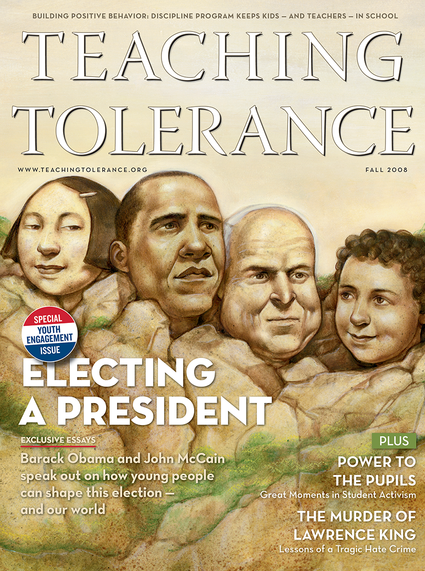 In a triumph for the environment, the members of Youth United for Community Action, an organization created and run by youths of color ages 13 and up in the Bay Area, became heroes of their neighborhood and role models for grassroots organizers nationwide when California granted their wish to shut down a hazardous-waste-handling company that had been plaguing the vicinity for more than four decades.

Tired of waiting for politicians and philanthropists who have pledged for decades to reform education, high school students are working diligently to improve their own schools. From Urban Youth Collaborative and DRUM in New York, to Rethinkers in New Orleans, to Youth for Justice in Los Angeles, youths across the country organized around everything from violence prevention to building eco-friendly, clean bathrooms — and got them. Meanwhile, the Detroit Summer Collective not only made a documentary examining the root causes and student-driven solutions to high drop-out rates, it also is transforming the entire city by organizing monthly pot lucks that act as interracial and inter-generational town halls.

The day after a few courageous black students at Jena High School in Louisiana sat under a campus tree traditionally claimed by white students, two nooses were dangling from it. When white youths assaulted black students later that year, they were tried as juveniles and got away with a slap on the wrist. But when black students allegedly retaliated, the district attorney charged five of the students as adults and charged each with attempted murder. Thousands of young people participated in a mass protest held in Jena and in rallies held across the country. Many more demanded justice in the case — one that epitomizes unfair prosecutions of people of color in the U.S. — by wearing all black on designated protest days.

In 2007, Congress passed the College Cost Reduction and Access Act, the most significant tuition reform bill in 15 years. For two years, PIRG and the United States Student Association had mobilized youths to get college affordability on the congressional agenda. Students nationwide brought the issue to the attention of both the media and their peers and worked closely with politicians in swing districts.

Two years of organizing and protesting finally paid off for the Student/Farmworker Alliance, which, in partnership with the immigrant-laborer-led Coalition of Immokalee Workers, finally achieved results from its long-standing boycott against McDonald's. The company agreed to pay an extra penny per pound to its tomato suppliers, nearly doubling the wages of the impoverished pickers in Florida. Organizers are still hard at work, now targeting Chipotle.

On Friday, November 16, 2007, Youth Against War and Racism called for a high school walkout protesting the war. More than 1,000 students from the Puget Sound area alone left their classes that morning to protest the war and an issue even closer to the students: military recruiters in schools. Participating in the walkout were more than 125 students from Foster High School in Tukwila district, Washington, where military recruiters target students, 71 percent of whom are from low-income families. Though many expect youths, especially low-income, to support and even fight in the war, they proved in 2007 that they are not going to take it sitting down.

Three years after the United States classified the situation in Darfur, Sudan, as genocide, students were still organizing to make sure the crucial cause isn't ignored. In December, thousands of students worldwide fasted to raise money to fight rape in the African region, a protest organized by STAND, a student anti-genocide coalition. Companies have started divesting in ventures that support the government that allows the genocide to continue, and awareness is at an all-time high. As long as the violence rages, so will the activism.