In Puerto Rico, there is a saying: Somos cuatro gatos…miaou. In other words, how can we do anything? We are just four cats. Miaou.

In K-12 education, there is also a saying. How can we close the “achievement gap”? In other words, if our students’ parents speak little or no English, often lack formal education, and are strained by poor health, violence, inadequate housing and transportation and the related stresses of living in poverty, how can teachers be expected to bring those students up to speed with their peers? Miaou.

In my school district, we — teachers and parents — found a way to change the question. How can our community support the grassroots leadership development and organizing efforts of low-income parents and guardians to close the “opportunity gap”? Together we learned to roar.

I teach at Jackson Street School, the largest and most diverse of the four elementary schools in Northampton, a small, liberal city of about 29,000 in western Massachusetts. Thirty-seven percent of Jackson Street’s students receive free or reduced lunch. About half of my students’ parents are service workers in area restaurants, hotels, colleges and universities, nursing homes and hospitals. Others work in various professions, from law and medicine to the arts. Some of my students live in subsidized public housing and others live in $500,000 homes. Some are homeless, staying in shelters or living with relatives.

Although approximately 24% of students  in the Northampton district are children of color and about 25% are low-income, there were no low-income parents or people of color on the School Committee. Although each school’s PTO, civil rights committee and school council are active organizations, their participants are generally educated, middle-class, white and native speakers of English. This is a district that thinks about multiculturalism, inclusion and achievement for all of its students. It is also a district where many low-income parents of color feel like outsiders in their children’s schools. 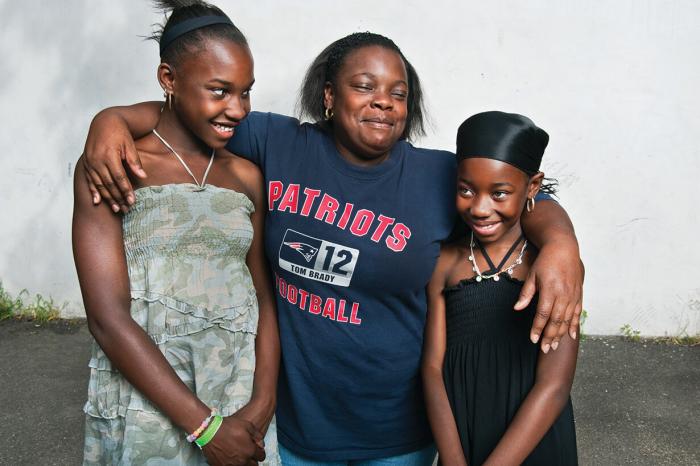 In 2007, two local parents, a colleague and I created Families with Power/Familias con Poder (or FWP), an effort to empower low-income families of color to take action to help our children succeed in school. We were inspired by The Long Haul, the biography of Myles Horton, founder of Highlander Folk School in Tennessee. Before I read the book, the main thing I knew about Highlander is that it was where the NAACP sent Rosa Parks for organizer training, before she sat down on the bus.

Horton was influenced by the Danish folk schools he visited in 1931. He noted some characteristics of these schools that he wanted to apply in the US:

Clarity in what [the school] is for and against.

— From The Long Haul

For years, my colleague Kim Gerould and I had been successfully inviting and involving parents of all demographic backgrounds to volunteer in the classroom, to chaperone field trips, to attend performances and exhibitions and participate in class potlucks.

That was all well and good, but we saw that it wasn’t enough. Years of work on our district civil rights committee and endless discussions of the “achievement gap” made us feel that a radically different approach was needed. We wanted to shift the dynamic. Instead of teachers being the empowered ones, inviting parents to volunteer in educational activities at school, we wanted a model that empowered parents. We wanted to see parents running their own educational activities in the community and perhaps sometimes inviting teachers to volunteer at those activities. 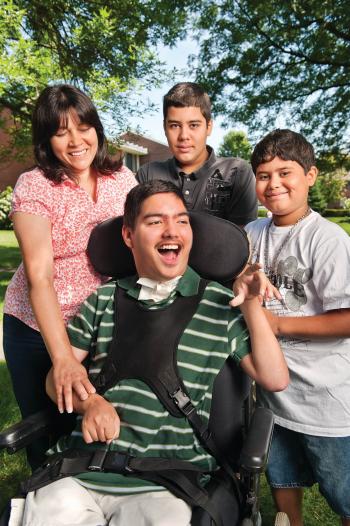 I remembered that in 2004, when my class organized a voter registration drive, a parent came in and told the children about the first time she voted. Eneida Garcia told us about her first impression of a community organizer who came to her small village in Puerto Rico when she was a girl in the 1960s. She explained how the community organizer first rallied people around hurricane preparedness. The organizer drank coffee at the homes of everyone in the village and organized meetings. Next, Garcia’s father became active in organizing neighbors to get running water for their village. The model Eneida had described sounded a lot like the model we were hoping to implement with parents in our community.

I talked with Eneida about Highlander, and about Horton’s popular education idea, which appealed to her as well. She agreed to help and said we should contact Maria Aguilar, a parent in a neighboring city who had been frustrated in her efforts to organize Spanish-speaking parents of students in special education.

Eneida said: “I’m a single working mother. I don’t have time to go to meetings at school to hear why someone thinks my kids’ test scores are low, but I’ll make the time to do something with my kids that will help them do better in school.”

So Eneida began organizing bilingual family reading parties, which celebrate families reading together. Parents organized the parties in their homes, inviting friends and neighbors. Over refreshments, the parents recruited others to organize more reading parties.

At the first family reading party, families gathered in the living room of Eneida’s friend, Aurea (who had a bigger apartment) on a frigid night in January. The apartment filled with children ranging from preschool to high school and their parents. A telenovela played on the television. Eventually Eneida came, pushing her 18-year-old-son, Freddy, in his wheelchair, followed by her sons Juan and Jorge, in their pajamas and bathrobes. Jorge spread out the Spanish and English picture books we’d chosen from the school library that morning. Eneida shut off the television, looked around the room at her friends, smiled and asked, “Quien quiere leer?” There was a quiet pause. Then one of the parents, Mayra, smiled with delight as she recognized a title in Spanish and reached for the book. As she opened it, her son leaned in close to look at the pictures. Mayra straightened up on the couch and held the book up to show the pictures. In a voice as confident as any teacher’s, Mayra began to read.

A few months later, we held our first major workshop, designed to cultivate leadership. We invited the parents/guardians who had emerged as leaders through the family reading parties. Parents/guardians organized childcare and Families with Power/Familias con Poder provided a stipend.

All participants got to know each other in less-formal activities (dancing, singing, a bonfire, walking, eating together) in addition to the workshop activities. Participants began to vocalize their questions and concerns and to brainstorm alternative visions.

Every parent at our first workshop expressed some variation on this theme: I went to a meeting once, and there was nobody there like me.

“I tried going to meetings at school, and these people do all the talking and sound all educated,” said parent Norma Cardona. “If I try to say anything, I don’t know how to talk right. I ain’t going to a meeting that’s gonna make me feel stupid.”

Eneida’s idea of neighborhood-based, parent-organized family reading parties was turning out to be a brilliant solution to an old problem.

Parents finished the workshop by generating individual and organizational action plans. One plan was for FWP to speak before the School Committee. Never before had a group of low-income parents come to the School Committee or spoken there in Spanish. At this first public speaking engagement, FWP members were so nervous they were trembling. Many friends and family members were in the audience for support. They were so nervous that when Eneida Garcia began to interpret for Irma Lucena, she repeated what Irma said in Spanish, until Irma nudged her and whispered, “En ingles!”

Since then, FWP members have spoken publicly at Civil Rights Committee and faculty meetings and have been co-presenters at educational conferences.

Roque Sanchez, an FWP member and guidance counselor in the Hartford, Conn. public schools, summed it up best. “Sure, they were nervous at first, but now… they are like lions!”

Eneida, Norma, Irma and a fourth parent, Janet Namono, committed to becoming family reading party coordinators for their neighborhoods, running events every Friday night, rotating between their four neighborhoods. FWP ran a book drive and collected baskets full of books, which now serve as informal lending libraries in each neighborhood. Irma said, “We are not just cuatro gatos anymore. We are like the four pillars that hold up the house.”

Today, FWP hosts international visitors interested in our work, including indigenous teacher activists from Mexico and Spanish students and educators interested in better integrating Muslim immigrants into Spanish society. We collaborate with teachers to increase participation in school events like bilingual family math nights. We’re planning a third annual weekend workshop, with members leading the popular education training activities. We’re expanding efforts in the area of cultural organizing, with an after school plena drumming program for students and their families. (Plena is a traditional style of Puerto Rican drumming.)

Although FWP is fairly small — and not planning to get very big — some see it as revolutionary, with its twin goals of grassroots parent empowerment and increasing student achievement. 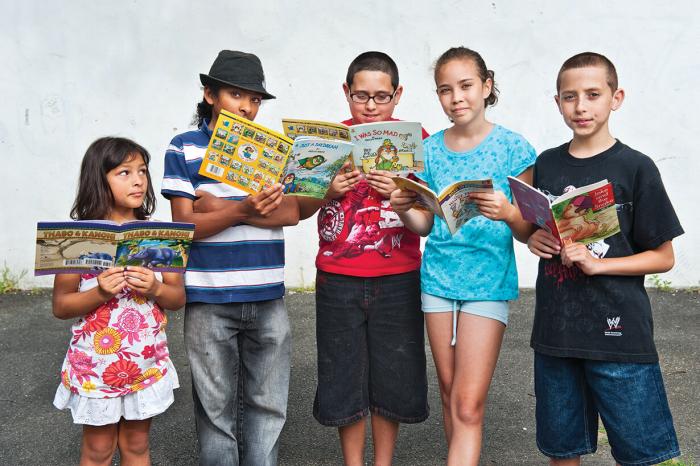 Recently the Jackson Street School Civil Rights Committee invited Families With Power/Familias con Poder to a meeting with the superintendent and the director of pupil services. Norma Cardona called the members and assigned different portions of the agenda. One parent came all the way to the school just to tell Norma she was too sick to speak at the meeting. When it was time, Norma adjusted her glasses and gave her report about the FWP retreats. One by one, she called on other FWP organizers to speak about the programs they coordinate. Janet Namono described the family reading parties. Josefina Rodriguez described our Family Writing Project and gave a copy of our Escribiendo Juntos/Writing Together anthology to the superintendent. Irma spoke about the plena drumming program and Eneida told them about our support group for families of kids with ADHD.

As I watched Norma confidently coordinating FWP’s agenda, I thought about what she said after our first workshop two years before.