Zero tolerance policies were supposed to end school violence. Instead, they’re pushing students out of school and into the justice system — and children of color are paying the highest price.
Rhonda Brownstein
Issue 36, Fall 2009
Bookmarked 6 times
Illustration by Joe McKendry
Add to a Learning Plan
X
Add to an Existing Learning Plan
START A NEW LEARNING PLAN
All articles from this issue
Print

Eight year-old “Jenny” was suspended from her third-grade class for two days for bringing a pair of cuticle scissors to open the wrapper on her school breakfast. Under the school’s zero tolerance policy, Jenny’s teacher believed she had no choice but to report Jenny to the principal. Humiliated and traumatized, Jenny missed two days of school, and now has a suspension on her permanent school record. 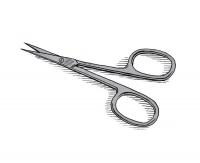 “Joseph” was 13 when the bullying against him started. Under his school’s strict discipline rules, all students involved in a fight received the same punishment, regardless of who started it. After several fights that resulted in repeated, multi-day, out-of-school suspensions, Joseph fell further and further behind, failed the seventh grade, and became increasingly alienated from his school. He eventually dropped out.

These stories are all too typical of what is happening in schools across America. Significant numbers of students are being pushed out of school as a result of “zero tolerance” school discipline policies. While nobody questions the need to keep our schools safe, teachers, students, and parents are questioning the methods we are using in pursuit of that goal.

Initially enacted to counter violent behavior and drug use, zero tolerance school disciplinary policies have expanded to cover more minor misbehavior. As a result, the U.S. has experienced dramatic increases in the number of students suspended, expelled and referred to law enforcement for school-based incidents.

These practices are paving the way for higher dropout rates and involvement in the criminal justice system, a pathway often referred to as the “school-to-prison pipeline.” Likewise, these practices have been shown to worsen the climates of our schools, leading to teacher burnout.

Zero tolerance is a failed approach.

Zero tolerance policies — policies that mandate predetermined consequences for rule infractions, regardless of the circumstances — were initially aimed at making schools safe. The best way to prevent serious violence at school, the theory went, was to ban any and all weapons or threats of violence, and to accept no excuses.

Over the past decade, however, many school districts have enacted harsh disciplinary consequences — suspensions, expulsions, alternative schools and referrals to law enforcement — for a broad array of student actions. These “one-size-fits-all” policies often apply not only to possession of weapons, drugs and alcohol, but also to possession of medications legitimately possessed by students, school supplies and common objects such as nail clippers and scissors. Zero tolerance policies have also been applied to behaviors like truancy, tardiness and vague catch-all categories such as “insubordination” and “disrespect.”

More kids are being suspended and expelled from school for relatively minor infractions.

From the St. Petersburg Times: a 10-year-old girl found a small knife in her lunchbox, placed there by her mother, for cutting an apple. She immediately gave the knife to her teacher, but was expelled from school for possessing a weapon. 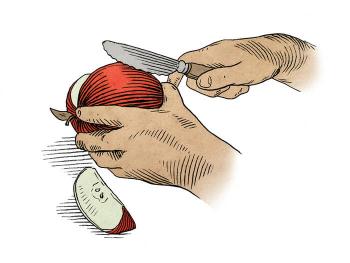 From the Atlanta Journal-Constitution: A teen student in Columbus, Ga., was expelled for violating school rules by talking to his mother (with whom he had not spoken in 30 days) on a cell phone while at school. His mother was on deployment as a soldier in Iraq.

Across the nation, suspensions and expulsions in public schools have increased dramatically. Between 1974 and 2006, the rate at which U.S. students were suspended and expelled from school nearly doubled — from 3.7% of students in 1974 to 7.1% of students in 2006. The U.S. Department of Education estimates that over 100,000 students were expelled and 3,300,000 students were suspended at least once in the 2005-2006 school year, representing an 8% increase in suspensions and a 15% increase in expulsions since just the 2001-2002 school year (school enrollment increased by only 3% during the same period).

Kids who are suspended and expelled are at greater risk of dropping out.

The consequences of these harsh disciplinary practices are devastating. Students who are repeatedly suspended, or who are expelled, are likely to fall behind their peers academically, paving the way to their eventual dropout. The research correlates dropout to suspensions and expulsions. A student is also more likely to drop out if he or she has been retained for a grade — a common consequence of multiple suspensions.

An 11-year-old at a middle school in Highlands Ranch, Colo., took a lollipop from a jar on the teacher’s desk and was charged with theft. The boy was convicted of a misdemeanor and put on probation. 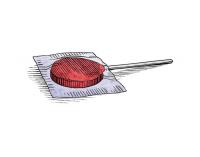 In Florida, a five-year-old girl was arrested and forcibly removed from her elementary school by local police for having a temper tantrum in class.

Many schools and districts are turning to the juvenile justice system to handle school-related misconduct — and not just for violent behavior.

While law enforcement and the juvenile justice system play valuable roles in protecting school safety, too many school disciplinary incidents are being handled by the police and courts. Overreliance on police to handle school misbehavior keeps law enforcement from focusing on dangerous threats to school safety — the very reason zero tolerance policies were enacted in the first place.

Some teachers and administrators report a sense of hopelessness. They are required to call law enforcement for disciplinary matters for which they used to call home; instead of helping to resolve conflict, they must watch school resource officers handle discipline by arresting students. Others view juvenile court involvement as a way to obtain much-needed social services for students in crisis. But for students, the consequences of being arrested are devastating.

According to a 2006 study by Gary Sweeten of Arizona State University, a first-time arrest during high school nearly doubles the odds of a student dropping out, and a court appearance nearly quadruples those odds. Arrested youth are also likely to see school as the institution that resulted in their involvement with the criminal justice system, harming any trusting relationship with educators. Alienation from school has been shown to accelerate the course toward juvenile offending. According to the Centers for Disease Control, out-of-school youth are significantly more likely than in-school youth to engage in physical fights, carry a weapon, smoke, use alcohol and other drugs, and engage in sex.

Exclusionary discipline policies are based on the assumption that the removal of disruptive students will result in a safer climate for others. That sounds like common sense, but the research shows the opposite. Schools with higher rates of school suspension and expulsion appear to have less satisfactory ratings of school climate and less satisfactory school governance structures, according to the American Psychological Association. They also appear to spend a disproportionate amount of time on disciplinary matters. Recent research also indicates a negative relationship between the use of school suspension and expulsion and school-wide academic achievement, even when controlling for demographics such as socioeconomic status.

Not an Effective Deterrent 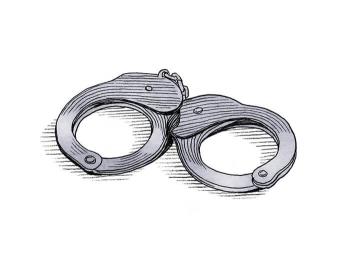 Rather than reducing the likelihood of disruption, school suspension appears to predict higher future rates of misbehavior and suspension. Studies of school suspension have typically found that 30 to 50 percent of those suspended will be suspended again. In one study, researchers Tary Tobin, George Sugai and Geoff Colvin found that students who were suspended at the sixth-grade level were more likely to be referred to the office or suspended in eighth grade, leading the researchers to conclude that “for some students, suspension functions as a reinforcer rather than a punisher.”

Teachers are being pushed out, too.

American schools have a high teacher turnover rate, and while it’s difficult to attribute the problem to one single source, ineffective discipline polices clearly play a role in driving teachers out of the profession.

White students are referred to the office at a higher rate than students of color for offenses that are more objectively proven: smoking, vandalism, leaving without permission, and obscene language. In contrast, African-American and Latino students are referred for discipline at a higher rate than their white peers for disrespect, excessive noise and loitering — behaviors that would seem to rely more on subjective judgments on the part of educators.

Ten-year-old James was dealing with severe emotional and behavioral disturbances. Over a two-month period, other students harassed him multiple times. James reported the harassment to school officials, to no avail. A week after being choked by a student, James was knocked to the ground by the same student while others watched and laughed. Frustrated, angry and frightened, James jumped to his feet shouting, “I could kill you.” When school officials called the police, James was removed from the school in handcuffs, placed alone in the back of a police van, and charged with making “terroristic threats.”

Children with mental and emotional disabilities are much more likely to be suspended, expelled and arrested at school, despite disciplinary protections that exist under federal special education law. Many of these children have a difficult time conforming their behavior to school requirements. Lacking the necessary — and legally required — supports and services to address the behaviors that are a manifestation of some disabilities, many schools are desperately turning to school exclusion as their response.

PBS (sometimes referred to as Positive Behavioral Interventions and Supports or PBIS), is based on the premise that continual teaching, modeling, recognizing and rewarding of positive student behavior will reduce unnecessary discipline and promote a climate of greater productivity, safety and learning. PBS schools apply a multi-tiered approach to prevention, using disciplinary data and principles of behavior analysis to develop school-wide, targeted and individualized interventions and supports to improve school climate.

PBS is just part of the solution to the pushout problem. School administrators need alternatives to exclusionary school discipline practices. Even in the age of zero tolerance, many school districts have disciplinary codes that allow for a great deal of discretion by teachers and school-level administrators. In some cases, school personnel have options beyond suspension, expulsion or arrest, but are simply unfamiliar with effective alternatives to these measures.

There are indeed effective alternative strategies, including:

• “behavior contracts” that spell out expected behaviors, consequences for infractions, and incentives for demonstrating positive behaviors

• loss of a privilege, such as attendance at a school sporting event.

• in-school suspension, during which the student can complete assignments and receive academic assistance.

• a “Check & Connect” program, in which a student meets one-on-one with a designated teacher several times a week to “check-in” and receive support.

Fixing school discipline is not an impossible task. The first step, for teachers and administrators, is to recognize their own power.

Working together, teachers, administrators and parents can create safe and orderly classrooms where class time is spent on instruction, not wasted on ineffective discipline.