The Lessons of a Rural Principal

Eighteen years ago, I thought I was starting a brief stint at a rural school. It turned into a career full of experimentation and success.
George Wood
Issue 38, Fall 2010
Photography by Sharon Steinmann
Add to a Learning Plan
X
Add to an Existing Learning Plan
START A NEW LEARNING PLAN
All articles from this issue
Print

Rural schools don’t usually make people think of innovation or experimentation. In fact, many people view rural areas as being too traditional or complacent to blaze educational trails.

But I am  fortunate to be principal of one rural school, Federal Hocking Middle and High School, that is not afraid to innovate. Federal Hocking is also committed to achieving greater equity, democracy and student achievement. Our school is not perfect, but staff members have sorted out some important issues through trial and error. And they have done so with students who come primarily from poor and lower-middle class families.

What follows are the lessons we have learned over the last two decades—lessons that might prove valuable to others who want to move their schools along to fulfilling a public, democratic purpose.

Federal Hocking serves a rural part of southeastern Ohio, nestled in the foothills of the Appalachian Plateau. The area is large geographically, covering over 190 square miles. But it produces fewer than 1,100 students for the school district, with only 420 or so students in the secondary school. The average family income hovers around $20,000. Many people find themselves chronically in and out of work.

Federal Hocking benefits from a nearby university in the county seat of Athens, Ohio. And I came to be principal while taking a leave from that university. What was to be a two-year stint has turned into a long-term career. Last spring, I shook hands with several children of folks whose hands I shook on graduation day 18 years ago. In those nearly two decades, under the leadership of a dedicated faculty, Federal Hocking has become known as a center of innovation and change in public education.

The path began 18 years ago when staff members started to look at how we could improve the school’s culture. Too many students were just coasting through. Too many were not connected to their classes, activities or the faculty. And the building had a kind of reckless feel to it. It wasn’t old, but it was in a state of disrepair. And the faculty, while committed to the students, did not feel empowered to make a difference in the lives of our kids.

The Question Was, Where to Start?

After a year of study, we realized that we needed a school that was smaller and slower. This would allow us to create a culture where the faculty could better connect with the students. At the time, going smaller and slower ran opposite of the conventional wisdom.  Schools in rural areas were being consolidated and made larger to create economic efficiency and a greater number of course offerings. And the entire nation seemed devoted to speeding things up, especially when it came to schools. There was great pressure to teach more content sooner to more children.

Let me explain what I mean when I say “smaller.” Federal Hocking was already small in population, with fewer than 400 students. But we found that we were acting like a big school (we jokingly referred to ourselves as a “big school in drag”). With an eight-period day, students had to juggle as many as eight separate subjects and teachers were seeing as many as 150 students a day. While we were in charge of helping young people use their minds well, there was no time, as Deborah Meier has put it, to get to know their minds.

I would like to claim that we did all sorts of research before launching our reforms, but that would not be true. It is true we visited a few schools and looked at some different ways of organizing how we used time and size. But the fact of the matter is that one day, over the copy machine, a senior faculty member and I just turned it all into a division problem—how few class periods a day could we go down to before the class sizes became to large to manage. The answer: four periods a day.

The following year we launched our block schedule. That is now common in many schools, but it was somewhat heretical two decades ago. We found that the school culture did indeed change. Students and faculty came to know one another better, there was more time for in-depth exploration of ideas and concepts, and discipline problems nearly vanished. There were simply fewer human interactions to work out each day.

Now we faced a new question: How do we use our new-found culture? Over the years we have added a number of things to our plate to make sure that we engage every student well. Those changes include:

I’d like to say that all these changes went smoothly and without controversy. But they didn’t. The portfolio requirement caused so much anger at one point that the local school board did not renew my contract as principal. Thankfully, the non-renewal was withdrawn after a student protest and walkout. I can also thank community pressure and the good work of an attorney. Shortly thereafter a new school board was elected that supported the changes recommended. However, I realized afterward that some of the blame lay with me. Had I done a better job of communicating what we were trying to do and garnering community support for the changes, this unfortunate event would not have occurred.

Despite this setback, the initiatives we started at Federal Hocking led to some clear indications of success. The school’s graduation rate is over 95 percent yearly. Well over 70 percent of our students go on to college, and nearly all of them are admitted to their first choice. Local employers report that they look forward to hiring our graduates, and data from a transcript study show that our students earn over a B+ average in college.

But there is something more. Our students continue to display the characteristics we value—tolerance, engagement, lifelong learning—after they leave our walls. They are registered to vote, are active in local politics and civic groups, and volunteer in all parts of community life. They have, we believe, developed the habits of heart and mind that democracy requires, and that our communities need.

Too many students were just coasting through. Too many were not connected to their classes, activities or the faculty. 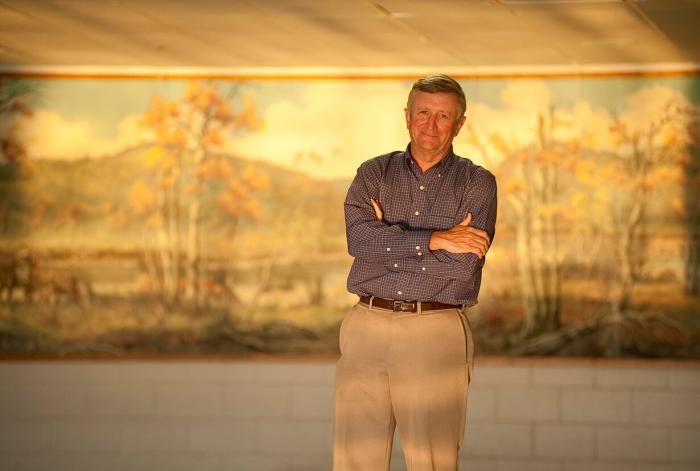 Over 18 years the staff at Federal Hocking has learned a lot about changing a school culture. Here are some of the most important lessons.

Change has to begin with the perceived needs of those to whom the change is going to happen. Too often we allow the “experts” to both define the problem and present the solution. This is the case in much of school reform today, and it has led to failure after failure among reformers. When I came to Federal Hocking I was armed with my college professor ideas of how to “fix” the school—we would institute teaching teams and integrated curriculum. But the staff and students wanted a different approach. Rather than isolated teams, they asked for a school with more collaboration and community.

The most important issue for any principal is to establish the proper school culture. If the culture is not right—if teachers and students are not well connected, if democracy in all its forms is not practiced, if people are just going to school—no reform matters. Thus, any progress through the hard and good work of school change has to begin with taking the school’s temperature, repeatedly.

Every change has to be measured against three standards:

Finally, though said too often, communication is key. You cannot stop talking, ever, about why the school is doing what it is doing.  Remember, every few years the population of students and their families turns over. That means every issue, every change, every challenge must be returned to again and again to ensure buy-in and commitment on everyone’s part.