LETTERS TO THE EDITOR

Tell it to the President

The winner of the 2012 presidential election will face huge challenges when it comes to education. So we asked our readers to tell this year’s candidates why students matter, what they need and how to improve schools.
Issue 42, Fall 2012
Teach This in a Learning Plan
X
Add to an Existing Learning Plan
START A NEW LEARNING PLAN
Bookmark Tell it to the President
Print 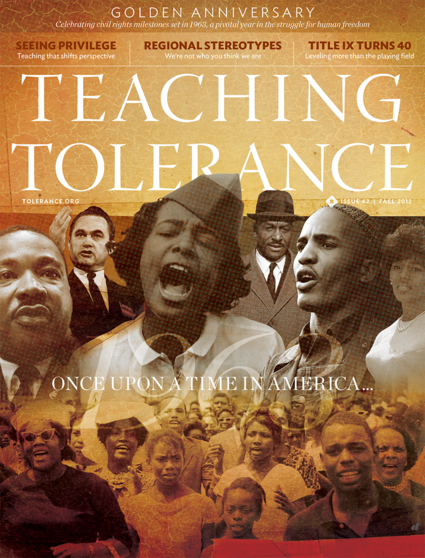 I’ve been teaching for over 30 years. A student I taught in third grade now has a daughter in our school. He came to talk to my fourth graders. I recall that he had severe dyslexia. Reading, writing and math were all challenging for him, although he was one of the most compassionate children I’ve known. He would have had trouble passing the No Child Left Behind tests. He might have felt unworthy and perhaps might never have gained the confidence to do what he loves and excels at.

He is now in the Air Force, a medic, whose job is rescue. Among other things, he’s been to Afghanistan three times and helped after hurricanes. He showed the students a video clip of himself from the previous week, parachuting out of a helicopter to rescue an injured man on a boat in the ocean.

I want you to know how vital it is to treat children as individuals, each with a different mix of strengths, challenges, interests, family structures, home environments, resources and so on. The No Child Left Behind Law ignores all this, aiming to judge every child in the United States by the same limited and limiting criteria. I urge you to repeal NCLB and help Americans value individual differences.
Ruth Kroman Gorrin
Berkeley, Calif.

Gay kids need role models like all kids. Some of the best role models for any kids are their teachers. Yet many of us teachers in America live in fear of losing our careers and livelihoods if we are found out to be gay. Being gay does not affect how a teacher teaches, nor is it discussed in the classroom. We need protection against being fired and our careers ruined for simply being who we are—which is what we tell our students they should be.
Terri Morgan
Atlanta, Ga.

Let's Have a New Conversation

Please reframe the conversation about teaching. It’s not about the unions, tenure, an inferior curriculum or standardized tests. It’s about poverty. It’s a truism in education that you show me a student’s zip code and I’ll tell you how she’ll do on a test. Why doesn’t anyone talk about closing schools in Santa Monica or Shaker Heights? Do you really think the teachers in those communities are so much better than the ones in East Harlem?

Clean up our inner cities. Give students healthy meals. Make certain they live in good homes and have adequate health care. Give them books and quiet spaces to learn. Ask a teacher. We know.
Nancy Letts
Cortlandt Manor, N.Y.

Be Proactive, Not Reactive

I have spent years as a teacher and counselor in elementary schools, junior highs and high schools. We put monies into career guidance and focus the funding and personnel in the upper grades when all of our research and experience tells us to be proactive and create change where it is most effective—in the lower grades. What a waste that later we spend it on prisons and drug rehab instead of saving those lives before they go off track. Instead of increasing the counselors for elementary schools to teach positive coping processes we wait until there is a problem and then try to fix it. The biggest impact I have is on children in kindergarten through third grade. None of this is new so why are we still reactive instead of proactive?
Talana Fawson
Ogden, Utah

Funding Cuts a Recipe for Disaster

Students want desperately to complete their educations and start their careers, but they are unable to due to the dramatic decrease in funding to institutions of higher learning. As dean of English and Social and Behavioral Sciences at a community college, I know firsthand the struggles to keep up with increased demands coupled with decreased funding. It’s a recipe for disaster. Please consider the long-term costs that a lack of education and deficient job skills will create for our country. Undereducated and uninformed voters create apathetic citizenry. Idle youth spawn increased vandalism and crime. And desperate people move from productive citizenry to crime and jail. These potential outcomes are much more costly than giving our students the education they desire and deserve.
Janet Castaños
El Cajon, Calif.