Even with our expanded approach to grading, we were still interested in looking at the content specified in states’ major documents. We used the 2011 essential-content rubric, found in Appendix B. Table 8 breaks out the scores for each state in terms of the essential-content rubric’s major categories: leaders, groups, events, history, opposition and tactics, with total content scores included for comparison. There is considerable variance among the content categories. Scores are highest in the leaders category, with an average score of 39 percent. The lowest average score, 16 percent, is in the opposition category. The average content grade is low at only 27 percent. Scores shifted from 2011 in part because several states dramatically improved their standards (Tennessee and Oklahoma are examples of this), but also because we included “suggested” content as well as “required” content this year.

In addition, we reprised our 2011 analysis by taking a closer look at the kind of content in state documents. Some states went into a surprising amount of detail regarding the civil rights movement. Sometimes these details were specific to events in a state (e.g., the Tallahassee bus boycott in Florida); at other times, they did not seem to have a specific relationship to a state’s particular history (e.g., the Texas requirement that students learn about Lester Maddox).

Table 9 shows all required details for all surveyed states ranked by how often the detail was found in a state’s documents. These numbers represent the number of states that required each item. These details were included if they were mentioned in the major documents, regardless of context. This means the table fails to capture nuance in state standards. Unfortunately, for most states there was little nuance to capture, as these requirements often appear in lists rather than as part of meaningful and well-constructed learning expectations. Table 10 takes the same list and breaks it out by category.

The list reveals a continuing lack of national coverage of the core elements of the civil rights movement. We were pleased to find that the majority of states mention Brown and Martin Luther King Jr. in their major documents. From there, consensus drops off dramatically. This year, unlike 2011, we counted mentions of the Ku Klux Klan and Jim Crow in the Reconstruction era and the 1920s, even if states did not connect those ideas to the civil rights movement. Still, we were disappointed to see that fewer than half of the states included Jim Crow laws in their major documents and only 11 included the Ku Klux Klan. Only one state covers Bull Connor, a surprising omission of a figure who symbolized opposition to the movement in the eyes of a generation. This is consonant with the overall low state scores in the rubric’s opposition category and serves as some confirmation of the “sanitization” hypothesis advanced by Epstein and others.

Sorting by categories, as in Table 10, adds an additional level of nuance. It reveals a lack of consensus among states about the civil rights movement’s essential leaders and events, while showing how little detail is required for the history and opposition categories. 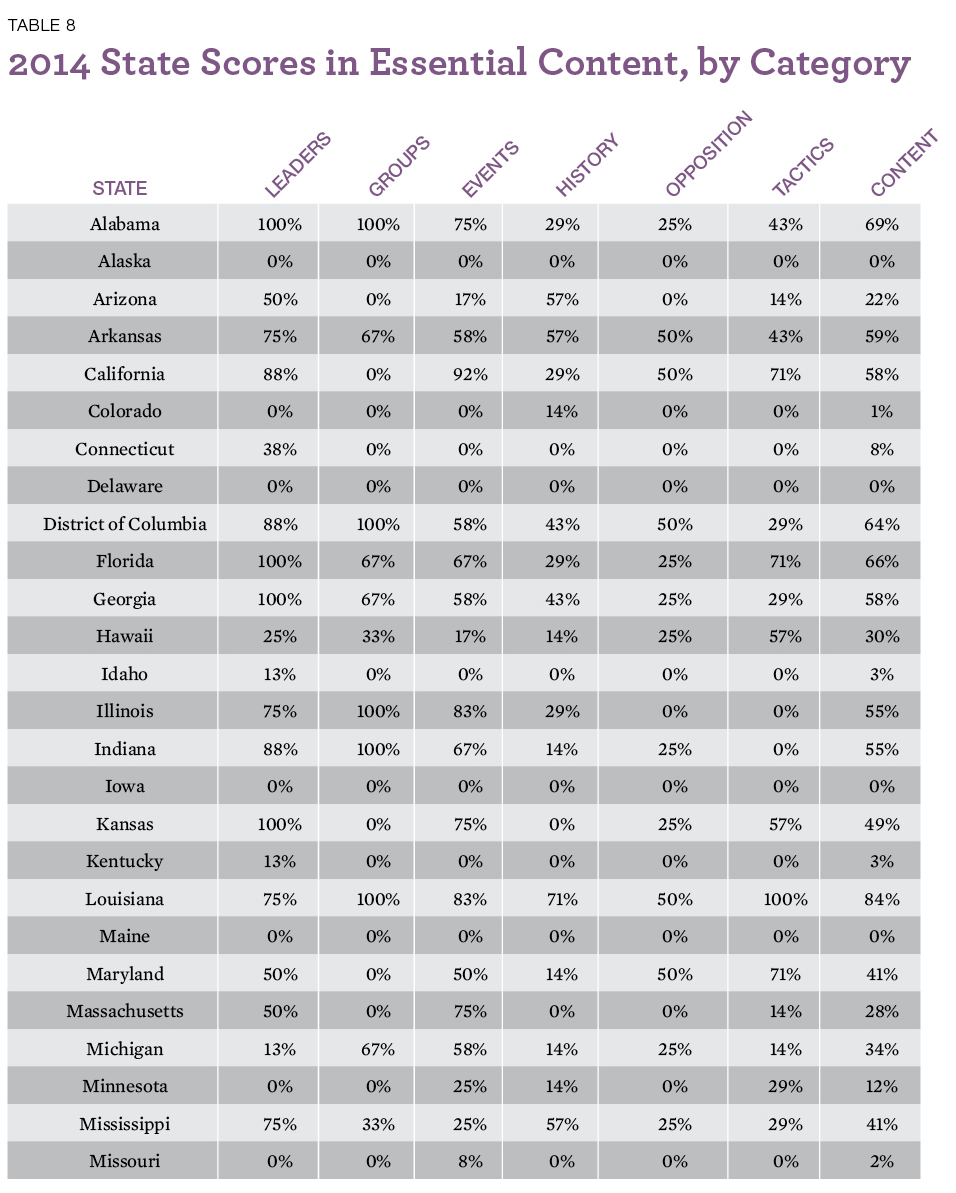 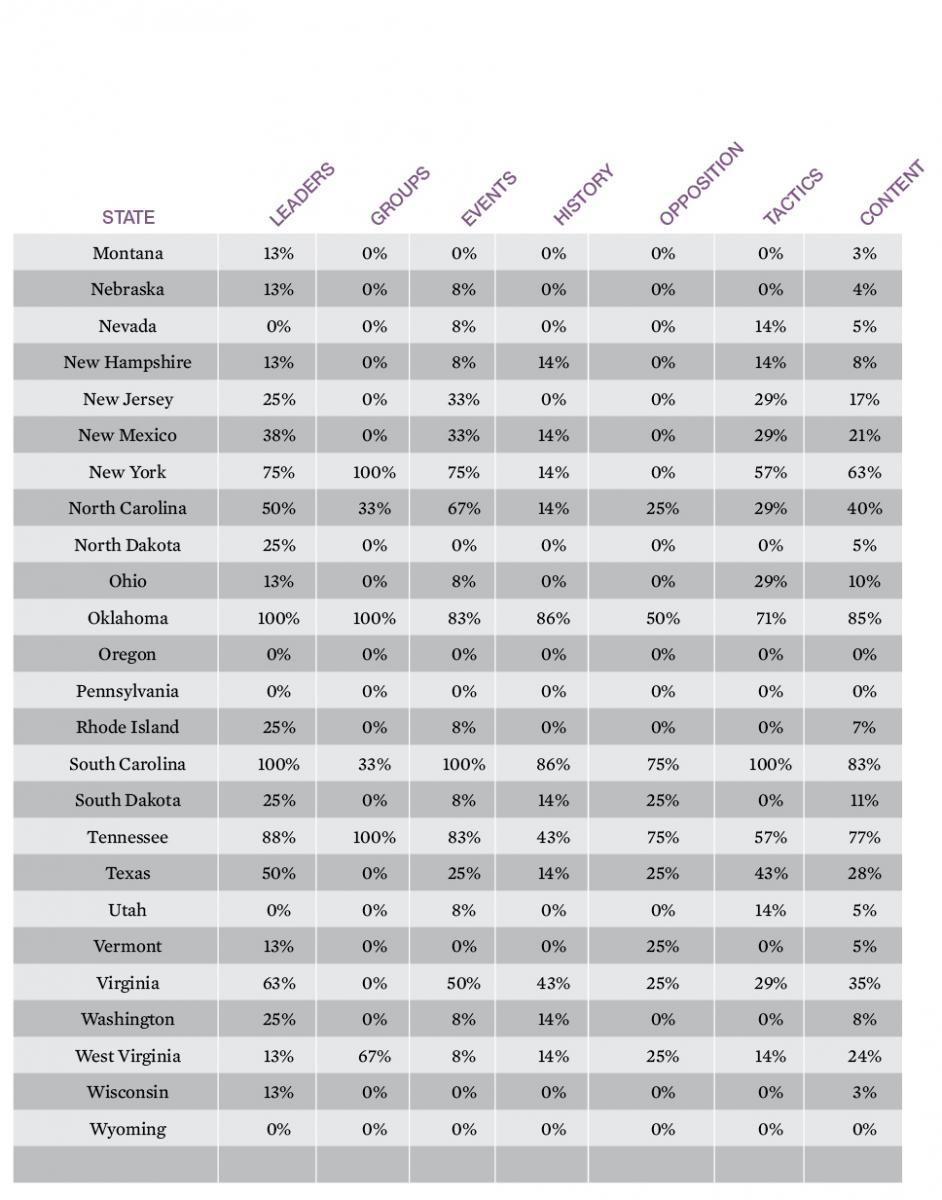 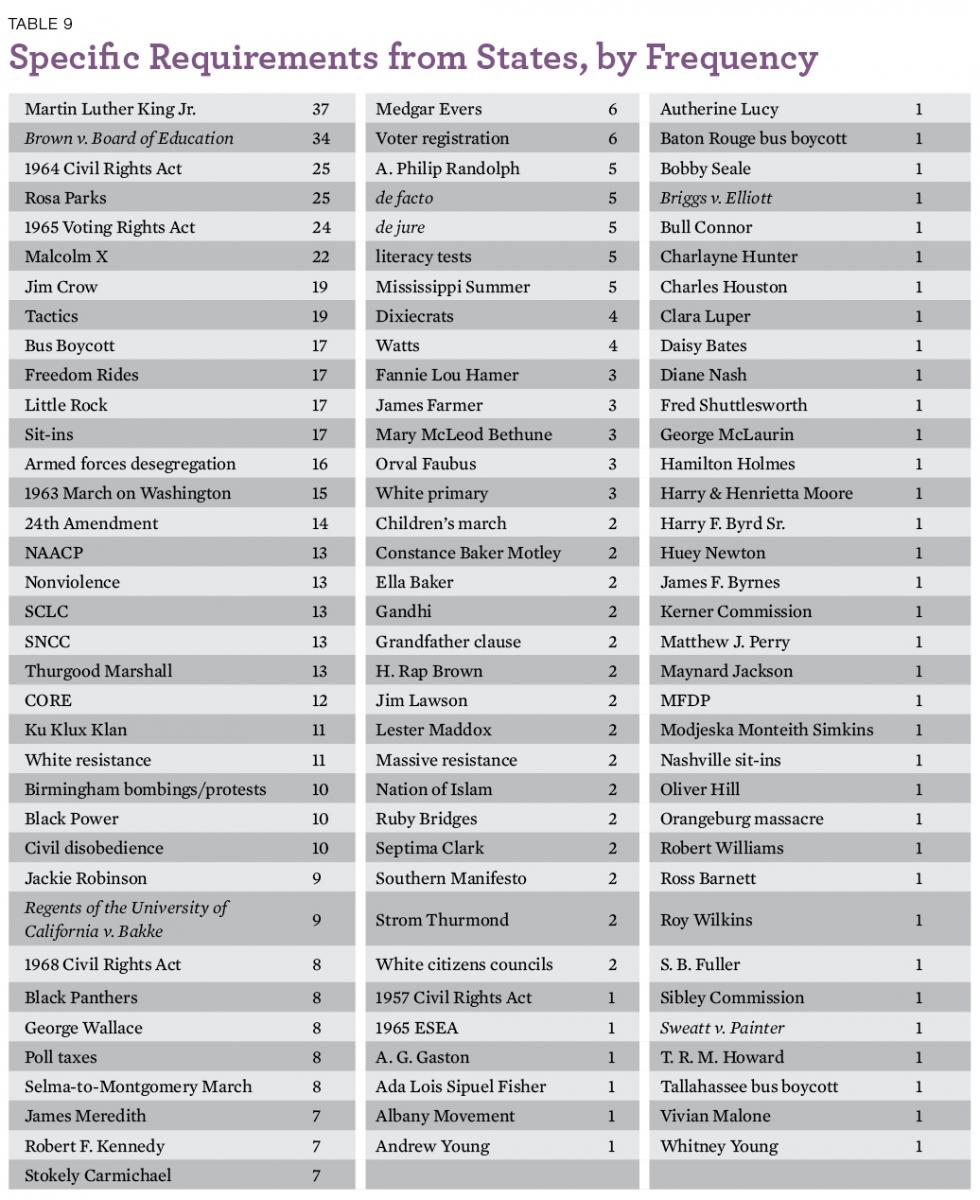 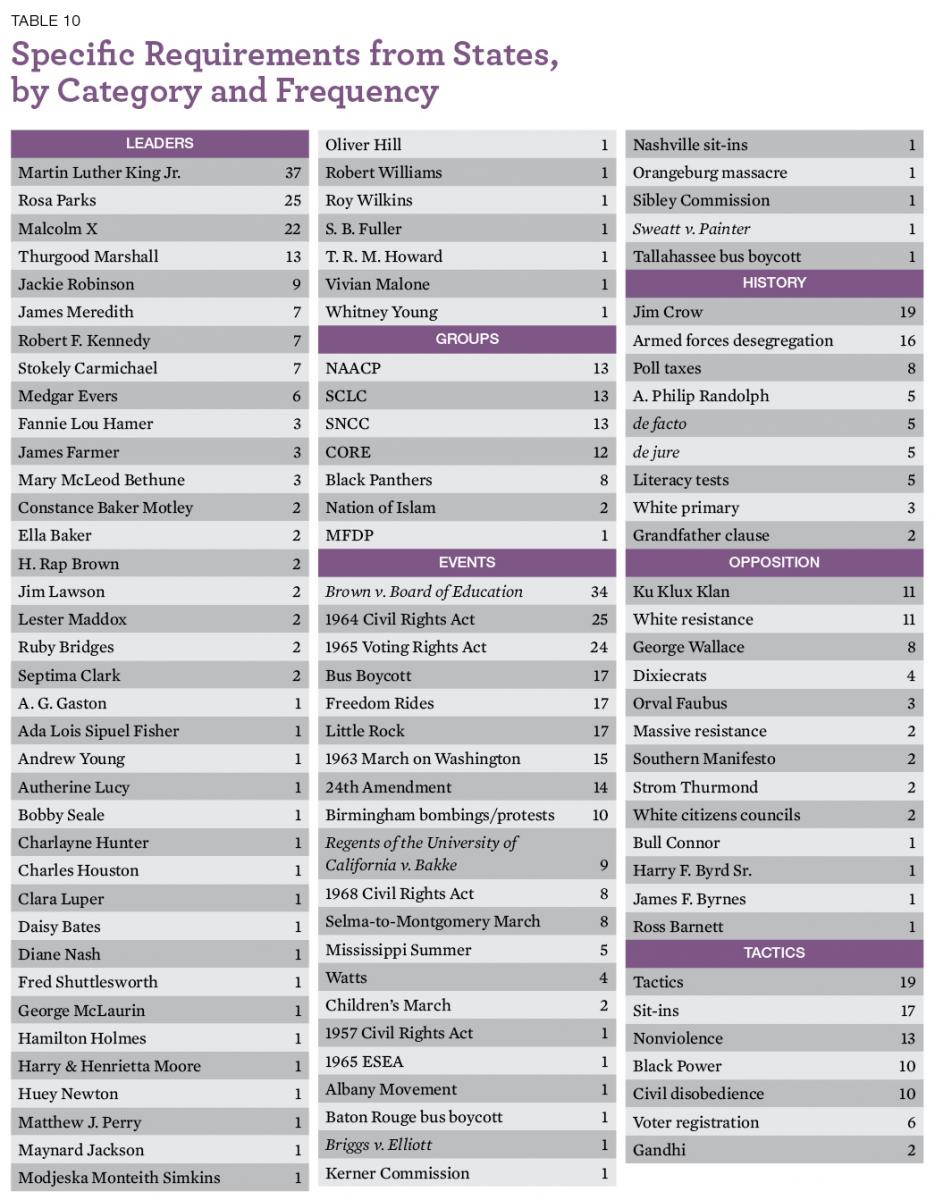