In the three years since the Southern Poverty Law Center first reported on the state of civil rights education, the nation dedicated a memorial to Martin Luther King Jr., and commemorated the 50th anniversaries of James Meredith’s admission to Ole Miss, the killing of Medgar Evers and the Birmingham Children’s March. Despite this attention, the bad news is that ignorance remains the operative word when it comes to the civil rights movement and much of African-American history. 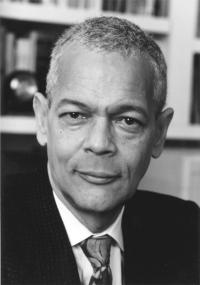 We saw this when the cast of the Real Housewives of Atlanta visited a church in Savannah where holes had been bored in the floor to provide ventilation on the Underground Railroad. Porsha Stewart, granddaughter of civil rights leader Hosea Williams, quickly piped up to explain.

“Well, there has to be an opening for a railroad at some point,” she said. “Because somebody’s driving the train. It’s not electric like what we have now.”

The civil rights illiteracy of the American people is without dispute. The reasons are many. One, as this Teaching Tolerance study suggests, is the failure of our educational system.

When I taught at Harvard University some years ago, worried that I would be speaking down to my students, I devised a simple test of their knowledge of the civil rights movement and its major figures. Not one student could identify Alabama Governor George Wallace, whom one student described as “a television commentator who covered the Vietnam War.”

They knew Rosa Parks and Martin Luther King Jr. Beyond that, ignorance.

We know that racial animosity exists throughout the land. A Cheerios television ad featuring an interracial family produced such a racist response the sponsor had to withdraw the comments section.

The star of a popular reality series about a successful Southern family was temporarily taken off TV when the family patriarch expressed the view that, until the civil rights movement stirred them up, blacks were happy and content, singing in the cotton fields. The show was reinstated after an avalanche of support from viewers.

President Obama has been the butt of racist claims, caricatures and criticism since he was elected.

Racist attacks against the President; racial illiteracy among the population.

Some of us remember a song from the musical, South Pacific:

“You’ve got to be taught to be afraid

Of people whose eyes are oddly made,

And people whose skin is a different shade,

You’ve got to be carefully taught.

You’ve got to be taught before it’s too late,

Before you are six or seven or eight,

To hate all the people your relatives hate,

You’ve got to be carefully taught”

This report strives to insure we are carefully and correctly taught, not to hate, but to understand and know each other.

Julian Bond chaired the NAACP Board of Directors from 1998–2010 and became Chairman Emeritus. He was a Distinguished Scholar in the School of Government at American University in Washington, D.C., and a Professor in the Department of History at the University of Virginia. He was also an emeritus member of the Southern Poverty Law Center Board of Directors.