A new film from Teaching Tolerance shows youth have the power to change the world.
Issue 27, Spring 2005
Teach This in a Learning Plan
X
Add to an Existing Learning Plan
START A NEW LEARNING PLAN
Bookmark Announcing The Children's March
Print 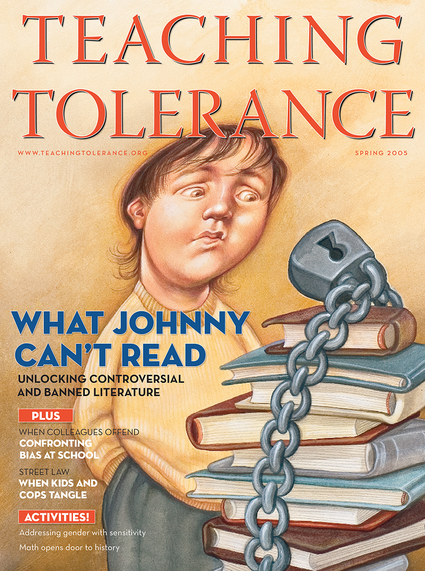 On May 2, 1963, the children of Birmingham, Ala., flooded the city's streets — and the city's jail — to challenge segregation. With dogs and fire hoses, police tried to stop them. Yet, in ways their parents could not, the children prevailed, defying the police intimidation that long had plagued Birmingham's black community.

More than 40 years later, this courageous story is brought to life in a new award-winning documentary from Teaching Tolerance, in conjunction with Tell the Truth Pictures.

Beginning in January 2005, Mighty Times: The Children's March and its accompanying teacher's guide will be distributed, for free, to an estimated 50,000 schools. A longer version will air on HBO later in 2005.

"'The Children's March' is a beacon of hope for young people who see and experience social problems and feel disempowered," said Jennifer Holladay, director of Teaching Tolerance.

"Too often in this country, we talk about activism and social change as venues for adults. But the children of Birmingham brought segregation to its knees, and today's young people possess that same power — the powers of resistance, rebellion and love for humanity."

The 30-page teacher's guide accompanying the film utilizes music, art, civics and social studies to encourage students to think critically about the world around them, in a cross-curricular, participatory way.

"Since the film is about youth activism, we thought it would be interesting to focus on sustainability," said Teaching Tolerance's curriculum specialist and writer Jeff Sapp. "What keeps you going in the face of adversity? What sustains you from childhood on?"

"The Children's March" already has received critical acclaim, earning top honors from the International Documentary Association as the best short film of 2004.

The film marks the first time Teaching Tolerance is offering a documentary in both DVD and VHS format. Thanks to the supporters of the Southern Poverty Law Center, "The Children's March" and its teacher's guide will be provided to educators at no cost.

"'The Children's March' reminds each of us, young and old, that youth have the power to change the world," Holladay said.