When Basir Jamil was 8 years old in 2001, he hated the terrorists who destroyed the World Trade Center, smashed into the Pentagon and downed an airplane full of people in rural Pennsylvania.

So when he was called the same thing—a terrorist—a few years later in middle school, he was shocked. 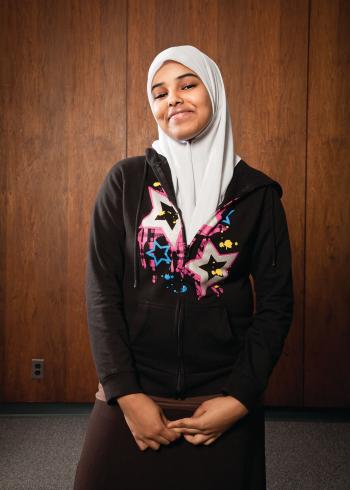 But he knows that’s not the case for thousands of other Muslim kids across the country.

“People should have the right to speak out, but they should be more educated before they say something,” says Basir, 17, whose parents are from Pakistan. The Islam he has been raised with is a peaceful religion, he says.

America’s 2.5 million Muslims make up less than 1 percent of the U.S. population, according to the Pew Research Center. Anecdotally, we know that many Muslim students face discrimination. Unfortunately, no group or government agency keeps statistics on the subject. But some cases have warranted investigation by the U.S. Department of Education’s Office of Civil Rights.

Muslim groups have reported widespread bias as well. The Islamic Networks Group is a San Jose, Calif., nonprofit that promotes education about Islam. In recent years, the group has spoken with Muslim students about what they were experiencing. Content Director Ameena Jandali says her organization wanted to know if the students’ beliefs had made them targets for taunts and bias. “We were shocked to see it was happening on a regular basis,” she says.

Inflamed by the News

Jandali says news stories frequently trigger anti-Muslim incidents. In recent months, those stories included the controversy over a Florida preacher threatening to burn Qur’ans and the uproar that followed plans to build an Islamic center near the World Trade Center site in New York. Jandali says just about any anniversary of September 11 also heightens the tension for Muslims.

This constant cycle has had a profound impact on Muslim students nationwide. Here are just a few of the incidents that have been reported:

For many Muslim students—particularly those who don’t speak English—teachers are their best defense, says Jandali. Educators need to set clear and consistent guidelines.

“Schools can change the situation by saying there’s a no-tolerance policy in our schools, that there are going to be consequences,’’ she says. “Our approach is that education is the best way to prevent bias and discrimination—try to prevent that bad thing from happening.”

On the first day of Kathy Wildman’s world religions class at Chantilly High School in Fairfax County, Va., she sets ground rules for the year.

“How do we talk about religion in a way that is neutral—a way that is fair?” she says. “It’s important to create safe space. No student will ever be asked his or her religion.”

When she addresses Islam, one of the things she discusses is the concept of “jihad.” While jihad can mean fighting against others, it more frequently means a struggle that is fought within one’s own heart. It is a struggle for self-improvement. “That really surprises them,” Wildman says. “We try to break a lot of stereotypes in the Islam unit.” 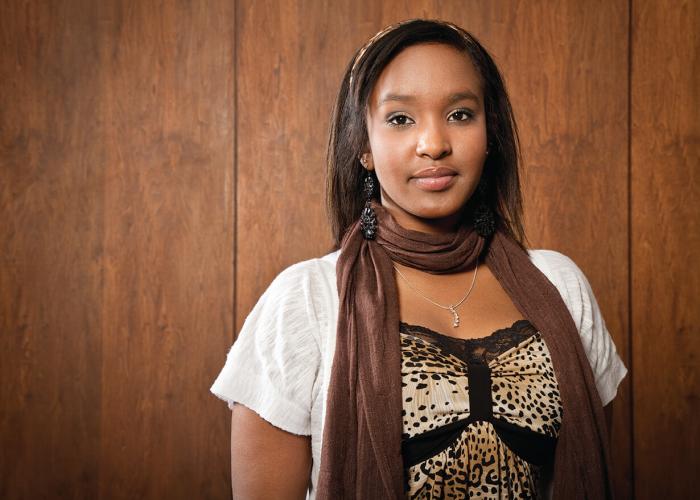 In Connecticut’s West Hartford Public Schools, students begin learning about religious holidays starting in kindergarten and study religion in greater detail in middle and high school. “We really focus on understanding where everybody’s coming from—religion is a piece of that,” says Superintendent Karen List.

But developing that mindset wasn’t easy. “It has created a lot of angst,” she says. “How do you talk about this?”

A New Set of Expectations

Killen envisions classroom visits from school counselors who can talk about Muslim and Arab traditions and discuss the differences within those groups, “just like in Judaism, from Hasidic to reform to secular. That helps you to reduce stereotypes.” If head coverings worn by some Muslim women seem strange, students can be shown images of Catholic nuns and Orthodox Jewish women covered virtually from head to toe.

For teachers who are reluctant to delve into these sensitive issues, there are compelling reasons to do so, Killen says. There is a strong correlation between a child’s sense of inclusion and academic success.

“Children who experience bias are not going to do well academically,” Killen says. “If you’re excluded from your peers you don’t really want to go to school. There’s a direct relationship there.”

Since the September 11 terrorist attacks, there has been a spike in teachers’ interest about Islam. But one of the obstacles to dealing with religious bias for many teachers—including experienced ones—is that their knowledge about Islam is often limited, says Diane Moore, a divinity and education professor at Harvard University.

She says taking a cultural studies course to learn about a religion, any religion, can help educators become aware and responsive to issues of discrimination. “One good course can radically alter teachers’ perceptions,” she says.

“We have been exposed to a variety of sources that will be useful in the classroom, including Islamic literature, poetry, ‘passion plays,’ calligraphic art and the meaning of the Qur’an in support of certain Islamic beliefs,” she says.

Southeastern Michigan is a richly diverse area that includes one of the largest Arab-American communities in the United States. But it’s a divided region where kids from different backgrounds rarely meet, says Christine Geoghegan, director of Generation of Promise.

For the last 20 years, her group has been trying to make those contacts. Each year, 60 high school juniors are chosen for a 10-month program that gives them the opportunity to showcase their culture and learn about others.

“We attempt to take students who are leaders in those communities, who can influence their peer groups, and expose them to that diversity in a real, intimate way,” she says. That can happen through trips to a mosque in Dearborn, which has a large Muslim population, or by attending a Shabbat dinner at the home of a Jewish student.

Last year, Maya Edery, an Israeli-American wary of Arabs, was paired with Mohamad Idriss, a native of Lebanon who is Muslim, at the group’s first gathering.

They have become close friends.

“You can coordinate the most sophisticated program,” Geoghegan says, “But what changes people is people—access to relationships they’re otherwise not having.”

“I never had any friends who are Muslim or Arab,” says Maya, 17, now a senior at Berkley High in Berkley, Mich. After visiting a mosque and learning about Islam, “I basically learned it’s very, very similar to Judaism.”

As for Mohamad, who goes to Dearborn’s Fordson High, which is mostly Muslim, Maya opened up a new world.

“We live at most, maybe, an hour away, but you don’t get around,” he says. “All my life, I’ve heard one side of the story. I was waiting for this.”

Maya and Mohamad’s experience was a happy one. But the fact is that navigating the world of religious differences remains difficult.

In St. Cloud, Minn., some Muslims live in a hostile atmosphere. For instance, last year a local church tried to run an ad questioning whether Muslims were a threat to the United States. That hostility has trickled down to high school students, who’ve reported several instances of harassment.

Eddah Mutua-Kombo is a communications professor at St. Cloud State University. She has been working with high school students through the Communicating Common Ground program, getting them to open up about their feelings and interact with each other.

Read more about debunking misconceptions about Muslims and Islam.