When Empathy Is Paramount

Putting empathy into action is a daily calling for Kelly Wickham Hurst.
Issue 52, Spring 2016
Teach This in a Learning Plan
X
Add to an Existing Learning Plan
START A NEW LEARNING PLAN
Bookmark When Empathy Is Paramount
Print 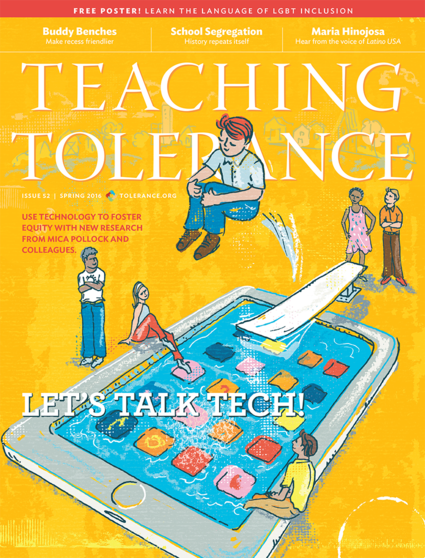 Meet Kelly Wickham  Hurst, the guidance dean at Lincoln Magnet School, a tech-focused middle school in Springfield, Illinois. In her daily work, Hurst says, empathy and a willingness to reflect on deeper issues affecting students are keys to connecting with them.

What prompted your career transition from teaching to administration?

To be perfectly honest, it was because I was seeing our black and brown children not taken care of at the administrative level in a way that I thought was equitable. I think I spent too many years being angry about it before I recognized it for what it was—and that was systemic racism. … I’ve worked in five different schools in this district, as well as a private school outside of our district. [Black and brown students] were given discipline instead of maybe some mental health care, getting a social worker involved, and I thought the only way for me to make a difference … was to be in the position where I would have to be in charge of that.

You’re one of two educators of color at Lincoln Magnet School. What is that experience like for you?

I feel like an island floating out in this huge ocean, and I feel like I’m constantly waving the white flag. There are many times when I go home extremely frustrated because of the way the system works. I recognize and acknowledge that I’m a part of the system, but I’m trying to work from my position in making some change. I do it in a lot of different ways.

For instance, we have a student of the month, and what I first noticed was, even though we’re only 45 percent white, the number of students … nominated for student of the month was overwhelmingly white. And I thought that was problematic. [Some teachers] had to get to know me and understand what I was saying, where I was coming from. And then, I started talking to them about, “I’ve noticed that you pick students and they all happen to be white, middle-class kids, and I think that’s fine, but can we talk about why we have student of the month and why we honor students and why it’s important to look for diverse [students]?”

You’re the head of your school’s problem-solving team, which is for the students who are falling through the cracks. How do you support these students?

I run some attendance and some failure lists on a pretty regular basis. … I will cross-reference [these] with: Does this student already have an IEP? Do they have a 504 plan in place? And, if I’m noticing something happening on the social front, is that something that we need to address?

I spend a lot of time going back to their elementary [school] and contacting the problem-solving leader or the social worker in that building and finding out what they did that worked with a kid. For many of them, it’s something as simple as they just need an adult in the building who cares about them. For others, I meet with some kids on a weekly basis about their grades to find out: “What is it that’s stopping you from getting better grades?” “Are you not understanding the material?” “Is this a matter of going home and having to take care of younger siblings?” “Does your parent work third shift …?” “In that case, you’re staying after school with me.” Part of the problem solving is taking away every single obstacle [to] getting a kid to be successful. 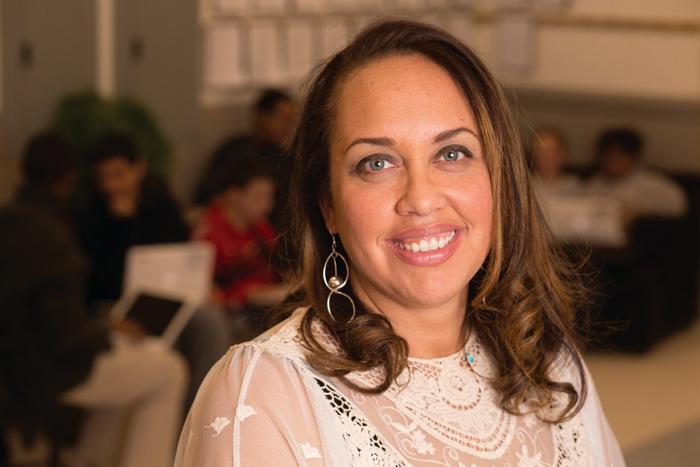 You say that empathy is paramount in your work. Why?

Because I deal with human beings; because this is a people job. And, I think that a lot of times we look at issues at school and just think that we can’t do any more. … I think that if you don’t pay attention to what outside factors are involved, then I think we’re missing a big, huge piece because all the research tells us that these outside factors are extremely important. I make it a mission of mine to get to know these kids and their families and what struggles their families have, and while I can’t fix them, I can at least communicate that to the teachers who are dealing with the kids in the classroom on a regular basis. …

I don’t think everybody has to have the same struggles that I had to get here. I was homeless as a teenager. I was pregnant as a teenager. … A lot of empathy that I bring into my job comes from the way I wish people would have treated me because I was completely cast aside. … My guidance counselor and my teachers treated me as [if] I lost brain cells when I got pregnant and put me in these lower classes and lowered their expectations for me, and that’s not acceptable. It wasn’t then and it’s not for me now to do that with these students.

Know an excellent administrator, librarian or counselor we should interview?

Tell us all about them.