When Carmen asks her mom what it means to be Puerto Rican and American, she learns a valuable lesson about identity and culture.
Melissa Stuart
Issue 64, Spring 2020
Bookmarked 26 times
Illustration by Blanca Gómez
Add to a Learning Plan
X
Add to an Existing Learning Plan
START A NEW LEARNING PLAN
All articles from this issue
Print

Third grade had just started, and Carmen was nervous. Carmen was born in Puerto Rico and had only been to the mainland once before, so life in Florida was a new and exciting adventure. She was glad that her mother was teaching at her new school.

Even though she missed her home on the island, Carmen enjoyed learning about the history of her new one. Social studies was her favorite class, and this week, they were learning the names of the states. Her teacher began each day with a song that named all 50 states in alphabetical order.

One morning as the class sang, Carmen noticed something that she hadn’t noticed the day before. She turned to her elbow partner, Daniel. “Mrs. Miller forgot to say, ‘Puerto Rico,’” she whispered.

When Carmen saw her mother that afternoon, she told her what had happened.

“Mrs. Miller doesn’t say, ‘Puerto Rico’ when we are singing the song about the 50 states,” she said. “I listened for the states that start with the letter P, and there was only Pennsylvania.”

“It’s great you noticed that, Carmen,” her mother said. “It shows that you are really paying attention! But it is not a mistake. Puerto Rico is a territory, not a state.”

Carmen didn’t know what a “territory” was.

“So we’re not Americans?” Carmen asked.

“We are,” her mother explained, “because we live in the United States. And even though Puerto Rico is not a state, territories like Puerto Rico and Guam are still a part of the U.S. Since we were born in a territory, we’re U.S. citizens.”

Carmen thought she understood. “So we are Puerto Rican and American?” she asked. “What does that mean?”

Carmen’s mother thought a second. “It means so many wonderful things. To me, it means pride in speaking both English and Spanish. It means listening to music like the bomba, which has beats and instruments from Taíno, African and Spanish traditions. It means making delicious food like sofrito with ajicito from seeds we brought from the island and garlic and onions we bought from the market here in Florida.”

Carmen’s mother hugged her tight. “And it means sharing all of those things,” she said. “Sharing our culture with our friends is how we celebrate who we are.”

The next morning Carmen’s class sang the song about the 50 states, as usual. After the song, Mrs. Miller announced a new assignment called The State Project. Each student would choose a state to research and present to the class.

“I’m going to choose California,” Daniel whispered to Carmen, “because that is where I was born.” That gave Carmen an idea.

“Does anyone have any questions?” Mrs. Miller asked. Carmen raised her hand.

“Can I choose a territory instead?” she asked. “I’d love to tell the class about Puerto Rico, where I was born.”

Mrs. Miller thought this was a wonderful idea. “That is a great idea, Carmen!” she said. “In fact, I think we need to change the name of this assignment. I’m looking forward to your presentation on Puerto Rico for The America Project!”

Right There (In the Text)
Where are Carmen and her family from?

Think and Search (In the Text)
What does Carmen discover about Puerto Rico?

Author and Me (In my Head)
Why do you think Carmen is surprised by her discovery?

On my Own (In my Head)
In your own words, how would you describe what culture is? 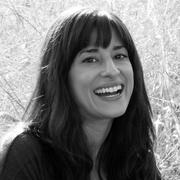 Melissa Stuart
is a copywriter with experience writing and editing children's textbooks.
Add to a Learning Plan
X
Add to an Existing Learning Plan
START A NEW LEARNING PLAN
Print