Teaching Tolerance loves to read! Check out a few of our favorite diverse books for readers and educators.
Issue 50, Summer 2015
Add to a Learning Plan
X
Add to an Existing Learning Plan
START A NEW LEARNING PLAN
All articles from this issue
Print 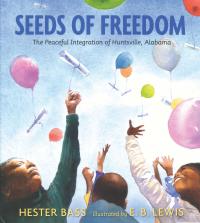 Seeds of Freedom, written by Hester Bass and illustrated by E.B. Lewis, reminds us that the fire hoses in places like Birmingham meant that change could come peacefully in cities like Huntsville. Well-chosen details—like how black children got shoes that fit when they weren’t allowed to try them on—and graceful watercolor illustrations immerse the reader in a different time and place.

“A great addition to the civil rights movement bookshelf.” 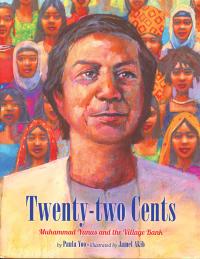 “Learning from the world is the greatest learning.” The words of Muhammad Yunus’ father inspired him to become a leader to thousands of impoverished people around the world. Use Paula Yoo’s Twenty-Two Cents: Muhammad Yunus and the Village Bank with your elementary readers for another example of a great role model who should be celebrated.

“Paula Yoo takes an inspirational story from the complicated world of economics and boils it down to principles even a child can understand." 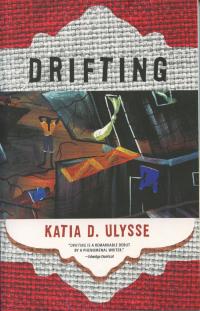 Drifting, by Katia D. Ulysse, is a superb novel in the form of interconnected short stories that follow Haitian families as they move between time and place, before and after the devastating earthquake of 2010.

“Students will find a detailed and enriching story of the immigrant’s journey, as well as the struggles and triumphs that come with it.” 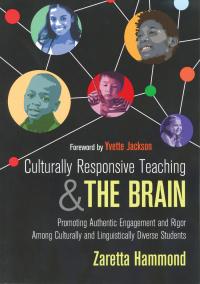 In Culturally Responsive Teaching and The Brain: Promoting Authentic Engagement and Rigor Among Culturally and Linguistically Diverse Students, Zaretta Hammond has crafted a professional development resource that is at once philosophical and practical, accessible yet sophisticated in its expectation of readers. Dip in for tips and strategies, or dive deep for an opportunity to shift thinking and practice. 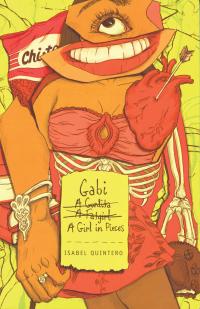 Isabel Quintero’s debut novel, Gabi: A Girl in Pieces, is a collection of Mexican-American high school senior Gabi Hernandez’s journal entries. Gabi’s world includes a mother who constantly worries that her daughter will be “bad,” an absent father with a meth addiction, a pregnant friend and another friend who comes out as gay, along with the pressures of body ideals, college applications and more. In the midst of this whirlwind, Gabi finds a creative outlet—and forges her identity—through writing and poetry.

“A must-read! This novel deserves a spot in every high school library.”

<p><img src="http://www.tolerance.org/sites/default/files/general/BadTeacher_1.jpg" width="150" height="220" style="margin-left: 4px; margin-right: 4px; float: left;" />In <i>Bad Teacher! How Blaming Teachers Distorts the Bigger Picture</i>, Kevin Kumashiro examines many of the faulty “common sense” ideas that have guided the educational reform movements of the last several decades. If we wish to make schools more equitable, Kumashiro argues, we must move past the current flawed framework for talking about reform.&nbsp;</p>
<p>Professional Development<i>&nbsp;</i></p><p><i>“An incisive look at the motives behind contemporary education reform movements.”&nbsp;</i></p><p><i>&nbsp;</i>–Steffany Moyer</p>
<p><i><img src="http://www.tolerance.org/sites/default/files/general/white_1.jpg" width="150" height="225" style="float: left; margin-left: 4px; margin-right: 4px;" />Waking Up White and Finding Myself in the Story of Race </i>tells of author Debby Irving’s wake-up call: realizing that an inherited legacy of white privilege had tainted her with injustice and kept her from really understanding the racism around her. In time, she learns how to use her privilege to speak up fearlessly against wrong.&nbsp;</p>
<p>High School</p>
<p><i>“A great example of speaking up to make change.”&nbsp;</i></p><p><i>&nbsp;</i>–Bridget Strength</p><p>&nbsp;</p><p><i><img src="http://www.tolerance.org/sites/default/files/general/ghost_1.jpg" width="150" height="217" style="margin-left: 4px; margin-right: 4px; float: left;" /></i></p><p>Narrated by Isaac, a 10-year-old American Indian who has recently become a ghost, Tim Tingle’s <i>How I Became a Ghost: A Choctaw Trail of Tears Story</i> explores the tragedy and heartbreak of the Trail of Tears while also presenting the pride of Choctaw traditions. Students will find humor and horror, levity and weight in this engaging piece of fiction about one of our nation’s darkest hours.</p>
<p>Middle School&nbsp;</p>
<p><i>“Places families and communities at the heart of the Trail of Tears discussion.”&nbsp;</i></p><p><i>&nbsp;</i>–Monita Bell&nbsp;</p><p><i><img src="http://www.tolerance.org/sites/default/files/general/out_0.jpg" width="150" height="228" style="margin-left: 4px; margin-right: 4px; float: left;" />Out &amp; Allied: An Anthology of Performance Pieces Written by LGBTQ Youth and Allies&nbsp;</i>is a collection of both student voices and action steps for facilitating dialogue within families, schools, organizations and faith-based communities about LGBTQ youth and allies.</p><p>Professional Development</p><p><i>“Sets the stage for moving from discussion to dialogue in all communities.”&nbsp;</i></p><p><i>&nbsp;</i>–Sara Wicht</p><p>&nbsp;</p><p><img src="http://www.tolerance.org/sites/default/files/general/thefogmachine.jpg" width="152" height="228" style="margin-left: 4px; margin-right: 4px; float: left;" /></p><p>Susan Follett tells the story of C.J. Evans, a young black woman who grows up believing that if she wishes to protect herself, she must always follow society’s rules. When a new friend, a young white man, enters her life, she begins to hope that someday these rules can change. Never patronizing, <i>The Fog Machine </i>paints an honest picture of Jim Crow and Freedom Summer while emphasizing that our lives, our ideas and our worlds are shaped by the people we love.</p><p> High School </p><p><i>“A poignant civil rights era coming-of-age story.”&nbsp;</i>–Steffany Moyer</p><p>&nbsp;</p><p>&nbsp;</p> 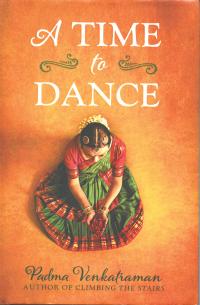 Veda is a teen with a bright future in classical Bharatanatyam dance. But when a terrible car accident results in the loss of one of her legs, it takes all her strength—along with the love and support of family, friends and teachers—to prove to herself and her doubters that she will dance again. In A Time to Dance, Padma Venkatraman uses moving pieces of free verse to provide insight into the depths of Veda’s despair and anger, as well as her hopes and triumphs.

“Affirms the power of a supportive community to lift up those who feel lost.” 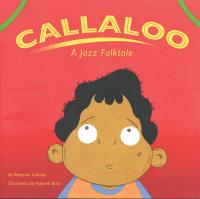 When young Winston’s eyes are bigger than his tummy for his grandmother’s callaloo, a Caribbean spinach dish, he is magically transported to Tobago, where mythic creatures teach him not to take more than he needs. Marjuan Canady’s Callaloo, illustrated by Nabeeh Bilal, includes a fun folktale glossary from Trinidad and Tobago.

“A fresh and fascinating look into Caribbean culture.”

Speaking of Fourth Grade: What Listening to Kids Tells Us About School in America

The Bill of the Century: The Epic Battle for the Civil Rights Act

Penny and the Magic Puffballs