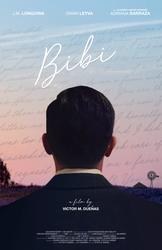 Learning for Justice’s streaming classroom film, Bibi, tells the story of a Latinx father and son who can talk about anything—but only in writing, in the letters they pass back and forth when conversation seems too much.

And after Ben, affectionately called “Bibi” by his father, hands his father a letter that reads “I’m gay,” the two don’t talk at all.

Based on the experiences of the filmmakers behind the project, the 18-minute film explores intersectionality in a powerful way, illustrating the beauty and conflict that can arise as we move between languages, places and societal expectations.

Ultimately, however, it’s not just the story Bibi tells that makes the film a strong addition to any classroom library. It’s also the questions it poses: How do we come to be who we are? How do we communicate that to others? How do we respond when others share themselves with us?

For those who work to help young people honor their own and others’ complex and unique identities, Bibi and the lessons for grades 6-12 that accompany it are remarkable resources. The story sparks critical conversations about identity, culture, family and belonging.

Watch the Q&A featuring writer and director Victor M. Dueñas, writer and actor JM Longoria, producers Edward Enriquez-Cohen and Vanessa Perez, and Academy Award-nominated actress Adriana Barraza as they discuss the film Bibi, how they hope educators utilize the lessons of the film and what messages they hope students take away.