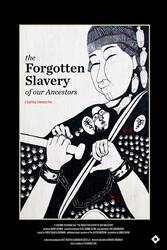 The Forgotten Slavery of Our Ancestors

The Forgotten Slavery of Our Ancestors offers an introduction to the history of Indigenous enslavement on land that is now the United States. As the featured historians point out, the enslavement of Indigenous peoples stretched from Alaska into South America. It predated and helped shape the system of African enslavement in New England, and it lasted until throughout the 19th century in the West. “This,” explains historian Andrés Reséndez, “is our shared history.”

Directed and edited by Howdice Brown III, The Forgotten Slavery of Our Ancestors was produced by Marie Acemah and Alice Qannik Glenn. The runtime for this film is just over 12 minutes.

To celebrate this new resource, we're hosting a panel and Q&A with the filmmakers at 3:30 p.m. CT Wednesday, October 7. The panel with be moderated by Teaching Hard History Advisory Board member Meredith McCoy and will feature director and editor Howdice Brown III and producers Marie Acemah and Alice Qannik Glenn.

We hope you’ll join us for this exciting conversation—sign up to reserve your spot!

In each Key Concept video, a scholar or historian explores one of 10 central ideas that serve as the foundation for Teaching Hard History: A Framework for Teaching American Slavery. These short videos help students understand concepts like the critical role slavery and the slave trade played in the early American economy and the revolutionary and everyday resistance of enslaved people to a system that would dehumanize them. Whether watched individually or in sequence, these videos offer ways for students to better understand the nation’s development around slavery, that institution’s impact on the lives of enslaved people, and the countless ways that enslaved people influenced the culture and history of what is now the United States.