The Blind Man and the Hunter: A West African Tale of Learning From Your Mistakes 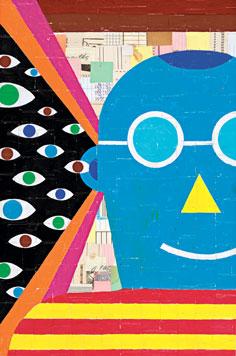 Once there was a blind man who lived with his sister in a hut near the forest. Now, this blind man was very clever. Even though his eyes saw nothing, he seemed to know more about the world than people whose eyes were sharp. He would sit outside his hut and talk to passersby. If there were things they wanted to know, he would tell them, and his answers were always the right ones.

People would shake their heads with amazement: “Blind man, how is it that you are so wise?” And the man would smile and say, “Because I see with my ears.”

Well, the blind man’s sister fell in love with a hunter, and they were married. When the wedding feast was finished, the hunter came to live with his new wife. But the hunter had no time at all for her brother, the blind man. “ What use,” he would say, “is a man with no eyes?”

Every day the hunter would go into the forest with his traps and spears. And every evening, when the hunter returned to the village, the blind man would say, “Please, tomorrow, let me come with you, hunting in the forest.”

But the hunter would shake his head: “What use is a man with no eyes?”

One evening, the hunter was in a good mood. He had returned home with a fat gazelle. His wife had cooked the meat, and when they’d finished eating, the hunter turned to the blind man and said, “Very well, tomorrow you will come hunting.”

So the next morning they set off into the forest, the hunter with his traps and spears leading the blind man by the hand. Suddenly, the blind man stopped: “Shhhh, there is a lion!”

The hunter looked about; he could see nothing.

They went along the path and there, sure enough, was a great lion fast asleep under a tree. The hunter asked, “How did you know about the lion?”

“Because I see with my ears.”

They continued deep into the forest until they came to a clearing. The hunter set one of his traps and showed the blind man how to set another one. Then the hunter said, “We’ll come back tomorrow and see what we’ve caught.”

The next morning they walked into the forest to where the traps had been set. The hunter saw straight away that there was a bird caught in each trap. And he saw that the bird caught in his trap was a little gray one, and the bird in the blind’s man trap was a beauty, with feathers of green, crimson and gold. 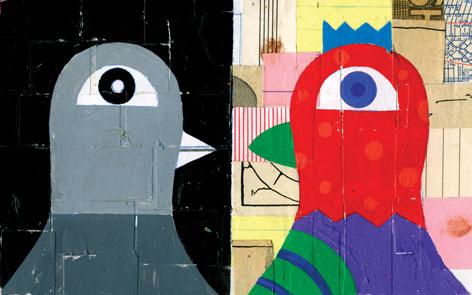 And what did he do? He gave the blind man the little gray bird, and he kept the beautiful bird for himself. Then they set off for home.

As they walked, the hunter said, “If you’re so clever and see with your ears, then answer me this: Why is there so much anger and hatred in this world?”

And the blind man answered, “Because the world is full of so many people like you — who take what is not theirs.”

And the hunter was filled with shame. He took the little bird from the blind man’s hand and gave him the beautiful one instead. “I’m sorry,” he said.

As they walked, the hunter said, “If you’re so clever, then answer me this: Why is there so much love and kindness in this world?”

And the blind man answered, “Because the world is full of so many people like you — who learn by their mistakes.”

From that day on, if the hunter heard anyone ask, “Blind man, how is it that you are so wise?” he would put his arm around the blind man’s shoulders and say: “Because he sees with his ears … and hears with his heart.”