The Clever Boy and the Terrible, Dangerous Animal

Once upon a time there was a very clever boy. Nearby was a village he decided to visit.

Just outside that village he came upon a crowd of people standing in a field. As he drew near‚ he saw they looked quite frightened. He said‚ “What is wrong?”

“Oh!” they said. “There is a terrible‚ dangerous animal in this field‚ and we are frightened because it might attack us!”

“Where is the terrible‚ dangerous animal?” asked the boy.

“Oh! Be careful!” they screamed. And the people pointed to the middle of the field.

When the boy looked where they pointed‚ he saw a very large melon! 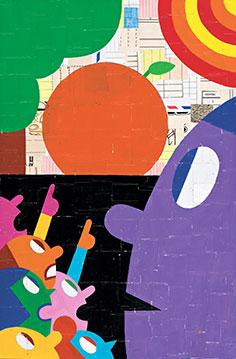 “That’s not a terrible‚ dangerous animal!” laughed the boy.

The boy said‚ “I’ll go kill this dangerous animal for you.”

“No!” they cried. “It’s too terrible and dangerous! It might bite you!”

But the boy went right up to the melon and soon was eating a large slice out of it. The people were astonished. “What a brave boy! He’s killed the terrible‚ dangerous animal!” As they spoke‚ the boy took another bite out of the large melon. It tasted delicious! 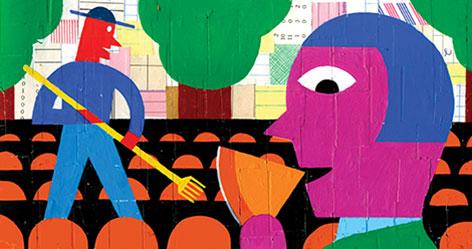 At that‚ the boy laughed again.

“What are you laughing at?” they asked.

“What you call a dangerous animal is just a melon‚” said the boy. “Melons are very nice to eat. We’ve got lots of them in our village‚ and everyone eats them.” 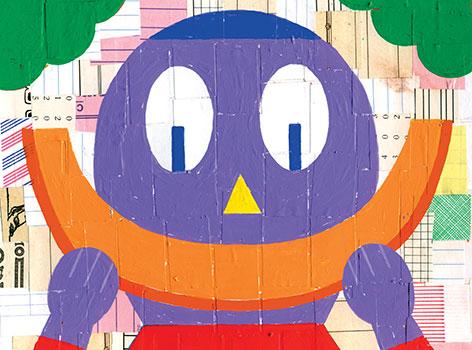 The people wanted to know how they could get melons‚ and the boy showed them how to plant them.

Now they have lots of melons. They sell some‚ eat some and give some away. They even named their village Melon Village.

And just think: It all happened because a clever boy was not afraid when a lot of people thought something was dangerous just because they had never seen it before.