The New Kid in Class

This short story was included in Issue 61 of the Teaching Tolerance magazine, published in the spring of 2019.
Author
Kaitlin Cyca and Monita K. Bell
Grade Level
3-5
Add to a Learning Plan
X
Add to an Existing Learning Plan
START A NEW LEARNING PLAN
Print 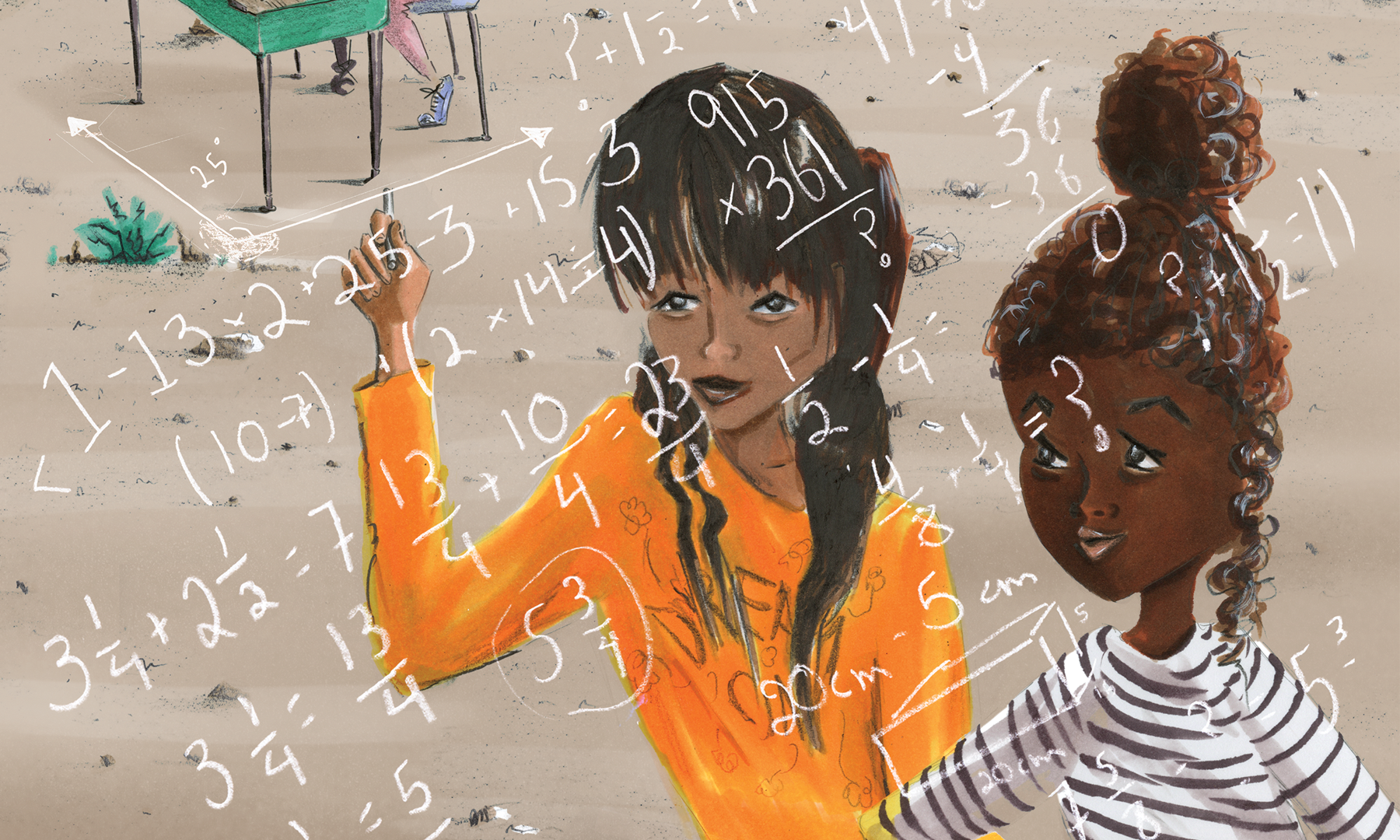 It was the first day of the fifth grade, and Mia was excited to see her name listed for the same class as three of her best friends. This year was going to be the best one ever!

Hanging up her sparkly backpack, Mia looked for her friends. They weren’t there yet, but when she turned around to decide what desk she wanted, she noticed a new student.

Even though she was normally very shy, Mia decided to go over to the new girl and introduce herself. She was in the fifth grade, after all. She wasn’t a little kid anymore!

“Hey, I’m Mia. What’s your name?” she asked the stranger.

The girl glanced up from what seemed to be a really long math problem, her eyes only briefly meeting Mia’s. Then she looked away.

Mia stood there feeling awkward for a few seconds before she decided that the girl must not have heard her. Why else would she ignore her?

“Hey, did you hear me? What’s your name?” She tried again. This time the girl whispered, “Amena,” and then got up quickly and walked away.

I guess she doesn’t like to make new friends, Mia thought.

The teacher, Mr. Brown, walked over to Amena, and the two of them started talking. Then Mia’s friends came in, and she forgot all about the new girl.

A few weeks later, the class was hard at work on multiplication problems. And struggling.

Mia happened to glance up at Amena — she was already done! How?!

Mr. Brown said everyone could work together in pairs. Mia was a little nervous at the thought of asking Amena to be her partner, but Amena sure knew what she was doing!

“Hi, Amena,” Mia said when she walked over to her desk. “Will you be my partner? You seem really good at this, and I could use some help.” She smiled shyly.

Amena seemed hesitant at first, but after a moment, she quietly replied, “OK.”

Before long, with Amena’s help, Mia was starting to get the hang of it.

“Wow, you’re a genius, Amena!” Mia said excitedly as they finished up.

“No, not a genius,” Amena laughed, “but I was the best in my class before …” She suddenly stopped, her smile now a frown. She looked as if she were trying not to cry.

Before Mia could ask what was wrong, Mr. Brown announced that it was time for lunch.

Mia watched the class file out and waited behind to talk with him.

“Mr. Brown, I think there’s something wrong with Amena. She got really upset just now, but I don’t know why.”

Back in the classroom after lunch, Mr. Brown began speaking. “Before we start on social studies, I’m going to tell you a story, but it’s not a very happy one. Please listen quietly until I am finished, and then I will answer your questions.”

Mia looked at her friends and they looked confused, just like she did.

“Imagine that our city became so dangerous that there was nowhere safe to go.”

The children in Mia’s class all looked horrified.

“No more school, no more recess, no more softball practice in the evenings. Imagine having to leave your home and move to a new place, where the people speak a different language.”

Some children were fighting back tears. Others looked down at their shoes.

“This is Amena’s story. She moved here from Syria, and she gave me permission to tell you this.”

Mia looked back at Amena, who no longer looked tearful. Instead, she sat up straight, looked around the room, took a deep breath, and said, “It’s OK. If you have questions, you can ask me.”

The room was silent. Some kids still looked down, unsure of what to do.

Mia raised her hand, and Amena nodded at her, inviting her to ask a question.

“How did you become a math genius?” She asked with a smile.

Amena returned the smile and said, “A good friend helped me work at it.”