Black Visibility Matters: The Inconvenient Truths of Bias and Erasure

Racial stereotypes and myths persist only with our continuous active consent—in the stories we teach and tell, and those we don’t. And the price we pay for this is monumental.
Kevin Myles
Learning for Justice Staff
Bookmarked 29 times
Add to a Learning Plan
X
Add to an Existing Learning Plan
START A NEW LEARNING PLAN
Print

Examining whose perspective is centered and whose is erased in significant conversations—from local education boards and critical race theory (CRT) debates to international societies and scientific endeavors—paints a clear picture of the pervasive systemic racism that exists in the United States. And when erasure is normalized, reinforcing a distorted image of society, that misrepresentation is too often internalized. Understanding the intentional nature of erasure is essential; it doesn’t happen by accident, nor is it simply a mistake. Decisions—on multiple levels—are often made that reflect and perpetuate bias, resulting in substantial consequences.

Learning for Justice’s Kevin Myles, deputy director for Programs and Strategy, shares a personal experience of erasure and sheds light on what systemic racism looks like in practice.

The day I tested for Mensa, I was certain I’d qualify. My certainty might seem strange given the bizarre, several-years’ long, and circuitous path I’d taken to arrive at that testing facility. But the moment we turned over our tests to begin, I was fully confident that had the test been written in a language unknown to me, somehow I’d understand it. As I answered the questions, I couldn’t help but smile—one by one, they all seemed so easy. When it was over, the seven of us who tested that day walked out of the Interfaith Ministries building and into the parking lot. And, as sure as I was standing there, I knew I’d conquered it. I felt like I’d knocked out the heavyweight champ in the first round.

A few short weeks afterward, I received a letter in the mail from American Mensa with my test score (back in the days when Mensa still mailed out test scores). I opened it excitedly and learned that I’d tested within the 99th percentile, well above the requisite score for Mensa. I celebrated by joining Mensa and Intertel, and by making an application to the International Society for Philosophical Inquiry (ISPE).

My confidence at that moment stood in stark contrast to the self-doubt and low expectations I had internalized for many years. I came from neither a prestigious school nor a well-to-do neighborhood. Aside from a friend of my grandmother’s, I had no real educational or professional role models. I had been a terrible student in high school, with near-failing grades, proficient in the art of just getting by. And I’d imagined a world of mediocre possibilities where my ambitions were modest. I hadn’t believed in myself or the limitlessness of my potential because I didn’t know that people like me existed. My aspirations were set low enough to nullify the normal consequences of bad behavior. And I’d made a countless number of bad choices—smoking, fighting, stealing, and drinking—all the while believing that none of these things would in any way jeopardize a life that would be spent as a famous rapper or a data entry clerk.

And I decided, right then in Panama, that I would reclaim and reignite my capacity and passion for learning. I began to read anything and everything that interested me—from epistemology to fatalism, Nietzsche to Rand, religion to race, Tasawwuf to Tai Chi, and from U.S. history to our contemporary social organizations and structures. From my time in Panama until now, I engaged in a constant process of rediscovery and self-acceptance.

The day I arrived to take the Mensa exam, I felt like there was no question I couldn’t answer. I was smart, damn smart, and I knew it. Through this test, I intended to refute the negativity, the doubt, the stereotypes, and the stunted aspirations of those in our community who’d never used the words Black and genius in the same sentence. I knew I would qualify; I had to. Through my own myopia, self-doubt and bad choices, I had nearly thrown away so many possibilities, and I vowed to do all I could to prevent other young people in our community from doing the same. I was there to take that test because I wanted to inspire parents who inwardly know that their children are brilliant even though their grades may not reflect it. I wanted my example to demonstrate to our youth that there is nothing wrong with knowing the answers to difficult and obscure questions, nothing wrong with claiming and nurturing one’s own intellect. I knew I had to take that test, because I wanted to provide the youth of our community with an intellectual role model—one whose accomplishments could not be explained away by economic or social privilege.

So when, several years later, I received an email asking if I would be willing to participate in a 60 Minutes story about “Mensa and the world of the highly gifted,” I jumped at the chance. I saw the interview as an opportunity to provide a real challenge to the cycle of self-perpetuating intellectual violence that sentences generations of our children—Black children—to lives of mediocrity when they are capable of excellence. I saw it as an opportunity to stand up and tell the truth about the hobgoblins of “talking white” or “acting white,” insults that Black people often levy against one another, and to directly confront the notion of Black inferiority. I hoped my story would show that extraordinary gifts can be found in ordinary folks.

When the date finally arrived for the program to air, I received an email from a producer at CBS who apologized and let me know that the program, originally intended for 60 Minutes but now slated for CBS Sunday Morning, was a bit long, so the Sunday Morning editors cut my interview from the story. Still, I set my alarm clock and got up to watch the segment.

I can hardly describe what I felt when I saw what aired that morning.

I had spent more than two hours with the staff and crew from CBS’s 60 Minutes. We’d exchanged numerous emails and phone calls, discussing not only my involvement in Mensa, but also my reasons, my life, my story, and what I’d hoped to accomplish. Imagine my horror when, in the final edit, the only Black man who appeared in the Sunday Morning story was a cartoon character from The Simpsons.

So, the inconvenient truth is this: There is a direct relationship between aspiration and consequence. When one aspires to affect change in weighty matters such as race, intelligence and the enduring myth of Black inferiority, virtually all actions—and inactions—have consequences. From this perspective, the CBS Sunday Morning show was far more than a missed opportunity.

Understanding the intentional nature of erasure is essential; it doesn’t happen by accident, nor is it simply a mistake. Decisions—on multiple levels—are often made that reflect and perpetuate bias, resulting in substantial consequences.

The segment, intended to introduce the nation to the world of the highly gifted, was edited and presented in such a way that would lead the casual observer to conclude that this world was one where Black people were absent. Not because it is so. No, the 60 Minutes crew had already filmed evidence to the contrary. But it was presented that way because in the editing process someone made the conscious decision to excise that footage. Without ascribing any sinister motives to that choice, there is no question that the final cut, the final edit, served to reinforce the very notions I joined Mensa to combat. Like the dog that didn’t bark, our absence tells a story. And the story it tells is all the more disheartening when you consider that our “absence” was contrived.

Do the Black youth in our schools and communities see representations and role models, see their own possibilities, in all spheres of influence—intellectual, scientific, leadership—or are there some spaces in which Black people have been made invisible? And what can each one of us do now to confront that inconvenient truth in our daily decisions?

We must operate in a heightened state of awareness to ensure inclusivity in all realms. Failure to operate on this high frequency means failing ourselves as human beings as we yearn to make the world a better place in which tremendous gifts and opportunities are not wasted because of bias and anti-Blackness. There’s just too much at stake at this point in the history of humankind. The choice is all of ours to make—collectively and, probably most significantly, individually.

Editor’s note: This article was revised on 9/21/2022 to ensure the use of more inclusive language. 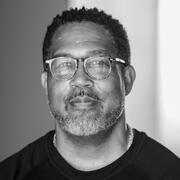