Saved by a Spiral Notebook 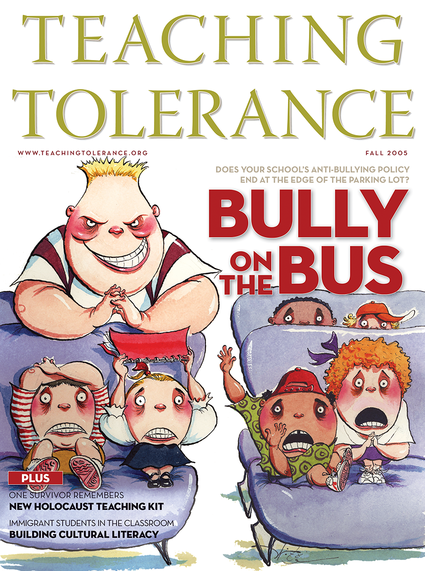 My high school experience would have been utterly forgettable if not for one teacher, Pat Stodghill. Mrs. Stodghill allowed us to be what the other teachers struggled against: our own unique selves. I didn't realize the miracles of her methods until long after graduation.

During high school, everyone wanted Mrs. Stodghill. Her class was considered a blow-off, an easy A. She possessed an assortment of wigs that would reveal themselves on various days of the week. She wore long, flowing garments. She never wrote us up or sent us to detention. When Bubba, a classmate, skipped school to go stand in line for the tickets to a heavy metal concert, Mrs. Stodghill didn't report him. That band was important to Bubba; the music inspired him. He returned to school the next day with a bandanna dotted with the band's logo, which he gave to Mrs. Stodghill; she wore it frequently as a scarf.

The difference between Pat Stodghill and the other teachers was that she trusted us. She trusted us to be children, squirming in our own skin. She gave us much-needed space to sort out our own dilemmas. While other teachers barely trusted us to go to the toilet on our own, Mrs. Stodghill put us in charge of our own learning because she respected us as individuals. I just didn't realize that at the time.

The Power of the Pen

Fast forward 15 years: I became a teacher, 6th grade. My first class was a grab-bag of little humans.

I had second-language learners, native English speakers, children who were emotionally disturbed, one who was partially blind and one child with Asperger syndrome (a form of autism) who liked to read the dictionary page by page and cuss.

I had students who lived with their mother, their father, or both, some with a parent or two in prison, and one who had watched as his father was gunned down in his own living room. A few students were involved in the school band, the basketball team, the science club. One girl planned to be an actress and spent her weekends auditioning for snack-food commercials.

As far as managing this myriad crew, I was clueless. They constantly fussed at each other, and their relentless arguing was usually prompted by, "What are you looking at?" One girl had thrown a chair at her teacher in 5th grade. I needed a plan.

Students used cheap spiral notebooks, just as I had, and I listed a few very basic rules:

Students looked puzzled and alarmed, daunted by the clean slate.

"But what do we write?" they asked repeatedly.

The first few days, most students stuck to the given topic and produced only two or three sentences in the allotted time. I dug a little deeper. Suspecting that pent-up emotions were hindering the learning process, I stepped up to the board and asked them to finish this sentence: "I hate it when ________." Frenetic writing filled many pages, and they actually moaned when I called time.

A quiet, shy Claudia asked: "Can I read mine?"

We moved to a circle on the floor. Claudia had written about her sadness over leaving her grandparents in Mexico. Everyone listened as she read aloud, without the usual interruptions and insults.

Claudia had broken the ice.

Several hands shot up, wanting to read next. One boy wrote about how he feels when he sees his father drunk in the afternoon. Another wrote that he hated changing out of his church clothes; he liked to hear the click of his dress shoes on the kitchen floor.

As the days passed, the twice-weekly journal time became the most sacred part of the day.

Each entry was touching, personal, diverse, sometimes sad, sometimes funny — and always straight from the core of self-expression. As the days passed, the twice-weekly journal time became the most sacred part of the day.

I invited students to think of their own topics to write on the board. After a few days of rumination, ideas came in by the droves:

Student-produced topics always included an element of self-empowerment. They imagined themselves as principal or president, as someone with super-human powers.

The Gift of Confidence

I started this exercise because I wanted students to know their opinions and feelings were not only valid, but essential. Each student needed a method of release before the learning process could continue. Inevitably, I saw significant improvement in other areas of study. Students had the gift of confidence; best of all, it was a gift they had given themselves.

In addition to the empowering and educational qualities of journals, I noticed something larger at play. What was revealed in the journal circle stayed in the journal circle. No one gossiped about what was revealed; it was an unspoken pact. I noticed a growing sense of respect, for self and others. The kids who carried their rough pasts on their sleeves seemed relieved that, in one way or another, everyone had something on their mind.

The students eventually became a cohesive group that offered steady support and encouragement. At home, their lives were still the same. But during our journal circles, no matter what happened outside of class, they were family.