Bully at the Blackboard

Every adult in the building needs to act when the bully is a teacher.
Darlene Koenig
Issue 40, Fall 2011
Bookmarked 8 times
Illustration by Mark McGinnis
Add to a Learning Plan
X
Add to an Existing Learning Plan
START A NEW LEARNING PLAN
All articles from this issue
Print

His teacher had urged him all year to be more organized, but he still had trouble keeping his work area neat. The boy’s papers and other materials were often scattered around, and when his classmates were ready to move on to the next activity, he lagged behind—trying to corral the clutter.

On this particular day, the teacher had lost her patience. According to a district report, she chastised her student: “Your area looks like a pig sty. Piggy, piggy! Oink, oink!” Exactly what happened next has been difficult to pin down. But by the time another teacher entered the classroom, the boy had been surrounded by his classmates, who taunted him with “oinks” and other pig sounds. Alone in the center, the boy was sobbing.

By some accounts, his teacher—a veteran of 38 years— encouraged the children to join the chant. She told district officials she didn’t notice when they began to taunt him, although she did agree it wasn’t appropriate behavior. The children themselves turned out to be somewhat unreliable witnesses. They were just kindergartners.

The incident, which drew nationwide attention, was a wake-up call for Roane County Schools in Tennessee.

“For something like this to happen was so crushing to us, so against everything we believe in,” says Toni McGriff, director of the 18-school district. During the accreditation process last year by the Southern Association of Colleges and Schools, students on the elementary campus were interviewed about bullying, among other things. According to McGriff, one boy is heard on tape saying, “Oh, in this school, we don’t have bullying. I’ve heard about it. But we don’t have it.” The school is also a demonstration campus for the district’s school-wide Positive Behavior Support program, in which students are recognized for respectful behavior and earn points toward donated prizes and acknowledgment at community events.

“You might assume that every child [already] knows what appropriate behavior looks like,” says McGriff. But they—as well as teachers—bring their own backgrounds and experiences to the classroom, where respecting others is crucial to a positive learning environment. She says that she and her school principals “are trying so hard to instill that you don’t mistreat others— whether you call that disrespect, harassment or bullying,” that it’s become part of the district’s culture at all levels. And yet, the incident this spring has educators there wondering what they could have done differently.

Dr. Stuart Twemlow is familiar with the situation faced by McGriff and her district. A psychiatrist, he also is the director of the Peaceful Schools and Communities Project at Baylor College of Medicine’s Menninger Child and Family Program. Twemlow is well-known for his research on teacher bullying, including a 2005 study in which 45 percent of sampled teachers said they had bullied a student at some point in their careers.

But little other research on the topic has been done, and statistics that might give a broader perspective on the problem are even more scarce. The most definitive assessment of safety in schools is the Indicators of School Crime and Safety survey. The annual survey is jointly carried out and reported by the National Center for Educational Statistics and the Bureau of Justice Statistics. But the most recent report from 2010, which uses 2007 data, does not include survey questions or any school reporting on the issue— although there are statistics on students who bully teachers.

Twemlow appreciates the honesty of the teachers he sampled, “because there is no doubt that there are ‘undiscussables’ in schools,” and teacher bullying is one of them, he says. And while he has helped write professional development manuals that address the issue, he has also cowritten an e-book with the provocative title Why School Anti-Bullying Programs Don’t Work.

And why is that the case?

“Any number of programs that are shown to be effective will not be successful … when the money runs out or the people that are passionate leave,” he says. “The issue is sustainability … if you were to see bullying as a process, not a person, then your whole approach would change. There will always be new teachers, new students and new situations.”

The process, explains Twemlow, means that schools must understand the power dynamics among bullies, victims and bystanders. He tells the story of a student who reported to him that his teacher had been calling him by a girl’s name all year, despite his anguish.

“I couldn’t believe it,” he says. “This was a respected senior teacher who loved children; she was not a bad teacher.” Confronted, the teacher admitted what she’d been doing and was devastated to realize she had been bullying the child all year. She had forgotten the inherent power that was part of her position.

“What teachers need to know is that our brains are hard-wired to obey those in charge,” says Twemlow. “And, for a small child, the teacher is the one in charge. Teachers have to respect that they’re seen that way.” Regardless of age, victims without the power to change the situation are at risk for low self-esteem, anxiety, increased absences and poor academic achievement.

Bystanders, such as other teachers or administrators, have their own power—either to end the bullying they witness or to allow it to continue. In the Roane County elementary school, a colleague witnessed at least part of the incident, confronted the teacher and reported her actions to school administrators. But too often, bystanders are held back by conflicting loyalties or the fear of retaliation.

With the dynamics of all three in play, Twemlow says, a typical character education program isn’t enough to address the issue. 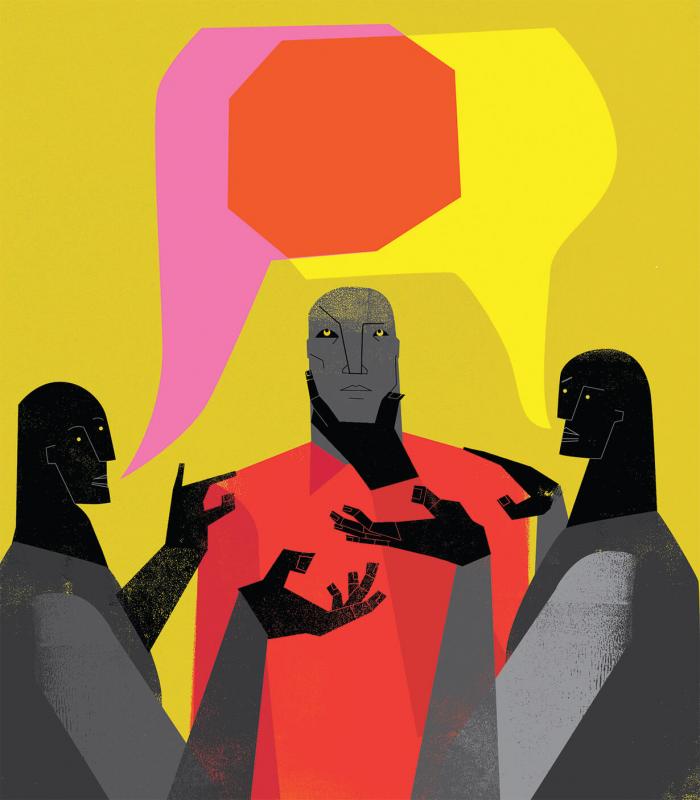 McGriff agrees that when money gets tight, programs such as those developed by Twemlow, bullying research pioneer Dan Olweus and others are subject to cuts. From her perspective, that is why it’s even more important to have an organic environment of respect, such as the one Roane County Schools have tried to cultivate for students.

“What we know we have to work on is teachers … recognizing (bullying) in all of its forms,” she says, praising the teacher who saw, stopped and reported the incident in her district.

The kindergarten teacher at the center of it apologized to students and parents and served a one-day suspension. She is currently on medical leave. Although the incident and the resulting outcry was “very traumatic for her,” says McGriff, she is expected to return to the classroom in the fall.

“Teachers have to live to a higher level of accountability because of the precious commodity we have” in children, says McGriff. But “they are human. They make mistakes. On occasion, they show bad judgment.

“This has made us more acutely aware of our need to lift up children and lift up teachers, so that they know how to respond” in the future.

Portfolio Activity for “Bully at the Blackboard”

When schools implement anti-bullying programs, the focus is usually centered on student-to-student bullying. However, students aren’t the only bullies in school. Teachers sometimes earn the label when they employ
Bookmark This PageSave