Neil Carter of Ridgeland, Miss., is about to take a leap of faith—based on his lack of faith.

In a state where 91 percent of residents say they believe in God “with absolute certainty,” according to the Pew Research Center, Carter began “coming out” recently to friends as an atheist. The 41-year-old special education teacher is also exploring interest in sponsoring a Secular Student Alliance at Ridgeland High School.

“This is way beyond the bounds of what’s acceptable around here, ” said Carter, who’s a former Christian with a seminary degree.

Based on the isolation he’s felt, Carter believes some of the 900 kids at Ridgeland High may be likeminded—perhaps not atheists, but not Christians either.

“I can’t even have a conversation with my family and friends without feeling alienated,” Carter said. “They’re not being mean to me, they just don’t get my perspective. I know these kids have the same problem.”

One state away, in Bastrop, La., Damon Fowler found out what it’s like to be one of those kids. His troubles started two years ago when he realized he was an atheist. Damon hid it well, continuing to attend church with his family.

But last spring, he began to tell a few people. Then a couple of weeks before graduating in May, he sent an email to the superintendent reminding him that a planned public prayer at the ceremony was against state and federal law.

“No one else wanted to stand up for their constitutional right of having freedom of and from religion,” Damon wrote at the time. “I was also hoping to encourage other atheists to come out and be heard. I’m one of maybe three atheists in [Bastrop] that I currently know of. One of the others is afraid to come out of the atheist closet.”

Classmates shunned and threatened Damon. A teacher badmouthed him in the local newspaper, saying “What’s even more sad is this is a student who really hasn’t contributed anything to graduation or to their [sic] classmates.” At the graduation ceremony, there were boos when Damon’s name was called— and a prayer.

In many ways, people like Neil Carter and Damon Fowler are considered the ultimate outsiders in American life. According to a 2006 public opinion survey by the University of Minnesota, atheists are more disliked and mistrusted than immigrants, gays and lesbians, conservative Christians, Jews or Muslims.

Even so, the fear of being identified as an unbeliever is gradually easing. More and more young people are identifying themselves as atheists, agnostics, humanists, freethinkers and other types of non-theists, says Jesse Galef of the Secular Student Alliance. The Columbus, Ohio-based group provides support services for unbelieving students and their groups.

“More people are talking about what it means to be non-religious,” Galef said. “There’s still bullying, but it’s enormously better than 10 years ago.” Indeed, recent surveys have found that younger Americans are the least likely to be religious. According to the 2008 American Religious Identification Survey, 29 percent of 18-29 year olds are religiously unaffiliated, compared with 15 percent of the population as a whole. And a 2006 Pew Research poll found that 1 in 5 young people said they have no religious affiliation, nearly double the proportion of the late 1980s.

This transition has made groups like the SSA possible. Two years ago, the organization had 143 student-affiliated groups. That number is now 262. In the 2010-2011 school year alone, 12 high school groups joined as affiliates as of January 2011. By June, the number had doubled to 25.

More groups might have been created. But the formation of secular student organizations has been met with resistance across the country:

Eighteen-year-old Brian Liscoe was denied the opportunity to form a “nontheists” group at his high school near Houston. School administrators finally granted him permission after USAToday picked up the story and questioned them.

Karol Zawadzki’s high school in Chicago would not allow him to use the word “atheist” on school posters promoting the Atheist Club at a school fair.

Duncan Henderson, 15, tried to set up an SSA at his junior high school in Auburn, Ala. The school administration blocked him and appeared to be prepared for a court fight. However, the principal left and Duncan moved up to Auburn High School. There, he's been assured that an SSA can be formed.

Yet administrators who try to block the creation of secular groups usually run afoul of the U.S. Equal Access Act. That 1984 law says any school that gets federal support and already has one student-formed club cannot forbid the creation of others. The law was originally championed by conservative Christians as a way to promote religious groups on campus.

“Our group doesn’t want anything different than any Christian group at our school has,” said Duncan Henderson in a recent interview with Nick News. “So why can’t I have this group?” 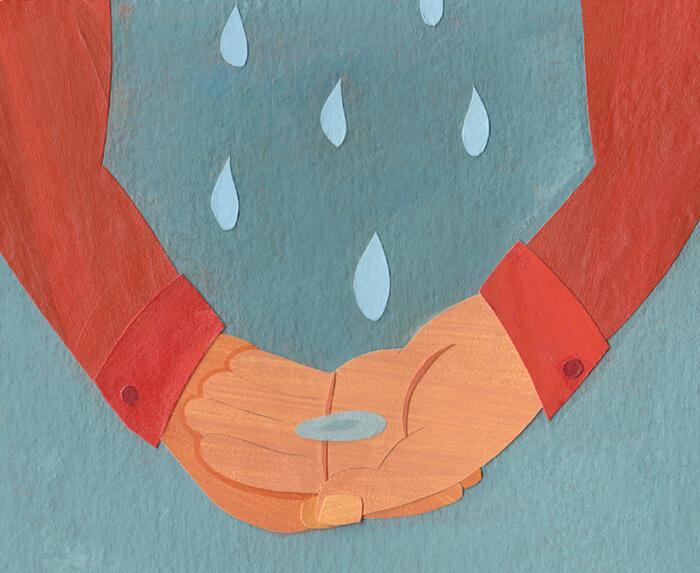 Why A Group for Atheists?

Unbelievers are frequently asked why they need school support groups. After all, isn’t the only thing they share a lack of belief in something?

But mutual support is a big reason for forming an SSA. Many—probably most—young unbelievers face hostility from people at school and even family members. For instance, the parents of Damon Fowler, the boy from Bastrop, La., cut him off financially and threw him out of the house after he came out as an atheist. His belongings were tossed onto the front porch.

In Panama City, Fla., AP English teacher Mike Creamer saw the need for an SSA at Rutherford High School after several students approached him to talk about their religious beliefs—or lack thereof. Creamer is a life-long, open atheist. He launched the club in 2010. At the first meeting, 30 students showed up.

“A lot of kids are atheist or agnostic and don’t even want their parents to know,” Creamer said. “I wasn’t surprised that we had them—just [surprised] how many actually showed up.”

Creamer said his administration didn’t block the formation of the club, but some fellow teachers have made their displeasure known. At least one or two students a year drop out of his class once they find out he’s an atheist, he said.

“Other than finding it interesting and disappointing, they’re not willing to give me a chance,” he said.

Teachers wanting to take the first step towards forming a secular student club must lead by example. It’s what Creamer said he’s found to be most effective in providing those kinds of lessons outside the traditional classroom setting by forming the SSA.

“You’ve got to be able to stand up at the faculty meeting and say, ‘Hey listen, my Secular Student Alliance did this’ knowing 95 percent of people in that room don’t want to hear about it,” Creamer said. “If you’re not willing to do that, I don’t think it’s going to go.”

Creamer said many people believe the SSA’s main function is to “bash God.” That’s not true, and that’s also not the purpose of a local SSA. He said club members participate in activities—like a recent Frisbee tournament to raise money for a local homeless shelter— and spend time discussing rationalism, skepticism, politics and legislation.

Jesse Galef of the national SSA said emphasizing equal opportunities and dispelling fear can go a long way. It might not lead to total acceptance, but it can create a degree of understanding.

“Even if other people aren’t atheists themselves, they can support atheist clubs,” Galef said. “They can fight the bullying of non-religious students. [They can frame] it in a way that it can make a big difference instead of an ‘us versus them’ mentality.”

As for newly graduated Damon Fowler, coping with the “us versus them” mentality is his reality now. He had to move in with his sister in Texas after his parents threw him out of the house. And yet as news of his situation spread, the atheist community across the world rallied, and formed a scholarship fund for him.

“I don’t feel so alone anymore because I know there are a lot more people out there like me,” Damon said. “People from all over the world have been contacting me saying they support me. And it wasn’t just atheists. Jews, Christians—people.”

Damon will attend community college in the fall. He said despite what he’s been through, he encourages anyone who feels the same way to speak out.

Back in Mississippi, Neil Carter took the leap.

He met with the school’s Speech and Debate Club to gauge student interest. After initial hesitation, he said students became excited about the idea— so much so that some wanted to pass around a sign-up sheet immediately.

But Carter implored them to hold off. He said his next step is to approach the principal for the green light. Then he’ll start the process this fall as school begins.

“A huge part of education is teaching how to think of opposite viewpoints from your own,” he said, “getting past your own biases. I’m ready to do this. Ready to go and find out if it’s as good of an idea as I think it is.”

Portfolio Activity for “The Unaffiliated Unite”