Excerpt: Getting Real About Race

Race is not a straightforward, linear construct. For as long as discussions have focused on race and education, people have attempted to figure out just what race means and how to address it to improve the educational experiences of those who have historically been marginalized and undereducated in schools across the United States. Educators tend to struggle to address race and how it informs their work with students, parents, communities, and colleagues.

In the courses I teach at various universities on race, I often remind my students that they should no longer refer to “color” when in fact they are talking about race because race is much more than skin color. Race is constructed physically, socially, legally, and historically. The meanings, messages, results, and consequences of race are developed and constructed by human beings, not by some predetermined set of scientific laws or genetics. Genetically and biologically, individuals are more the same than they are different.

Following is a closer look at these four conceptualizations: 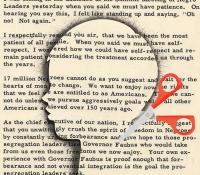 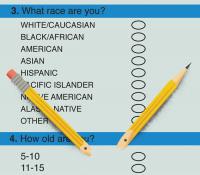 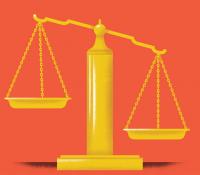 U.S. laws have helped us construct what race is. Landmark cases and legal policies such as the Naturalization Law (1790), Plessy v. Ferguson (1896), Takao Ozawa v. United States (1922), Brown v. Board of Education (1954), and Milliken v. Bradley (1974) have all influenced our constructions and definitions of race in U.S. society.

Historical realties of how people have been treated and have fared in a society steeped in racism and oppression also shape the ways in which people understand, talk about, and conceptualize race. For instance, Jim Crow laws, slavery, and racial discrimination influence how people conceptualize and understand race. 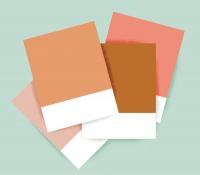 People’s beliefs about race informed by the areas outlined above shape what they do and do not do in practice. Although race is a central construct used to examine educational outcomes, policies, and practices, the depth and breadth of its applications are limited in public and academic discourse. For instance, people often talk about an “achievement gap” and disparities between white and black/brown students. However, race is not treated in any substantive way beyond reporting the data outcomes. Rationales for why race is so difficult to address go beyond the scope of this book, but my experience working with more than a thousand educators over the years is that race is a tough topic for people to discuss in “mixed” company.

Some may fear that focusing on race will force them into conflicts with friends or colleagues that they are underprepared to address. Others are concerned that they are not being politically correct in talking about race. Still others wonder if they will be judged and deemed prejudiced based on their conversations and discursive inputs about race. However, while race may be difficult to address among educators, it may be one of the most important issues to consider, particularly in schools where students of color are grossly underserved. When schools collectively decide to engage race to understand its intricacies in relation to their students, growth among both the faculty and students becomes more viable and visible. Based on my experiences, when the topic of race emerges, educators tend to automatically think the focus is on nonwhite people. What should be clear in reading this book is that white is a racial category as well, and we will grapple with whiteness just as we critically examine experiences of people of color.

How often are educators willing to talk about the fact that racist housing policies have kept people out of particular neighborhoods? Or how many educators understand the links between race, student assignment policy, property taxes, and education?

Some educators in schools do engage in conversations about race, but I have observed that most of the discourses are superficial at best: “I am worried about my black boys” or “I’m not sure why I can’t get the parents of my brown students to come to parent-teacher conferences.” Rarely are the conversations regarding race real. By “real,” I mean that these beliefs expressed through educators’ language rarely address racism, discrimination, and the effects of structural inequity on individual students. In other words, it is difficult to have substantive conversations about race regarding individual students and their parents and families without thinking deeply about the broader collective, societal systems that directly impact the individual. For instance, How often are educators willing to talk about the fact that racist housing policies have kept people out of particular neighborhoods? Or how many educators understand the links between race, student assignment policy, property taxes, and education? How often do educators discuss how racist hiring practices have kept certain groups of people out of jobs in particular communities? It is easy to blame parents for their lack of attentiveness to their children. It is simple to proclaim that parents in a particular “culture” do not care about their children. It is much more difficult, however, to admit that discrimination still mars the experiences of some. Put simply, people of color who do not respond well to sustained and ingrained racism and discrimination can find it difficult to be “model” parents to their children. People tend to do the best they can in the circumstances they face and inhabit.

To be clear, my point is not to present people of color living in poverty as victims who are weak and incapable of working through the racist and classist systems described above. To the contrary, many of these people actually succeed in spite of unjust policies, practices, and circumstances. Moreover, racism is not the only culprit in the narrative about why some groups of people struggle, but it certainly is one reason. And it can be tough for people who have not experienced racism or discrimination to understand and empathize with others. At times, readers may disagree with me, but my goal is not for readers to agree with every point made. My aim is to shepherd readers—educators—into reflective, proactive, and responsive spaces to move beyond complacency and beyond neutrality. Complacency is unacceptable if educators are committed to improving education for all. Moreover, neutrality is a conscious stance that works against social justice. In short, educators are either fighting for equitable education for all students, or they are fighting against it. There is no neutral space in this work.

Deepen your understanding of how race affects you and your students.