How would your students answer this question?
David Knight
Issue 51, Fall 2015
Bookmarked 43 times
Illustration by Alex Eben Meyer
Add to a Learning Plan
X
Add to an Existing Learning Plan
START A NEW LEARNING PLAN
All articles from this issue
Print

When I began teaching in Boston, I was struck by how often students of color referred to each other as “light-skinned” or “dark-skinned.” Almost daily, I witnessed high school students identify, categorize and stereotype their peers based on skin tone. Having grown up African American in Louisiana, I was used to white people’s ideas of white superiority and even those “colorstruck” black people who preferred lighter skin. But I did not expect that so many young people of diverse ethnicities—including Dominicans, Puerto Ricans and Cape Verdeans—would actively engage in everyday forms of skin-color bias. As one teacher in one classroom, what was I to do?

Any response to this question is complicated due to the deep legacy and influence of skin-color preference in the United States and in other parts of the world. Within-group and between-group prejudice in favor of lighter skin color—what feminist author Alice Walker calls “colorism”—is a global cultural practice. Emerging throughout European colonial and imperial history, colorism is prevalent in countries as distant as Brazil and India. Its legacy is evident in forums as public as the television and movie industries, which prefer to cast light-skinned people of color, and as private as the internalized thoughts of some Latino, South-Asian or black parents who hope their babies grow up light-skinned so their lives will be “just a little bit easier.”

It makes sense that teenagers—who are working out their own identities on a day-to-day basis—also engage in color-conscious discourse. But how do young people negotiate such powerful stereotypes, particularly when many of the contributing elements are out of their control? 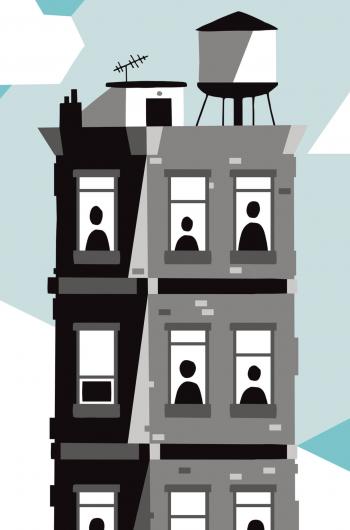 Skin-color bias affects perceptions and interactions in ways that are at once subtle and profound. Since Kenneth and Mamie Clark’s famous doll study of the 1950s, researchers have known that young people of color are profoundly aware of our nation’s disdain for all that is dark. Color-conscious banter between students reflects unconscious and unspoken biases—otherwise called implicit biases—that favor lighter skin.

A more modern example of research on colorism comes from Eddie Fergus, an assistant professor of education at New York University who conducted a study on Latino high school males. Fergus found that Mexican and Puerto Rican males with white-looking skin are perceived as white and sometimes treated more favorably, while boys of the same ethnicity who had darker complexions are perceived as black and often experience discrimination. Not only did the boys in the study navigate the world as Mexican and Puerto Rican, but each navigated different racial expectations based on external reactions to their appearances. Despite being close or even related, people of the same ethnicity face different expectations, different realities and—potentially—different educational and economic outcomes, solely based on their skin color.

Fergus’ findings are not unique. Implicit bias related to skin color—within and between racial groups—is so sweeping that, until relatively recently,  it has remained largely unquestioned and unexamined. And such bias is not just a failure of adulthood. Developmental psychologist Margaret Beale Spencer found in a CNN-commissioned pilot study of skin-color bias among U.S. children that white children attribute positive traits to lighter skin and negative traits to darker skin, and—while black children also show some racial bias toward whiteness—white children in particular hold on to these prejudices more strongly as they grow older. “Our children are always mirrors,” says Spencer in a CNN broadcast. “And what we put out there, kids report back. … We are still living in a society where dark things are devalued and light things are valued.”

The association of dark skin with criminality has become one of the most deep-seated stereotypes in American society, many social scientists say. Multiple studies have shown that dark-skinned people are perceived to be more suspicious, more likely to misbehave and more likely to commit crimes.

Recent research by psychologist Phillip Goff and his colleagues at the University of California Los Angeles (UCLA) found that police officers routinely overestimate the ages of black and Latino children, but not white children. Participants in the study estimated black boys as young as 10 to be an average of four and a half years older than they actually were. What’s more, the participants in the study who reported the most dehumanizing ideas about black individuals (viewing them as nonhuman and apelike) also overestimated black children’s ages to the largest extent, were more likely to presume black children were guilty and were more likely to support the use of force against them.

Why Care About Colorism?

What relevance do these studies hold for educators? First, they force the realization that implicit bias is pervasive and must be examined if we are to serve students of all skin colors equally well. Jerry Kang, a law professor at UCLA,  notes that teachers with unchecked implicit biases are likely to interpret student behavior and performance through the prism of stereotypes that can have long-term effects on how students see themselves and on their opportunities. “Educators, like lawyers and judges, probably assume that they don’t have bias because they chose to enter a profession helping others,” he says. “But whatever assumptions others have, teachers also have.” Fergus describes moments in which teachers will experience “color triggers” when talking with students about race-related topics, behaviors and ideologies. Without self-reflection and acknowledgement of bias, these triggers can cause educators to react in ways that are counterproductive to anti-racist classroom discourse.

The false colorblind premise that under-pins the rhetoric of equality is not lost on many young people.

Another reason schools should pay attention to the research on colorism? It offers the opportunity to launch necessary conversations. “My principal and just about all my colleagues are afraid to talk about race at all or how our interactions with students may differ based on how we see them,” says Katherine*, a white teacher at an elementary school in Brooklyn, New York. Adds her colleague Zack*, “There are many problematic things—interactions with students and blatant statements—that simply go unchecked.” Both educators acknowledge that the leadership at their school keeps the conversation focused on “academic achievement,” with no acknowledgement of the racialized discipline and achievement patterns they continue to witness. In order to sustain themselves, they support each other through critical research-driven discussions about justice, race and teaching and learning.

These types of investigations and conversations also help teachers avoid the pitfalls of colorblindness, which can be a major obstacle in redressing institutional and internalized racism. While many people, educators included, do not want to talk about who does and does not benefit in a system that is supposed to be “equal,” the false colorblind premise that underpins the rhetoric of equality is not lost on many young people. Jasper*, an Asian-American teacher in Sacramento, observes that his overwhelmingly black middle school students are very aware that their teachers treat them slightly differently. “Students say that the afterschool teachers, who happen to be black, prefer the lighter-skinned students,” he says, “which is funny because some of our strongest students are dark-skinned.” To Jasper, this revelation shows that moving beyond colorblindness—and colorism blindness—is not simply about white people learning about the experiences of people of color. “It’s about how each of us, regardless of our own color, owns up to our own bias[es] and then does some thing about it,” he says.

Returning to the question I have tried to answer for myself over the years: What does one teacher in one classroom do to help address an issue as pervasive as colorism? Staying current on the research related to colorism and implicit bias is an important first step. You can also do what Jasper does: Pose questions about color, status and bias to your students. “When I asked students to think about the famous black women they know, and if they are light-skinned, they smile,” he chuckles. “They haven’t articulated or thought about these issues as deeply. They collect the data of their experience, but have not come up with an hypothesis as 12-year-olds.” Or, you can do what the Brooklyn teachers have done by building a community of critically minded teachers in and beyond your school.

Teachers may not be able to control what happens within their institutions, but they can facilitate critical conversations within their classrooms and professional learning communities. Perhaps in doing this work, a colleague or two may begin to see—and ideally talk about—colorism.

*Teachers' names have been changed.

Many students of color (and other minority students) perceive that their experiences with discrimination, injustice and stigma neither belong, nor hold much value, in school. Establishing an inclusive classroom environment where students’ experiences with implicit bias and colorism are validated can help empower young people to speak up for change.

Provide students with language to explain the phenomena they witness on a regular basis. Teach students words such as implicit bias and colorism.

Share examples of these concepts in U.S. history and culture. Point to examples of implicit bias in historical events and literature (e.g., eugenics, genomics and the use of human subjects in science).

Create opportunities for students to interact with each other across multiple lines of identity (race, religion, gender, socioeconomic class, ability, national origin and sexual orientation). This work requires organizing learning tasks so that students regularly talk with, challenge and learn from each other. Conscientiously grouping students so that they learn from each other’s differences can help students witness one another’s humanity.

Hear what your students have to say about colorism with this activity.

Login to join the conversation
You liberals really need to stop obsessing about race. Try judging people by the content of their character. You may have to re-evaluate character is however, as there is very little of that coming from educators.
Thank you for putting this together.
Bookmark This PageSave