And the Winners Are...

Meet the recipients of the 2020 Teaching Tolerance Award for Excellence in Teaching.
Anya Malley
Issue 65, Fall 2020
Bookmarked 2 times
Illustrations by Zé Otavio
Add to a Learning Plan
X
Add to an Existing Learning Plan
START A NEW LEARNING PLAN
All articles from this issue
Print

The 285 applicants for this year’s Teaching Tolerance Award for Excellence in Teaching were extremely impressive. The opportunity to learn about the work of these educators reaffirmed for us that members of our TT community are incredibly creative in the ways they explore social justice with their students.

In their curricula and beyond, the five educators who won the award integrate the domains of TT’s Social Justice Standards—identity, diversity, justice and action—in astounding ways. They support students in affirming their own identities, and they help them understand and empathize with others in their communities. Their students critically discuss and call out injustices, and they learn to take action against them.

Here’s a look at some of the work our 2020 awardees are doing in their schools every day. 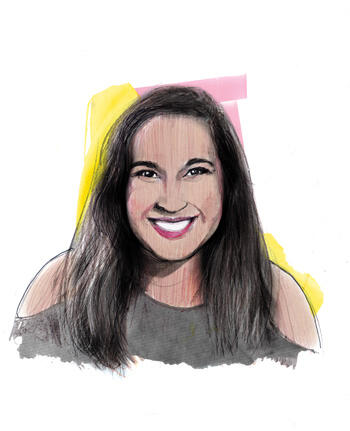 A colleague says... “She is so valuable to the work our community is doing toward racial equity.”

In Kaitlin Kamalei Brandon’s classroom, picture books aren’t just stories—she uses them to teach ethnic studies. As students see themselves represented in the books they read, she says, they “feel more comfortable bringing in their authentic selves.”

As a Native Hawaiian, biracial woman, Brandon didn’t see many children’s books representing her identities in school. Once she became a teacher, she wanted to use multicultural literature but realized she didn’t have a model for how. So Brandon created the organization and website Colorful Pages. There, she vets books, compiles reading lists, writes lessons using diverse books and provides workshops.

But teaching diverse books is only half of the equation; when teaching ethnic studies Brandon also teaches her students what allyship looks like. They learn that allies insist on the dignity of their own identities and partner with the communities around them to make necessary change. Because of their continual discussions, Brandon explains, her students immediately understood the significance of the Black Lives Matter movement.

“The kids got it so fast,” she says. They recognized that “a harm on one member of the community is a harm on all of us.” 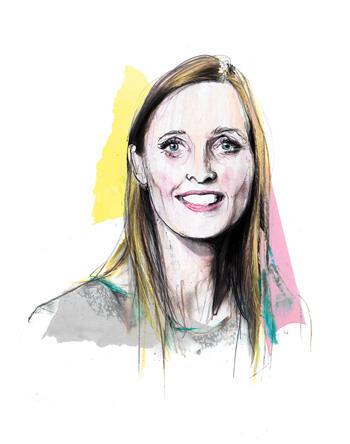 A student says… “She is without fail ready to listen to what everyone has to say and makes sure all of her students have a voice.”

To better support her students, Rosie Reid started meeting without them. With caregivers and other educators, Reid created a county-wide, anti-racist discussion group. Together, they explore works like Monique W. Morris’s Pushout: The Criminalization of Black Girls in Schools and Bettina L. Love’s We Want to Do More Than Survive. But they’re not only a book club. At each meeting, members make a plan to carry their work forward, committing to anti-racist action. Recently, for example, some members rewrote their school’s dress code policy to make it more gender inclusive. Others are currently working to eliminate funding for school resource officers in their community.

Doing this work, they engage a question that guides Reid’s classes, as well: “Who do I owe something to?”

With students, she approaches the question from many angles. Perhaps the most popular is the “Bronco of the Month.” Students nominate and vote to honor a classmate who has done something difficult or uplifted others. The ritual allows space for appreciating one another, but it also helps students think deeply about how to appreciate, celebrate and contribute to the community they’re building together. 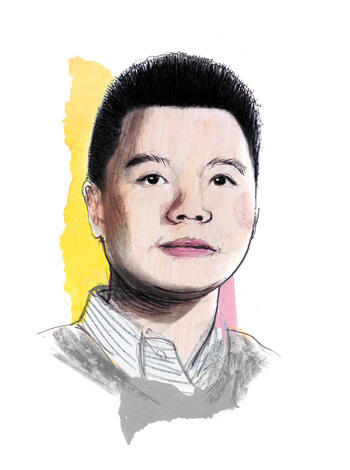 A colleague says… “He navigates his sphere of influence beautifully ... to disrupt injustice and advocate for the LGBTQ community and his students.”

In his biology and chemistry classes and on his website, Gender-Inclusive Biology, Sam Long offers a model for understanding and teaching social justice through STEM.

In all of his work with students, Long celebrates human diversity. Early on, he takes time to explain his transgender identity and the importance of respecting others’ identities in a diverse world. Later, his students learn about diversity in the natural world‚ how some species change sexes and some have traits similar to bisexuality. They learn how diversity helps species survive.

But Long doesn’t only connect science to identity and diversity; his students also learn about the relationship between science and justice. They learn about “junk science” and discuss how false assumptions about race harm Black people, Indigenous people and people of color. They learn that men of color are disproportionately convicted of crimes, and they learn how the scientific breakthrough of DNA fingerprinting has exonerated hundreds.

In helping them understand the connection between social justice and STEM, Long helps his students think about the role science can play in advancing—or impeding—a more just future. 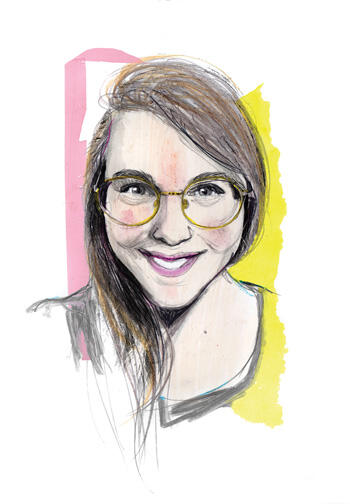 A colleague says… “She is always curious and interested in learning how to innovate her practice.”

After learning about food insecurity in their city, Erin Shadowens’ students wanted to take action. So she helped them do that. A staff member worked with some of the third graders to reduce food waste in their school. Others discussed tactics used by youth activists. Then they led a protest for children’s rights in a Brooklyn park.

She’s proud when her third grade students speak up, Shadowens says. But she’s also proud when they make space to listen.

Last year, for example, students discussed the difference between equality and equity. They considered a simple statement: “You should treat everybody the same no matter what they look like.” Every student agreed—except one. Although her classmates were initially dismissive, they eventually listened. The student explained she disagreed because we can’t make everyone use stairs if we aren’t all able to.

The student activism project was an impressive moment, Shadowens says. But it was the dialogue that stuck with her. She says that it’s in class where students first learn to use their voices. It’s the dialogues that let the protests happen. 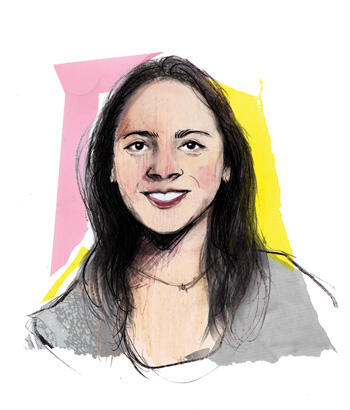 A student says… “She helps me understand the material so well that I feel as if I am in the story.”

Kia Turner believes her students need to know more than how to navigate the world; they also need to know they can transform it. In the classes she designs and teaches, she helps them see how change can happen—and how they can lead it.

Inspired by Harvard University’s Aaliyah El-Amin, Turner created the middle school advisory program Tools for Liberation. It helps students explore their identities and their experiences with race, ethnicity and gender.

In her English/language arts classes, Turner takes a different approach. She uses literary analysis to help students think deeply about language, liberation and justice. In her poetry units, building on ideas by H. Bernard Hall, she supports critical readings of hip-hop. Students study the Black Panthers and the politics of respectability. They analyze lyrics and discuss how word choices can be acts of resistance. At the end of the unit, they perform their own poems.

The goal of her work, Turner says, is to help students recognize that “they matter, regardless of what society is saying about their sexuality, their gender, their race. … They’re carving their own futures.” 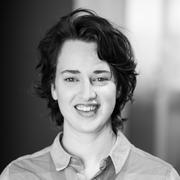