It's difficult to get your bearings when you walk into Janet Wayne's 11th-grade classroom in Los Angeles: The room is covered wall-to-wall and floor-to-ceiling with posters of every kind. On one, a giant polar bear stares next to the caption, "Everything IS connected." Another poster, "How to End Global Warming," makes you think you've entered a science classroom. Then you see "Voters' Bill of Rights" and "How to End Violence Against Women and Children." Maybe it's a social studies classroom? Or English? Here's an image of Audre Lorde and her bold words: "When I dare to be powerful, to use my strength in the service of my vision, then it becomes less and less important whether I am afraid."

Not until Wayne, a spry figure in a bright purple hat, comes to greet you can you name the curriculum. It's all over her T-shirt: "Math teachers solve the world's problems." 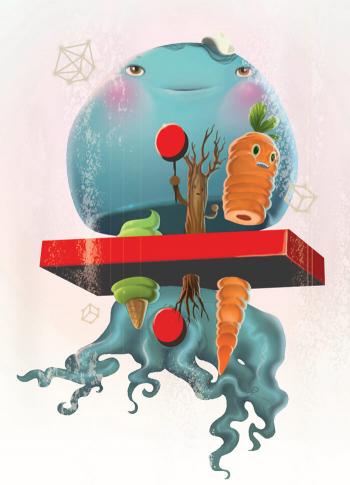 Social justice issues have long had a strong presence in some content areas. History is often a chronicle of the struggle for peace and equity. In English, students can discover how language can be a catalyst for change, can bring clarity to protests against injustice and can enhance healing and reconciliation through authentic dialogue. Likewise, art and music are often tools with which social justice activists communicate critical issues.

But math? Absolutely. Thanks to the efforts of Wayne and other teachers and educators, this basic tool of knowledge, once considered immune to real-world issues, is now being employed with increasing success in the work for equity. It's called social justice math.

Jonathan Osler, high school math coach and founder of Radicalmath.org, a Web site dedicated to integrating issues of political, economic and social justice into mathematics classes, says the concept pairs two key ideas. The first is indebted to the Algebra Project developed by Bob Moses that seeks to increase success in math for students of color and those disadvantaged by poverty. "It's a critical issue for all students to have a quality education," Osler says. "We want students of color to be math majors in college and go into math fields professionally." Secondly, Osler says, "It is a social justice issue. I feel like many, if not all, socio-economic issues can be better understood through a mathematical lens. And these issues are right in students' neighborhoods."

That's the real point of Wayne's posters, to provide "the political lens" through which she conveys her math concepts. "What's more," she says, "these are issues that students are really concerned about. They're reaching voting age, they're concerned about the environment they're inheriting from us, and some of my students are victims of domestic abuse."

But anything is grist for Wayne's math mill. She hears two students compare a recent shopping foray. "I got it for 20 percent off," one says. Wayne doesn't miss a beat. "Twenty percent off of what?" The girl in the new jacket rolls her eyes, then says, "Twenty percent of $34 means I saved $6.80. Let it rest, Mrs. Wayne, okay?"

She probably won't. In her final year of teaching, Wayne retains the energy she had in 1975, her first year on the job, when she brought her lunch in a "Starsky and Hutch" pail. "Statistics takes on a whole new meaning to students when you connect it to their lives. For instance, one in four girls and one in six boys will be abused before the age of 18. The median age is 9. Forty percent of victims are abused by a family member and 50 percent by someone the family knows. That means that only 10 percent of abuse is stranger abuse." Wayne watches the girls walk away. "Numbers matter in my math class and, trust me, I have students' attention." 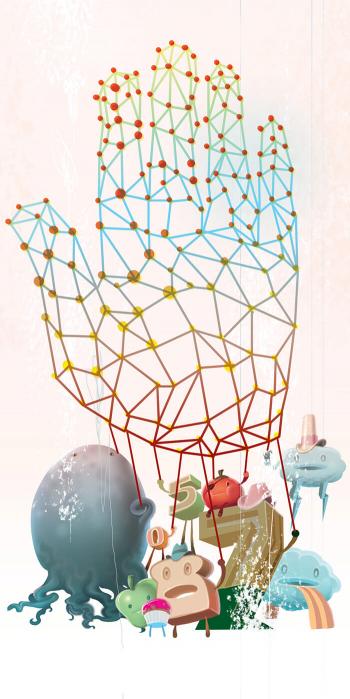 Last spring, the first-ever conference on math education and social justice met on the Brooklyn campus of Long Island University. Over 500 educators, parents, activists and students from around the country came together to explore the conference theme of "Creating Balance in an Unjust World." Emphasizing critical dialogue, conference participants sought to answer questions such as:


Five hundred is a good number for a beginning conference and it illustrates how the intersection of mathematics and social justice is beginning to catch on, especially in places like New York City where many teachers have been focused on helping students see the real-life political uses for mathematics for over a decade.

At El Puente Academy for Peace and Justice, the Toxic Avengers can tell you exactly what mathematics has to do with social, political and economic justice. Located in the Williamsburg neighborhood of Brooklyn, the school operates in one of the most chemically toxic areas in New York City. When borough officials voted in 2005 to build a large incinerator that would spew even more toxins into their community, El Puente (where Osler once taught) went into action.

Dozens of students, mostly middle and high school, joined other environmental activists by using their math skills to help build a case against the incinerator. They challenged the city leaders to make a rational decision based on the mathematical findings. The officials reversed their own vote.

For the Toxic Avengers, the well-publicized victory demonstrated their ability to meet the rigor of mathematics. Equally important, the students learned a lesson in coalition activism, namely that mathematics has important real-life applications.

I feel like many, if not all, socio-economic issues can be better understood through a mathematical lens.

Who's Doing the Math?

Not all educators or math teachers are enamored of the use of math in the pursuit of equity and justice. Classroom teachers, especially, worry that "math and social justice" really amounts to math and more work. Why add yet another content standard to an already packed cannon?

Some academic critics contend that mathematics is a neutral subject and infusing it with "social justice mumbo-jumbo" is a disservice. The Manhattan Institute's Sol Stern may have staked out the far edge of the opposition in his article, "Math and Marxism: NYC's Wack-Job Teachers," in The New York Post. Pulling no punches, Stern assails "radical teachers" who "use their classrooms to indoctrinate students in left-wing, anti-American ideology." The New York City Department of Education is irresponsible, he says, adding that anyone involved in teaching this kind of math "violates every commonly accepted standard of ethical and professional responsibility for public school teachers."

Of course it doesn't violate the standards set forth by Paulo Freire. To the late influential Brazilian educator and revolutionary, "There is no such thing as a neutral education process. Education either functions as an instrument which is used to…bring about conformity, or it becomes the practice of freedom, the means by which men and women deal critically and creatively with reality and discover how to participate in the transformation of our world."

A similar position is advanced by Eric Gutstein, the author of Rethinking Mathematics: Teaching Social Justice by the Numbers and Reading and Writing the World with Mathematics. "The movement to intersect math and social justice pulls the covers off the idea that education is politically neutral," Gutstein says. "There has been a strong reaction from some in the math community because they believe you don't touch the objective, neutral science. If you do, then you're calling into question the core knowledge base." Gutstein says the opposite is more the case, as seen in the difference between "bias" and "partisan" teaching strategies. "The Rethinking Schools publication, Rethinking Globalization, has a great response, basically saying that bias teaching does not provide all perspectives. Partisan teaching, on the other hand, stands on justice and exposes students to all issues and perspectives; it demands that students know and justify their knowledge."

For Osler, putting mathematics into a context of the social fabric actually makes it more relevant for students, and thus more likely to resonate. "Critics have a tendency to focus on social justice and think it reduces mathematics; they think teachers are trying to indoctrinate students with their political agenda," he says. "But it's of equal importance to me, if not more so, to make sure that the math we use has rigor."

K. Wayne Yang, co-founder of East Oakland Community High School, believes in the rigor of both mathematics and social justice. "We want students to use mathematics to assess the quality of their lives, to see patterns of injustice and then work against those inequities," he says. "We're not interested in a 'get-by' education. We want excellence. We want students to use mathematics so that they can be informed drivers of democracy."

The Toxic Avengers proved how powerful the application of social justice math can be to the political and economic landscape. But as Osler says, "There isn't a roadmap on how to do this. If solutions to problems were obvious and easy, we wouldn't have so many."

"There are a lot of ways to address issues that don't involve math," he says. "But be sure of this: Teaching math is what is most important to us, and having social justice connections isn't at the expense of rigorous mathematics."

Nor is it at the expense of exciting new ideas. Gutstein, one of the presenters at last spring's Brooklyn conference, says that his work in math and social justice currently has two focal points. "First it's about students as collaborators, co-researchers and co-curriculum developers. Students identify the generative themes in their lives and use mathematics as a way to understand those themes. We're mentoring the next generation of social justice leaders," he says.

"Secondly, my work is about the political education of teachers. We learn what we study ourselves and so, to the extent that teachers can 'read the world,' they can then provide students with that lens as well."

In Janet Wayne's classroom, the enlightenment of numbers finds endless personal and community applications. "After our statistics unit based on domestic abuse, students were really informed about math concepts like averages, percents, graphs of all kinds, mean and median," says Wayne. "But more than that, they were concerned about the statistical probability of how many of their own peers were probably survivors of abuse themselves or would experience some form of abuse before they reached the age of 18."

Those concerns inspired even more activism. "Students made a flier that had information and hotline numbers on it for their friends," Wayne says. "One group of students worked with a local community organization in an effort to end male violence against women and children. Other students marched in a 'Take Back The Night' vigil that calls for an end to sexual violence."

Wayne's approach illuminates what may be one of the most important elements of a successful social math curriculum: the passion of the classroom teacher in making things add up. Behind her desk, on a bulletin board that she refers to as her "shrine," are hundreds of photos of students that include class pictures, prom pictures and photos from various school events, including one where every student is wearing a purple hat. "These kids got involved socially and politically in their communities because they knew the numbers," Wayne says. "And I have to tell you, that's why I love math."