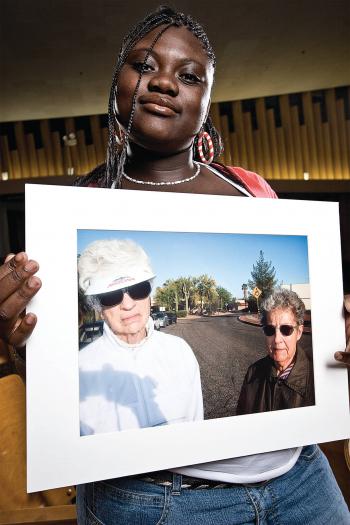 Room M219 of Tucson's Catalina High School feels more like a hip design shop or bustling photography studio than an advanced ESL class. Printouts of photographs lie scattered amidst rows of computers. Fingers dash across keyboards and images flash onto monitors as students review their own work. One would never guess that many of the students had never held a camera until they began this eight-week photography program with a visiting guest artist. But this kind of involvement, educators say, is indicative of how the arts can transform the learning process across disciplines, curricula and stereotypes.

While the students, mostly immigrants, edit their own photos, guest artist Josh Schachter, a professional photographer, works his way through the room. "Did you notice where the light was coming from?" he asks. "What were you trying to say here? Do you think you succeeded?"

He pauses at the desk of Aminata Sawyer, a 16-year-old from Liberia, as she clicks to an image of her own face, partly masked by a candle flame. "When I was in Africa, it was very sad," she says. "I wanted to show that there was no light, but it didn't really work."

Josephina Thal, a 17-year-old refugee from Sudan, pulls up a picture of her brothers and sisters standing in the parking lot of their apartment building in Tucson, a vast, desert sky in the background. "Our new apartment has really changed our life," says Thal. Their first home in Tucson was in a rougher neighborhood and dangerous for them to play outside. In the new neighborhood, she says, "The streets are empty, but it's safe. Although we don't have a lot of friends here, we can make friends in the future."

For all the students, the central assignment was to explore the concept of "home." The topic is directly relevant, since most have been resettled in Tucson from Mexico, Honduras, Sudan, Liberia, Afghanistan, Marshall Islands, Ghana and Somalia. Most of the resettlements were arranged by a local chapter of the International Rescue Committee, which also offers tutoring activities for refugee students at Catalina High. Working through the local chapter of the IRC, Schachter, who was interested in working with refugees, was paired with ESL teacher Julie Kasper.

For the project, funded by Every Voice in Action, a local youth development foundation, students were instructed to photograph their new neighborhoods and also write essays comparing their lives in Tucson to those in their former home countries. Kasper says their work built upon a classic model for ESL learning — writing from pictures. "The images help them focus on details," she says. "If they can capture what they want to say in a photograph, it gives them an image to work from to put words together." 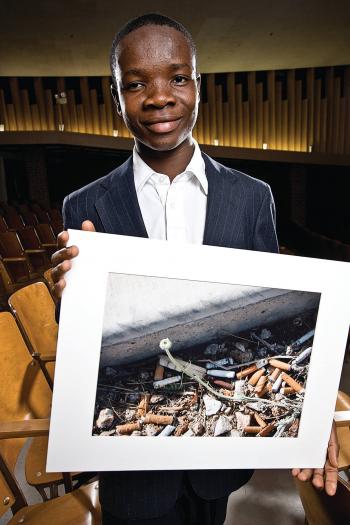 The stories also found resonance in the community-at-large. At the end of the school year, the photographs were mounted for an exhibit at the City of Tucson's Ward Six office, in the center of the city, where the majority of the students live. "It was the first time a lot of them had talked about their cultures, their home countries, and there was a lot of pride connected to that," Kasper says. "So many were shocked to learn that they had shared experiences. They felt lonely, and isolated here or they had similar histories at home."

She believes the approach also made a noticeable difference in the ESL work. "It was really the first time students were working on a fourth draft in writing and not complaining. I think they're so engaged because it's about their lives and their world."

Increasingly, research indicates that she's right. This kind of combined engagement — artistic and personal — creates an environment to boost self-esteem, improve academic achievement and foster equity in the classroom. Dozens of studies document the ways arts experiences can transfer to other academic subjects, such as reading, math and science. But that doesn't mean schools can easily take advantage of the potential synergy. In fact, cuts in arts programs almost indicate the opposite. The culprit, according to many educators, is a familiar one: the No Child Left Behind Act.

"NCLB was intended to level the educational playing field and bring rigor to instruction for all students," says Arnold Aprill, executive director of the nonprofit Chicago Arts Partnership in Education. "However, the actual effect has been to radically narrow the offerings of most public schools in the United States."

While NCLB lists the arts as one of the ten "core subject areas" students need to learn, the legislation only requires schools to report student achievement test results and meet state-determined standards for reading and mathematics. As a result, many schools, particularly those labeled as "failing" or "low performing" have had to decrease teaching time in the arts for other subjects. The irony is that arts programming may be exactly what such schools most need to improve student achievement. 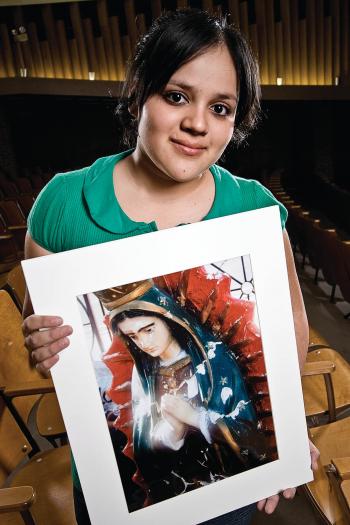 Arts cutbacks may impact most heavily on children from low socioeconomic backgrounds, says Lauren Stevenson, former senior associate at the Arts Education Partnership, a national coalition of arts, education, business, philanthropic and government organizations working to promote the arts and arts learning in American schools. The Partnership conducted a three-year study of arts programming in ten elementary, middle and high schools serving students who live in poverty in both rural and urban areas. Published as Third Space: When Learning Matters, the findings show how arts contributed to student self-esteem and self-efficacy, as well as improved behavior and attendance. Arts also improved student scores on standardized tests, including those in reading and math.

One reason, suggests Aprill, is that students from "challenging personal environments" often compensate with "high levels of independent decision-making." Aprill says arts-learning channels that kind of creative and impulsive thinking into constructive outlets.

Schachter hopes the work he did with Kasper's refugee and immigrant students might also help them begin to heal from traumatic past experiences and give them more confidence in their own voices. "That is the stuff that translates into school work and lots of other things — if they start believing in themselves," he says.

"Really it's about building a sense of self-esteem and personal empowerment — all those things happen through the process of finding your story and sharing it."