Reflections on a Dream Deferred

We have come a great distance in this nation since the assassination of Dr. Martin Luther King, Jr. The African-American middle class has grown. African Americans, women, and other minorities are in positions of leadership today that they could never have aspired to 40 years ago. In the 2008 election season, an African-American man is a serious contender for the Democratic nomination for president; so is a woman. In 1968, just these ideas would have been seen as highly unlikely, even dangerous. 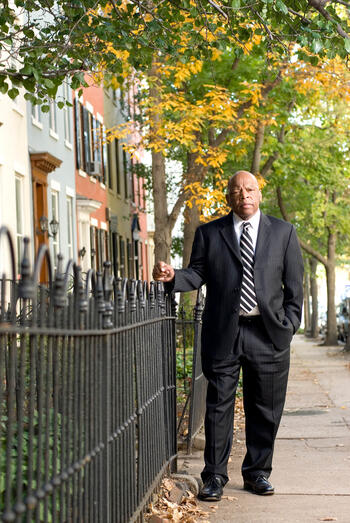 There are more African-American elected officials today than we would have ever dreamed possible in 1968. Then, there were fewer than 50 Black elected officials in the 11 Southern states of the Confederacy. Today there are over 8,000 all across the country, and Mississippi has more than any other state. Our whole society has been captivated by African-American megastars, like Oprah Winfrey, who dominate the cultural dialogue, influence stock trades, and lead by example as philanthropists and humanitarians.

On the other hand, there are still millions of Black people in this country, and people of color across the globe, who are left out and left behind. There are still people who cannot afford to see doctors. We are still spending too many of our resources on war, instead of meeting basic human needs. In 1968, this nation was engulfed in violence. Violence is accepted by too many in our society today as a means to silence opposition and difference. A culture of violence has sprung up among us that is gnawing at the soul of our society, a culture which justifies brutality, torture and cruelty. In 1968, we could not avoid the signs of overt racism and hatred in our daily lives. Forty years later, we are still reckoning with those same symbols of hate, whether through a noose hung on a tree in Jena, La., or on a professor's door at Columbia University.

In my estimation, the greatest speech Dr. King ever made was delivered at Riverside Baptist Church in New York City on April 4, 1967. I was there in the audience when he began by saying, "A time comes when silence is betrayal. … Even when pressed by the demands of inner truth, men do not easily assume the task of opposing their government's policy, especially in times of war." He was speaking then about the war in Vietnam. Forty years later, the fundamental assertions made in his speech apply to the war in Iraq today.

In 2008, we are still rediscovering the true meaning of our democracy. Democracy is not a state. It is not some high plateau that we struggle to reach so we can finally settle down to rest. Democracy is an act. It is an act that requires participation, organization and dedication to the highest principles. It is an act, and a series of actions that require us to continuously verify our commitment to civil rights and social justice at every challenge. Above all, Martin Luther King, Jr. led by example and demonstrated this devotion with his life and his sacrifice. "Some of us who have already begun to break the silence of night," he said, "have found that the calling to speak is often a vocation of agony, but we must speak."

In the final analysis, we cannot deny that 40 years later, the dream of Martin Luther King, Jr. still has not been realized. We still have not reached the Promised Land that he described the night before he was killed in Memphis, Tenn. Are we closer to building the Beloved Community? Are we closer to building a society based on simple justice that values the dignity and the worth of every human being? Yes, we are closer, but we still have a great distance we must travel before we build a Beloved Community, a nation and a world society at peace with itself.

John Lewis was the Representative of the 5th U.S. Congressional District of Georgia from 1987 until his death in 2020. He was called "the conscience of the U.S. Congress" by House Speaker Nancy Pelosi. One of the most courageous figures in the Civil Rights Movement, Lewis was a founder of the Student Nonviolent Coordinating Committee (SNCC) and a participant in many of the most notable actions of the era, including lunch counter sit-ins, the Freedom Rides of 1961 and the march across the Edmund Pettus Bridge in Selma, Ala. in 1965. He was beaten severely by angry mobs on many occasions and arrested more than 40 times, but steadfastly adhered to the principles of nonviolence espoused by Dr. Martin Luther King, Jr. and others in the Movement. Born the son of sharecroppers outside Troy, Ala., Lewis was a graduate of Fisk University and recipient of numerous awards for his lifelong leadership. He lived in Atlanta with his wife, Lillian. His Walking with the Wind: A Memoir of the Movement (ISBN 0-15-600708-8; $16) is the most definitive of many books, movies and documentaries about his life and works.