Are school uniform policies a perfect fit for all students?
Maggie Messitt
Issue 43, Spring 2013
Bookmarked 2 times
Illustration by Zachariah Ohora
Add to a Learning Plan
X
Add to an Existing Learning Plan
START A NEW LEARNING PLAN
All articles from this issue
Print 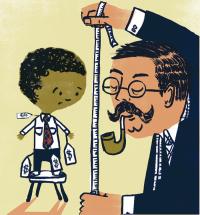 In the 1999-2000 school year, only about 12 percent of U.S. public schools required their students to wear uniforms. Since then, the number of schools requiring uniforms has risen. Uniform policies are now in place at about a fifth of all public schools in the United States—but do school uniforms really level the playing field?

New research has called into question many of the central claims that encourage schools to adopt uniform policies.

Uniforms are cost-effective for low-income families.

Proponents of school uniforms often claim they eliminate the pressure on low-income families to purchase name-brand clothing. The reality is while middle-class families may find uniforms cheaper than purchasing high-end clothing, low-income families often don’t see it that way. Given today’s economic climate, many families rely on resale shops, hand-me-downs and charitable donations—all of which are cheaper than purchasing uniforms.

In post-Katrina Louisiana, access to uniforms is an ongoing concern. The New Orleans schools, like many across the country, don’t offer uniform subsidies. “Many of us are one paycheck away from being homeless,” said Roland McCoy, the father of a ninth-grade student. “Not everyone can afford uniforms.” He estimates a single uniform costs around $165.

Advocates of school uniforms will tell you that they keep students out of trouble, both in the classroom and off campus—but there is little proof, other than anecdotal evidence, that uniforms positively alter student behavior. In fact, studies illustrate the opposite.

A 2009 University of Houston study based on more than 10 years of data from a large urban district found an increase in disciplinary infractions within uniform schools, specifically for boys.

In schools with zero tolerance policies, uniforms provide another infraction possibility—one that, though seemingly minor, leads to more suspensions and more students pushed out of the system.

Strict uniform policies may also increase absenteeism, said Jerri Katzerman, deputy legal director for the Southern Poverty Law Center. “When forced to choose between sending a child to school in the wrong outfit—which guarantees suspension—or keeping that student home,” says Katzerman, “many parents choose the latter. Either way, it’s the child who loses out.” 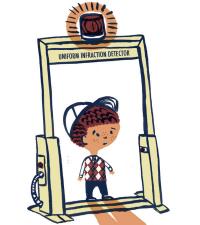 Principal Brett Butler of Kathleen Middle School in Lakeland, Fla., is one of many administrators who consider uniforms a critical school security measure. “When I look around campus, if I see someone not in a uniform, I can easily identify a person who may not belong here,” Butler told the Tampa Tribune.

Uniforms could increase a school’s ability to identify outsiders on campus, but they’re not a violence prevention measure. In 2008, the Consortium to Prevent School Violence concluded: “There is insufficient scientific evidence to endorse implementing school uniform programs as a school violence prevention strategy.” 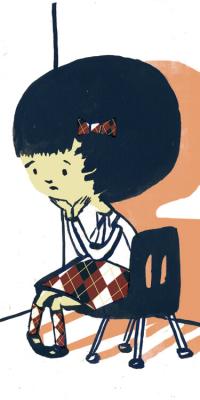 Boston Public Schools do not assign detention, suspension or expulsion for uniform violations; instead they encourage student compliance through positive reinforcement and incentive methods. But that’s not always the case, said Boston English High School’s former headmaster Sito Narcisse: “Many schools focus on compliance first and not purpose first.”

These policies do the opposite of creating class-blind schools—lower-income and homeless families often see uniforms as just one more way to identify (and often punish) students who have less. “How is this helping?” asked New Orleans parent McCoy. “The kids feel even worse. They’re not focused, and their self-esteem is really, really low.”

Still considering a uniform policy for your school or district? Ask yourself the following questions:

Why do we want to use school uniforms?

Examine the reasons. What educational or safety problems are you hoping to solve? What alternative programs address these problems? Are uniforms the only solution? Are they the best way to reach your goals?

Would uniforms be a burden for low-income families?

Identify the actual cost of a school uniform. What would the retail price versus secondhand price be? How would you address student insecurities about secondhand uniforms or inadequate sets?

How would we handle uniform-related infractions?

What are your goals? What punishments would be proportionate? If you decide to implement a school uniform policy, explore the benefits of one that forbids detention and suspension for uniform infractions.

Would a uniform policy infringe upon students’ First Amendment rights?

Brainstorm potential uniform-related conflicts and prepare for case-by-case review—preferably by a peer review board that can address “right to expression” concerns. Empower students as much as possible.

—Sociologist David Brunsma, author of Uniforms in Public Schools: A Decade of Research and Debate

Let your students weigh in on the debate over school uniforms.