What your school community needs to know about the 2020 Census.
Maureen Costello
Issue 64, Spring 2020
Bookmarked 7 times
Illustration by Nate Williams
Add to a Learning Plan
X
Add to an Existing Learning Plan
START A NEW LEARNING PLAN
All articles from this issue
Print

Ten years ago, Americans who turned on the television in February to watch the Winter Olympics or check out the latest episode of Lost likely saw an ad urging them to “march to the mailbox” in the month of March. It was a message from the Census Bureau and part of a major media campaign that included hundreds of ads in 28 languages targeting every household in the United States.

I know about these ads because I was part of the team that produced them. I’d been hired by Scholastic, Inc. to direct the Census in Schools project, part of the massive communications effort that provided maps, lessons and take-home information about the census for use in schools in every state and territory.

I was excited about pointing students and teachers to the rich trove of data available to all of us via the Census Bureau. But the point of all the education was improving the accuracy of the census, increasing the number of people who responded right away by mail and, most importantly, reducing the “differential undercount.” That was the official term for the fact that people from some marginalized and vulnerable groups—immigrants, people who don’t speak English, those living in poverty or experiencing homelessness, people in temporary housing and children—were historically undercounted or “hard to count.” The big push was to reach “hard to count” people, explain how they’d benefit from being counted, assure them the process was safe and encourage their participation.

The goal of every census is to ensure every person living in the country gets counted; this is true of the 2020 headcount as well—but a lot has changed in 10 years. While most households will still get the notice about the census in the mail, they’ll be able to skip the march to the mailbox and, instead, respond online or by phone. In 2010, the final mail response rate was 74 percent—one of the highest in decades. In 2020, by contrast, the Census Bureau is predicting that only 60.5 percent of households will “self-respond.” To find and count the people who don’t respond, the Census Bureau will send tens of thousands of enumerators into communities to start knocking on doors.

Getting an accurate and complete headcount in 2020 will be harder than ever because so many of those classified “hard to count” doubt whether it’s safe to respond at all. Given our political climate, their fears are certainly understandable. But more than half the students in U.S. public schools belong to groups that risk being undercounted. The children you teach, the families you serve and the communities in which you work have a lot riding on an accurate census count. Educators can help by educating families, encouraging participation and dispelling rumors. Here’s what you—and your school community—need to know.

Why Is the Census Important?

The results determine how power and money are distributed for the next decade. The number of seats in the U.S. House of Representatives is fixed at 435, but the way they’re divided among the states depends on where people live. Experts estimate that, if everyone were counted, states like Arizona, Florida, Texas and North Carolina would gain House seats—and Electoral College votes. Meanwhile, states like Illinois, New York, Alabama and Michigan stand to lose their clout in Washington. And it doesn’t stop there: State and local districts also get redrawn based on census results.

Another reason to take the census seriously is that governments at all levels, as well as private businesses, make decisions based on census data. Businesses use the data to determine where to build new offices and facilities that attract jobs to communities. The federal government alone distributes over $700 billion every year to support housing, education, transportation, infrastructure, health care and more, and it’s allocated according to population. Communities where everyone is counted see more dollars for public services.

What Can Educators Do?

Give families a heads up and offer to help. Early in the year, start letting families and students know to expect a letter in the mail. Volunteer to go over it with them when they get it.

Get the whole school on board. Alert families to the importance of the census on the school website, in emails and in messages from the principal. Teachers can find lessons online. Activate the family phone tree to send the word out.

Remind everyone that not being counted will have the greatest impact on children, overcrowded schools, understaffed fire departments, and under-resourced hospitals and daycares.

Give folks a reason to be counted: to demonstrate community solidarity, to show strength in numbers, to express cultural or ethnic pride, to participate in civic life and to show that every person and every voice count.

Designate a person on staff to coordinate and liaise with community groups who are also working on census response. Even if you don’t have all the answers, you can direct families to people who do.

How Can Families Be Sure Participating in the Census Is Safe?

Federal courts have decided there will be no citizenship question on the 2020 Census.

Everyone counts, regardless of resident status.

Individual names and addresses are secured for 72 years. The Census Bureau uses individual responses to produce statistical portraits of communities and the nation, but it doesn’t share or publish individual information.

Violating this law is a federal crime that includes a prison sentence of up to five years and a fine of up to $250,000. There’s no statute of limitations.

Where Do Your Students Live?

The Census Bureau has identified the kinds of census tracts, or geographic demographics, that are most likely and least likely to respond. Here’s how response rates for different tracts stack up:

Who Is Most Likely to Be Undercounted This Year? 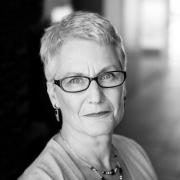 Maureen Costello
is the former director of Teaching Tolerance, newly retired after leading the project for 10 years.
Add to a Learning Plan
X
Add to an Existing Learning Plan
START A NEW LEARNING PLAN
Print