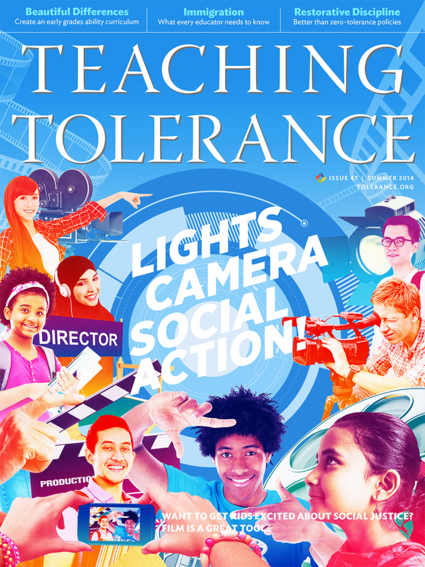 Franco*, an English language learner in Blair Daugherty’s preschool class, is playing with toy dinosaurs during a free play period when he shares something with his teacher: “Look, Ms. Daugherty, these dinosaurs have open mouths, and these dinosaurs have closed mouths. I can sort things!” He’s taken Daugherty’s lessons on sorting by color a step further—and he’s done it while playing.

Franco’s discovery highlights one of two key benefits of playing: promoting academic learning. The building of social emotional skills is the other. Play is, after all, the way children are wired to learn, especially in the preschool and kindergarten years. Most teachers know the classroom is the perfect place for children to play, but opportunities to provide those benefits are on the decline. Reduced recess, cuts to physical education courses and limited free time in the classroom coupled with an increasing emphasis on testing are propelling this decline all over the country.

Students who miss time to play miss opportunities to let their minds soar and connect the dots between what they do at their desks and what surrounds them in the world. Nicole Morales, a first-grade teacher in Florida, has found this to be the case with some of her students. “Giving them directions all the time takes away from the creative process and imagination, which a lot of my kids are lacking,” she says, “because they’re so used to being spoon-fed information that they can barely critically think.”

Research confirms Morales’ observations. Studies commissioned by the Alliance for Childhood in 2008 found that students in 254 all-day kindergartens spent two to three hours per day on math and literacy instruction and standardized test-taking skills. A separate, five-year study by Rebecca A. Marcon of the University of North Florida suggests that those kindergarteners may have had trouble in school later on. Marcon tracked children from preschool through the third and fourth grades and found that those with “overly academic” preschool experiences struggled in their later elementary years when they were expected to “think more independently and take on greater responsibility for their own learning process.”

By engaging multiple areas of the brain simultaneously, play links to “foundational capacities such as memory, self-regulation, oral language abilities, social skills, and success in school,” according to the National Association for the Education of Young Children (NAEYC). Free or unguided play is the most natural way to forge these connections. 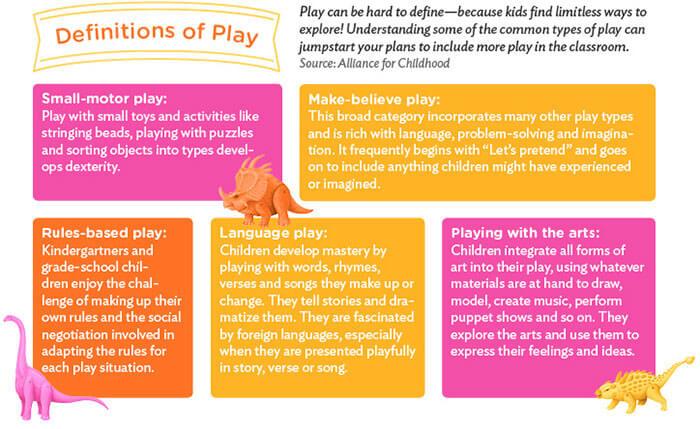 Free play is child-initiated, creative and imaginative. It builds on knowledge acquisition by allowing children to practice their knowledge in social contexts. That built-in practice allows children to learn how to relate to one another—and it happens instinctively.

Psychologist Peter Gray, author of Free to Learn: Why Unleashing the Instinct to Play Will Make Our Children Happier, More Self-Reliant, and Better Students for Life, pinpoints the example of any playtime activity that involves keeping score. Such activities require children to add numbers, hold each other accountable, self-regulate and solve any problems or disputes that arise. In essence, free play is how children learn about themselves and the world around them. And, if they’re not playing, they’re not learning in all the ways that count most.

These crucial, play-derived social skills prepare us all to live agreeably alongside others, Gray says. “The reason that children have this incredibly strong drive to play with other children is because, over the course of evolutionary history, those people who did that were the people who grew up knowing how to get along with other people, knowing how to cooperate, knowing how to see things from the other person’s point of view.”

By some definitions, guided play is not considered true “play” because it is not child-initiated; adults provide direction, resources or learning input. However, in classrooms where schedules or policies do not allow for unstructured time, guided play is a good alternative.

Playful, teacher-led learning activities tap into the brain’s multisensory engagement, making content more memorable, says Jean Blaydes, a 27-year classroom and physical educator and co-creator of the consulting company Action Based Learning. Blaydes recommends activities that link learning and movement. An example activity for teaching punctuation asks students to first come up with motions and sounds for punctuation marks (for instance, jumping into the air and yelling, “Yes!” for exclamation points), then act out those movements at appropriate moments during a text read-aloud. These playful activities are fun—and memorable.

Daugherty—who now teaches first grade—agrees that making learning fun is more effective than keeping the students in their desks. She sets up math and literacy centers in her classroom where students play games, such as a math-oriented Go Fish, a card game that requires students to apply their knowledge of place values. “They’re more apt to … think things through and connect them with their prior knowledge if they can play a game and it’s fun,” she says. “They don’t realize that they’re learning.”

You Can Do It

Teachers struggling to find time for both free and structured play may find it beneficial to fuse the two. The Alliance for Childhood states that kindergarteners in particular “need a balance of child-initiated play in the presence of engaged teachers and more focused experiential learning guided by teachers.” Getting children to play is the most important thing. Think back to Franco. It’s likely he would have eventually made the connection between sorting by colors and sorting by other criteria, but the organic, creative way in which playing opened that door can’t be duplicated.

Daugherty knows this much. Although she now teaches in a school that does not allow for in-class free play, she still makes it a point to allow student-initiated interactions at her play-oriented math and literacy centers—a kind of learning that Daugherty says “gives them a lot more than what I can give them teaching straight from a textbook all day.”

*Not his real name

For teachers who are unsure about how to effectively incorporate playing into their classrooms, there are a few steps they can take:

Leave your comfort zone.
Julian Reed, professor of health sciences at Furman University and founder of ActivEdinc.com, trains teachers to fuse playful movement and learning. Reed knows many teachers fear losing control of their classrooms, but he emphasizes that not only does more movement cut down on behavior issues; it’s proven to benefit students’ learning.

Do your research.
There is a tremendous body of research connecting physical movement with learning. Dr. Deborah Stevens-Smith, a professor of education at Clemson University, recommends:

Take baby steps.
Start with just one lesson, Reed and Blaydes suggest, and modify it to suit your students’ needs. Find free play-oriented lessons at PE Central and Active Academics.

Experience the benefits of play with these five activities.