Nine visionaries who changed the way we think about education.
Lisa Ann Williamson
Issue 47, Summer 2014
Bookmarked 4 times
Add to a Learning Plan
X
Add to an Existing Learning Plan
START A NEW LEARNING PLAN
All articles from this issue
Print

In the early 1800s, formal education was reserved for a privileged few.

From John Adams and George Washington to Thomas Jefferson, the founders of our country understood the value of education—but the reality was that education did not necessarily mean schools. Most children learned the rudiments of reading and writing at home, if at all.

Those who did go to school—often for only two or three months a year—attended an uneven mix of private religious academies and public village schools that were far from rigorous. “Teachers were young. Buildings were awful,” says David Gamson, associate professor of education at Penn State University. “There were no standard textbooks. Kids brought whatever they had at home.“

Then in the 1840s, reformers like Horace Mann began pushing the idea of common schools in Massachusetts—entirely tax-funded, nonsectarian schools that would, in the words of education reformer John Orville Taylor, give everyone “a fair start.”

These ideas spread south and west, and by 1915 reform had reached every state in the nation—education was no longer associated with wealth or religion. But the education system was still far from perfect. Improvement continues today thanks to the innovation and gumption of progressive thinkers.

Here we’ve highlighted the contributions of a few radical educators whose work we think will inform and inspire you. 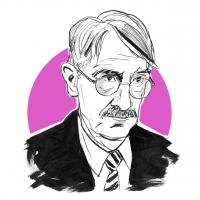 In the 1890s, when rote learning, harsh discipline and isolation were the rule in U.S. schools, JOHN DEWEY emerged as an education rebel. A professor of philosophy at the University of Chicago, Dewey was critical of wealth disparity and disheartened by an education system that promoted memorization over analytical thinking to better prepare an underclass for industrial labor.

He established the University of Chicago Laboratory Schools, also known as Lab Schools, at which collaboration and reflection among students and staff were encouraged. Although the Lab Schools served only middle- and upper-class students, Dewey hoped the instructional model would inform the broader teaching community and radically change schools. Dewey wanted to train all students to be thinkers.

What we can learn
Look for ways to change teaching methods to serve students. 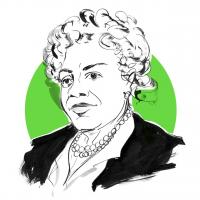 Born in 1875, MARY MCLEOD BETHUNE noticed as a child that what kept black people on unequal footing with white people was a matter of reading and writing. The 15th of 17 children, Bethune was the only one to attend school because her parents couldn’t afford more tuition. Her love of teaching grew as she shared what she learned at school with her family.

In 1904—before the common school movement reached Florida—Bethune created the Daytona Normal and Industrial Institute for Negro Girls. The school offered high school courses and training in living skills to help young black women find jobs. The school eventually merged with the Cookman Institute for Men to become what is now Bethune-Cookman University.

What we can learn
Look to fill the gaps for students. Consider an after-school program or additional small-group time at lunch.

Scholar and historian CARTER G. WOODSON was concerned that black culture and history were missing from schools and thought this omission kept educated, middle-class African Americans from becoming leaders. In 1915, Woodson founded the Association for the Study of Negro Life and History (now known as the Association for the Study of African American Life and History). Through this organization, Woodson published a journal highlighting African Americans’ contributions to society. In 1926, Woodson established Negro History Week. He became known as the “father of negro education.”

What we can learn
Honor the history and culture of every student in your classroom throughout the year. 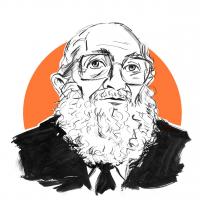 Brazilian educator PAULO FREIRE saw education as the route to freedom and liberty. In 1962, Freire taught hundreds of farmworkers to read in less than two months. Six years later, Freire published his defining text, Pedagogy of the Oppressed, in which he argued that educators should look for ways to serve all students—particularly by acknowledging that students bring a rich culture with them to the classroom. He was an advocate of progressive education and maintained that vibrant relationships between teachers and students should be at the core of radical teaching. A visiting professorship at Harvard University brought Freire’s vision for education to the United States in 1969.

What we can learn
Instruction and relationships with students can be acts of liberation.

In 1963, CHARLES COBB JR.—a member of the Student Nonviolent Coordinating Committee (SNCC)—proposed a day-school program during the summer in Mississippi as an alternative to the public school system. He envisioned a curriculum that blended academic subjects, cultural programming and political and social study. He wanted volunteers from the best colleges and universities in the country to come and teach. His vision became the Mississippi Freedom Schools in 1964.

What we can learn
A culturally rich curriculum has transformative results—not just for literacy, but for community organizing as well.

One of the teachers who took part in the 1964 Mississippi Freedom Schools was HOWARD ZINN, a member of SNCC and a professor at Spelman College. During his time at Spelman, Zinn began to see history in a different way. He noticed gaping holes and omissions in U.S. history, which made him question freedom and liberty in our country.

In his teaching and writings, Zinn sought to include the histories of people who were often silenced. He wanted to ensure that students emerge from classes ready to change the world.

What we can learn
Challenge the conventional wisdom of textbooks and question every story. 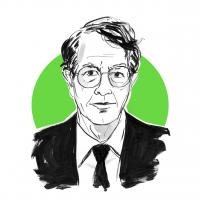 In 1964, JONATHAN KOZOL decided to teach fourth grade in a black neighborhood in Boston. A self-described “disruptive” teacher, Kozol read the poems of Langston Hughes with his students. He became an expert on social justice in urban education and a prolific writer on the inequities of education for students of color and students living in socio-economically disadvantaged neighborhoods.

Since his first book, Death at an Early Age, Kozol has envisioned social equality for all students. He advocates for the best teachers to be assigned to the most vulnerable students and says that teaching extends beyond the classroom walls.

What we can learn
Understand socio-economic inequalities outside the classroom to improve the learning and well-being of students in the classroom. 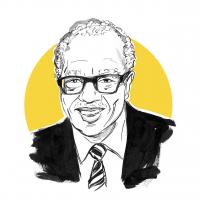 JAMES A. BANKS is, in many people’s eyes, the founder of multicultural education. He established his work during the black-studies movement of the 1960s and 1970s. By the 1980s, Banks had published research calling for education policies that promote equity and improve instructional materials and assessments. In his article, “Dimension of Multicultural Education,” Banks outlined areas of focus, including content integration, prejudice reduction and equity pedagogy.

Banks is currently the director of the Center of Multicultural Education at the University of Washington, Seattle.

What we can learn
Appreciating multiple perspectives benefits all students.

While James Banks focused on the undereducation of black and Latino students, GLORIA JEAN WATSON—known as bell hooks—added the voice of a black feminist to the inclusion conversation. As a social activist, feminist author and educator, hooks connected gender, race and class. More specifically, she brought the cultural concerns of African-American women into the mainstream feminist movement. Some people call hooks a militant, but most agree she has made it her mission to question every form of patriarchy in American society.

What we can learn
Oppression and privilege are inextricably linked. Be willing to relinquish the benefits of privilege in order to eradicate discrimination.

Learn more about the relevance and diversity of history’s radical teachers.