This text is part of the Teaching Hard History Text Library and aligns with Key Concept 9. In addition to the source listed below the text, this information was retrieved from DAHR and YouTube. 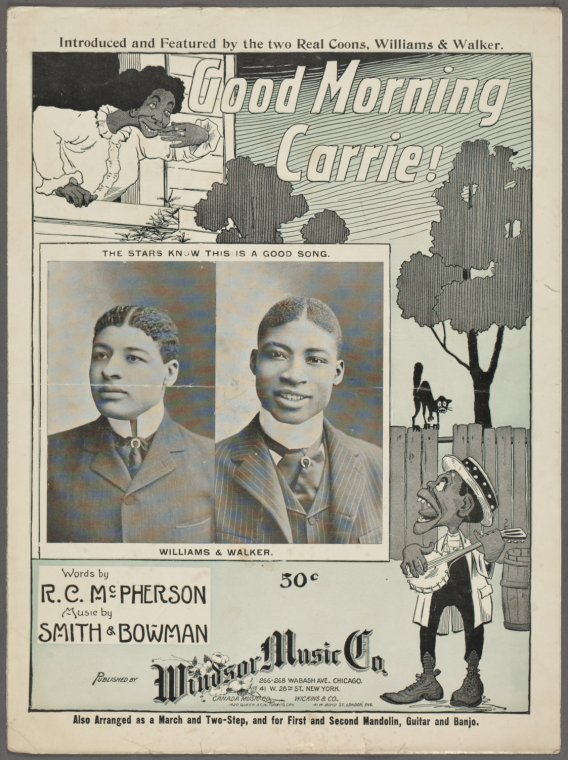 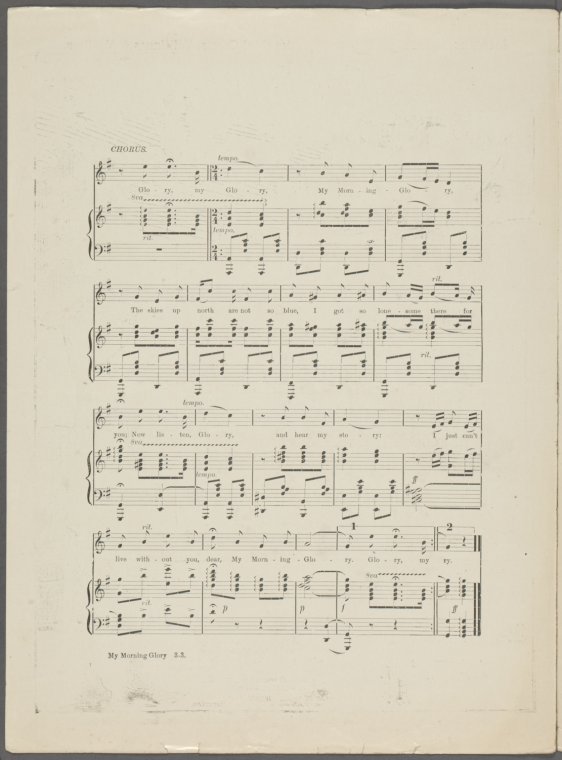 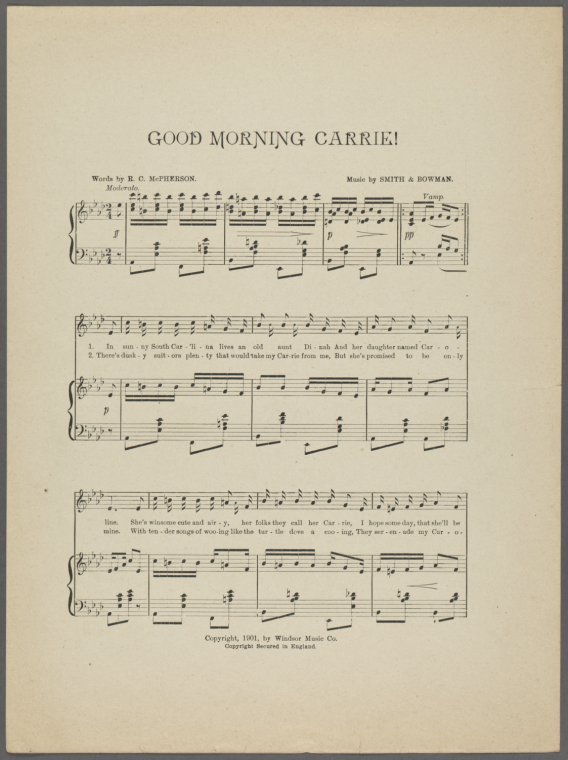 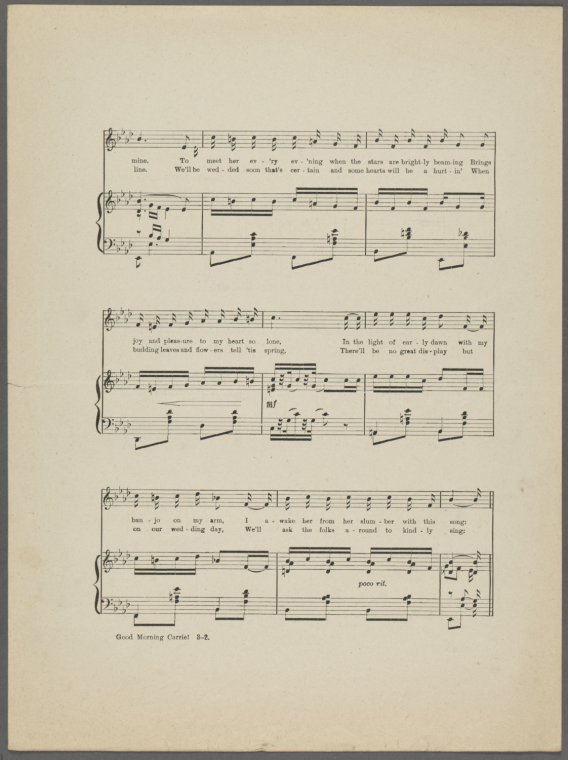 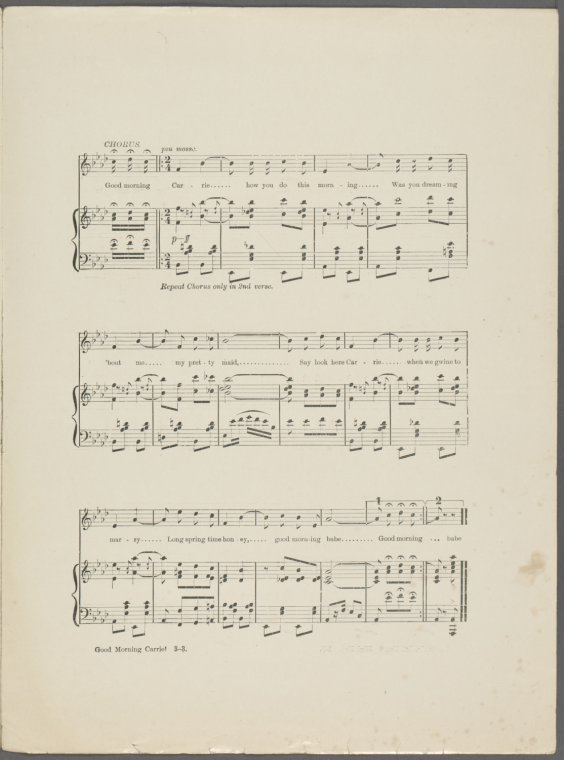 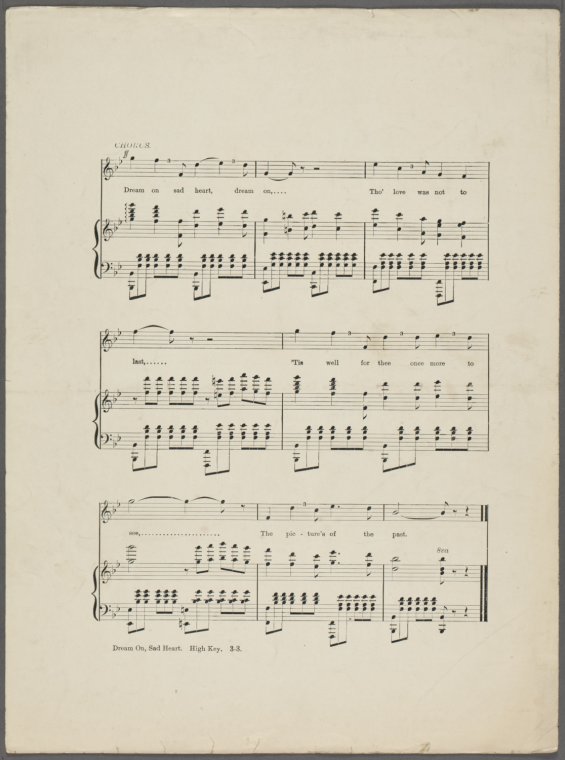 In sunny South Car’lina lives an old aunt Dinah And her daughter named Caroline. She’s winsome cute and airy, her folks they call her Carrie, I hope some day, that she’ll be mine. To meet her ev’ry ev’ning when the stars are brightly beaming Brings joy and pleasure to my heart so lone, In the light of early dawn with my banjo on my arm, I awake her from her slumber with this song:

There’s dusky suitors plenty that would take my Carrie from me, But she’s promised to be only mine. With tender songs of wooing like the turtle dove a cooing, They serenade my Caroline. We’ll be wedded soon that’s certain and some hearts will be a hurtin’ When budding leaves and flowers tell ’tis spring, There’ll be no great display but on our wedding day, We’ll ask the folks around to kindly sing: