The drawing is a depiction of the life of enslaved people found in Harper’s Magazine.
Grade Level
6-8 9-12
Teach This in a Learning Plan
X
Add to an Existing Learning Plan
START A NEW LEARNING PLAN
Bookmark Slave Houses, Louisiana (1853)
Print

This text is part of the Teaching Hard History Text Library and aligns with Key Concept 6. 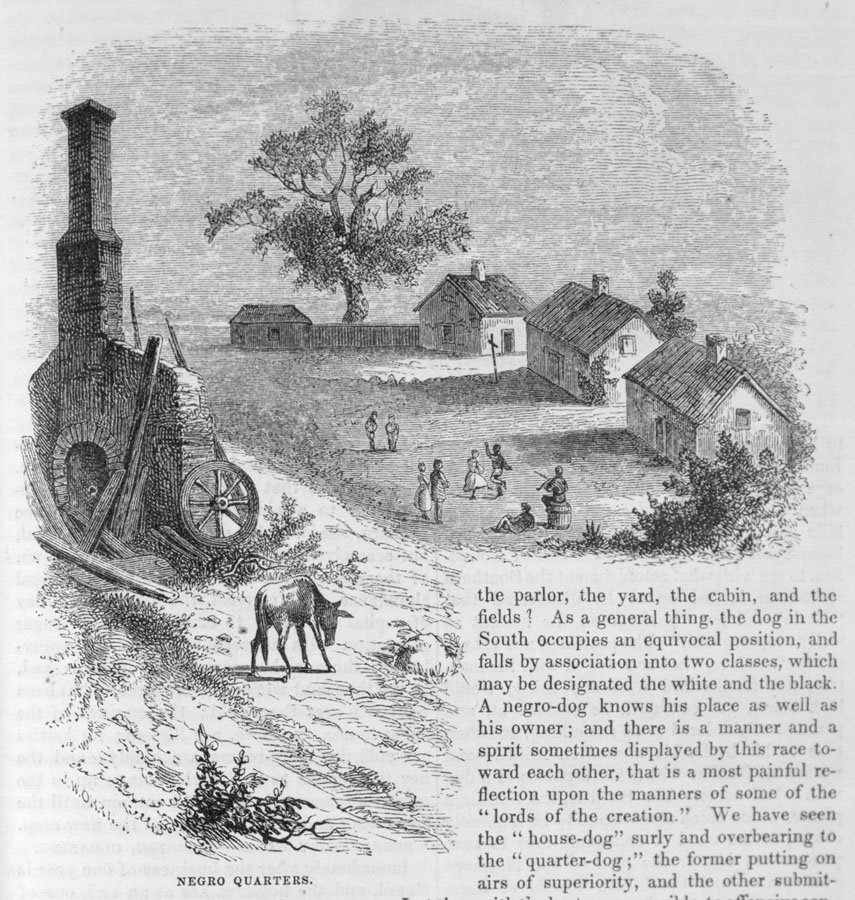 "... the parlor, the yard, the cabin, and the fields? As a general thing, the dog in the South occupies an equivocal position, and falls by association into two classes, which may be designated the white and the black. A negro-dog knows his place as well as his owner; and there is a manner and a spirit sometimes displayed by this race toward each other, that is a most painful reflection upon the manners of some of the "lords of the creation." We have seen the "house-dog" surly and overbearing to the "quarter-dog;" the former putting on airs of superiority, and the other... "

Source
This text is in the public domain. Retrieved from http://slaveryimages.org/details.php?categorynum=8&categoryName=Plantation%20Scenes,%20Slave%20Settlements%20and%20Houses&theRecord=28&recordCount=83.
Text Dependent Questions
Reveal Answers
Teach This in a Learning Plan
X
Add to an Existing Learning Plan
START A NEW LEARNING PLAN
Print