Beyond the Golden Rule

To truly teach tolerance to children, parents must promote more than the Golden Rule.
Dana Williams
Issue 28, Fall 2005
Add to a Learning Plan
X
Add to an Existing Learning Plan
START A NEW LEARNING PLAN
All articles from this issue
Print 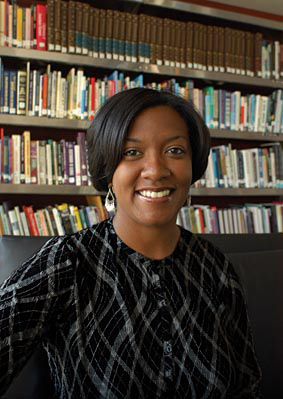 The first conversation my mother ever initiated with me about tolerance happened the night before I started 1st grade.

I'd just finished my bath and slipped into my Muppets pajamas, which matched the Muppets lunchbox I'd painstakingly chosen for the new school year.

I drug out what we called the hairbasket, a large wicker container of combs, brushes, detanglers, ribbons and barrettes. Then I sat between my mother's knees while she parted and braided my hair.

On and on I chatted about the colorful new ensemble I planned to wear, how I would surely have the prettiest outfit and hair, and, of course, the best shoes of all the girls in my class.

My mother pulled the section of hair she was braiding extra hard, one of her ways of expressing displeasure with something I'd said or done.

I didn't know it then, but that statement was my mother's attempt to introduce the concept of tolerance to me, long before it was the buzzword it has become today. My mother was teaching me to resist the notion of supremacy — both my own and others'.

She went on to offer her version of the Golden Rule: "I want you to always treat others like you'd want them to treat you — even if you were barefoot and dressed in rags."

Those words echoed throughout my childhood, doled out as a one-size-fits-all solution to whatever social problems I faced at school.

Parents as Teachers
I have a child of my own now, and my mother's words come back to me. And I know this: Teaching tolerance must begin with the Golden Rule, but it certainly does not end there. Too often, simply advising a child to "do unto others as you would have them do unto you" is insufficient.

There are times when we as parents must explain things that are painful and unfair — racism, sexism, stereotypes, hate. Times when we must comfort our children, times I have had to help my 8-year-old son learn that what some would do unto him isn't always kind or fair.

Like the day we stopped at a local carnival and I was forced to explain to him why he could not have the small photo he had won shooting darts — a caricature of a bulldog against an image of the Confederate flag.

Or the Christmas he wanted an Easy Bake Oven and couldn't understand why family members and friends balked at the notion.

Or why his elementary school's Indian mascot — a feather-toting, stereotypical warrior — was offensive and unacceptable.

For the past three years I've had the opportunity to chronicle many of these situations in the parenting column I write. I've shared a great deal during those three years, and I've learned even more. Here are some lessons I've found that apply in nearly any situation:

This year I'll build upon these lessons and draw upon the knowledge of other parents and experts across the country to produce a guidebook to be released in 2006. The guidebook will offer strategies for talking to kids often and honestly about tolerance — and intolerance.

These conversations are rarely easy, and sometimes we don't have answers. What we do have is time, patience and the desire to help our children grow into adults who value and honor diversity.

So that, someday, they might remember what we said the night before they started 1st grade — and be better people for it.