Here To Tell My Story

"Suse, we are free!" Gerda Weissmann called to her friend. The war was over. They had endured six years in Nazi concentration camps, followed by a three-month death march in bitter winter. Weissmann was 21. Her hair had turned white. She weighed 68 pounds. She hadn't had a bath in three years. But Suse did not answer; she died on the very day of liberation. Gerda had lost all but her life. 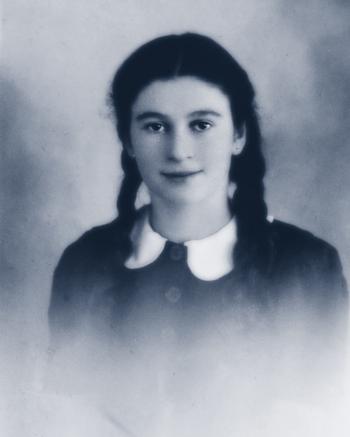 Weissmann was 15 years old in September 1939 when Germany invaded the city of Bielitz (present-day Bielsko), Poland. She lived with her father and mother, Julius and Helene, and her brother, Artur.

In her memoir, All But My Life, she recounts the horror of losing family and friends, of life in concentration camps, of the death march and of liberation in 1945 by an American soldier named Kurt Klein, who later became her husband. Her memoir is the basis of a Kary Antholis documentary film, "One Survivor Remembers," co-produced by HBO and the United States Holocaust Memorial Museum; the film won the 1995 Academy Award for Documentary Short Subject. Kurt Klein died in 2002, and Gerda Weissmann Klein keeps his memory alive.

Teaching Tolerance, in collaboration with The Gerda and Kurt Klein Foundation, has created a new teaching kit around this extraordinary life of an ordinary teenager caught in the Holocaust.

You have said that your message is threefold: remembering the past, appreciating the greatness of the present and the hope for the future. Why do you think today's children need these three messages?

My message is not new, but children need it more than ever today. To have freedom, family and unconditional love are the greatest gifts of all. We have been witnesses to horrible events, and yet they still continue to happen. Genocide is still happening today. I will never understand how someone can kill from 9 to 5 and then go home and listen to Beethoven.

I get about a hundred letters a month from students. When things like the shootings at Columbine happen, they write to ask me, "Will I ever smile again?" There is a lot of fear in young people today. I tell them they will never forget, but the memory will give them strength and a new appreciation of beauty, time and love.

As I read All But My Life and watched "One Survivor Remembers," I was struck by the role that imagination played in your survival. Talk to me about this. 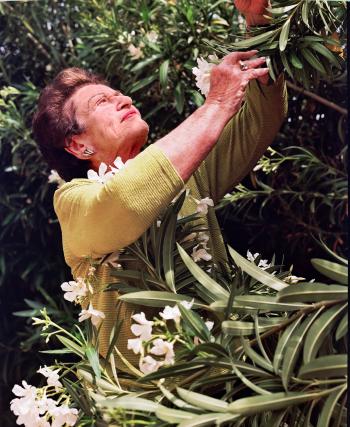 Imagination can be a distraction that shields you from facing reality. I tried as much as possible to either live in the past or in the future. I would remember our home and our garden. Or I would spend hours thinking about whether I should wear a red dress or a blue dress to a party.

When we were walking on the death march, it was so difficult. I would force myself to go on, dreaming that by some miracle my brother or my parents would be there. I always thought to myself, "Maybe at this next stop, I will see Artur or Mama or Papa." I was fortunate not to be a realist, because I saw far too many realists in the camps who did not survive.

Oh! For me this was most important when I was in the camps. I was driven by the need to have children. It is the most primitive instinct for life and survival, and I thought a lot about it. I am blessed to have three children and eight grandchildren today.

I think literature is also important for students today. Literature can fire the imagination for us to do or be something. And, today, children can do more than I ever dreamed of in my childhood. Reading and watching television can take everyone to distant and imaginary places.

Your work has focused on young people, and you keep a rather grueling speaking schedule. Why not rest in what most people consider your retirement years?

Well, Kurt and I once thought that we would retire someday, but now that I've lost him, I want to continue the work that was so important to both of us. As he often said, "Pain should not be wasted." By helping others, you ultimately help yourself.

In your work with teenagers, what contemporary issues have you heard from them that they seem to be dealing with?

I see dissatisfaction, mostly. I try to hammer home to them the pride they should feel in who they are. I recently got to speak to 72 new American citizens in Cincinnati the day they got their citizenship. Eight hundred students were watching this. I talked about the privilege so many feel having been born in America.

If I have a class of 28 students write to me, I always have one or two letters that ask me about suicide. It is usually framed as "my best friend has the problem" kind of thing, but I have gotten enough of them to know it when I read it. Sometimes parents pressure their children to excel. There is a wise saying that, "We need to be soldiers so that our children can be farmers and our grandchildren can be poets." I beg young people never to give up. Do not make a permanent solution to a temporary problem. 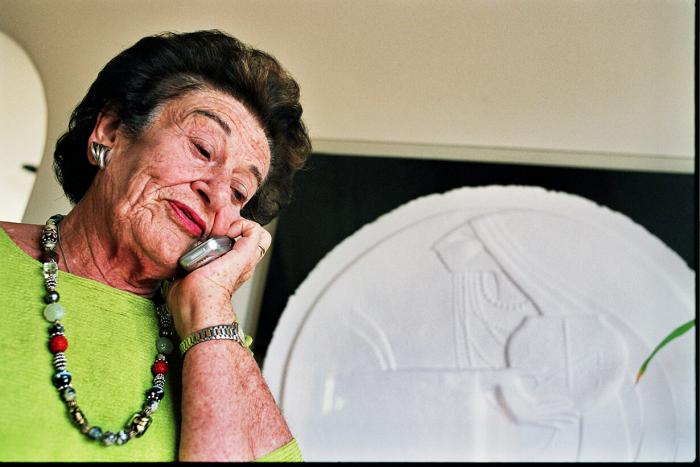 Your foundation has done work in aiding young people to work toward ending hunger in America. Some students today are not physically hungry but are spiritually hungry. How do you see this in children?

Yes, there is real hunger but also hunger for inner fulfillment. We had this kind of thing in the camps, as well. It makes me remember things like when someone gave me a safety pin for my birthday in the camps. I think when you're poor and you feel like you have nothing, that it is terribly important for someone to be able to say "thank you" for something.

I find teenagers today so very caring. They are sensitive and understanding. If students hunger for anything, they hunger for something to do.

The number one question I get is, "What can I do?" In that question already lies the answer. Follow your instincts to do something you believe in or care about. When you get to the end of your day or your life, you must answer to yourself, to be able to say, "If I saw something wrong, I spoke up." When you make a decision based on instincts, you won't regret things later.

When I read your book, I was so engaged and concerned about the stories of your friends Ilse, Suse and the other girls. Why is it important that you tell their stories along with your own?

They are more important, because they cannot. I can speak of their unfulfilled dreams in the hope that you might fulfill them. Because I am here to tell my story, and they are not, I feel obligated to keep their memories and stories alive.

Friendships are certainties you have in life. You can create friendships, too. By investing yourself in someone else, you are assuring immortality. It is important for students to see that we all have the same feelings. We all have hope and disappointment. We are not so different.

Your story of the Nazi woman in charge of your camp, Frau Kugler, offers a more nuanced view of Germans in that era. Why is it important for children to know her story?

Well, there is no doubt that she was watched closely because of her visibility, yet she still was able to show great, great humanity. She was one of only two Germans that were ever kind to me. 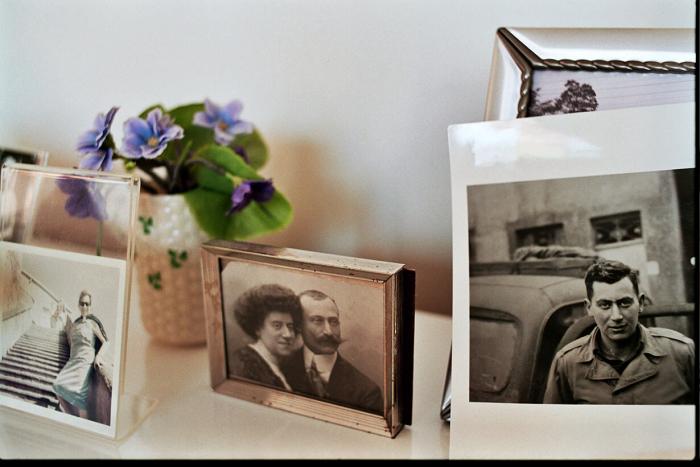 How is it that you think we can show humanity to each other today?

Students can do this by simply reaching out to others, by valuing them. Often you must spend time in the company of people you have nothing in common with. I once met such a young man and didn't know how I would pass the next hour with him. So I asked him what he was interested in, and he told me he was interested in black holes. He was absolutely fascinating, and I was so sorry when the (conversation) was over. Humanizing someone is as simple as asking them what they are interested in and then listening.

What is it you want to say to teachers today?

To teachers goes my undying gratitude. I know often that the job can be frustrating. But remember on that day you might ignite a spark in someone's brain and heart who might help the world find peace, develop a cure for cancer or write an important children's book. Teaching is first and foremost the most noble profession. Teachers are the lodestar. I believe they should be elevated above all others.

You are fond of telling students, "You are the messengers to a time I will not see." What is the message you would give to the future?

Do the works that we only dreamed of when we were young. Listen with your hearts. Remember the past. Hope that you receive not what you ask for, but what is good for you.