Ned Blackhawk is a professor of history and American studies at Yale University. A member of the Te-Moak Tribe of the Western Shoshone, he has worked at Yale to build the university’s Native American Cultural Center and serves as a faculty coordinator for the Yale Group for the Study of Native America.

In his book Violence Over the Land: Indians and Empires in the Early American West, Blackhawk traces histories of conflict between and among Native nations and European empires, including the capture, enslavement and trade of enslaved Indigenous people that was common along the Spanish frontier. This summer, Blackhawk answered questions from Teaching Tolerance Managing Editor Monita Bell about the often ignored history of Indigenous slavery in America, explaining why it’s so frequently mistaught—and why we owe it to ourselves and our students to learn and teach the truth.

What do you remember learning about American Indian history in school during your K–12 years? What did you learn about Indigenous enslavement during that time?

Growing up in the city, I attended Detroit public schools and a Jesuit high school not too far from our neighborhood. I learned very little formally about American Indian history during this period, though I remember doing projects as a child at Cooke Elementary about Indian history and culture for various school projects. I did well in both U.S. and A.P. European history in high school but cannot remember much formal instruction on the subject.

There are, for me, many ironies about this. ... Detroit and Michigan were formed out of deep histories of encounter between Europeans and Native peoples; the city both celebrates its early 18th-century founding and has countless French and Native place names. Even in a Jesuit school, with images of French martyrs within it, few [of my teachers] ever talked about the history of the region or its Native peoples.

Given that many educators themselves may feel they lack a solid grounding in Indigenous histories, what’s a starting point for understanding the history of Indigenous slavery in America?

As I have argued, [Indigenous slavery] is largely an institution that emerged out of the colonial encounter—particularly after the establishment of Spanish colonial settlements in the 1500s and 1600s. ...

We are now living with the legacies of these related histories of enslavement and colonization. And seeing the connections between them invites alternate understandings of the nature of race and power in American history.

Indigenous peoples in the Americas endured the burden of European colonialism in unparalleled ways and forms. European enslavement [of Indigenous people] was often an initial stage in the larger processes of land loss and invasion that followed.

Most people tend to think of American slavery fairly narrowly: in terms of black and white, 1619–1865, limited to the British colonies and then, later, the antebellum South. How does an understanding of the history of Indigenous slavery shift those borders?

It is very hard to understand the extent, brutality and legacies of American slavery if slavery remains synonymous with strictly African American history and peoples. In fact, before 1700, more Indigenous peoples were trafficked across North America than peoples of African ancestry. Indian slavery helped expand Spanish, French and English colonial realms.

Boston, Charleston, Santa Fe and Montreal not only held Indian captives but also became sites of trafficking to other imperial realms. Some scholars suggest that hundreds of thousands of Native peoples from across the Americas were also trafficked before 1700 throughout the Atlantic world. ...

In North America, European ships began capturing Native peoples as early as the 1490s off the Northeastern coastline; by the time of Puritan arrival over a century later, such captivity had become commonplace. ...

There were 17 Spanish settlements on Española in 1513, and Native peoples there were forced into slavery. They mined, harvested cotton and sugar and died in large numbers.

European slavery did eventually over time shift into low-land and tropical locations that became overwhelmingly tied to African slavery, but other forms of Indigenous servitude, as well as enslavement, continued across the Americas through the 19th century.

I think it’s unhelpful to try to disconnect these subjects and to see them isolated from one another. 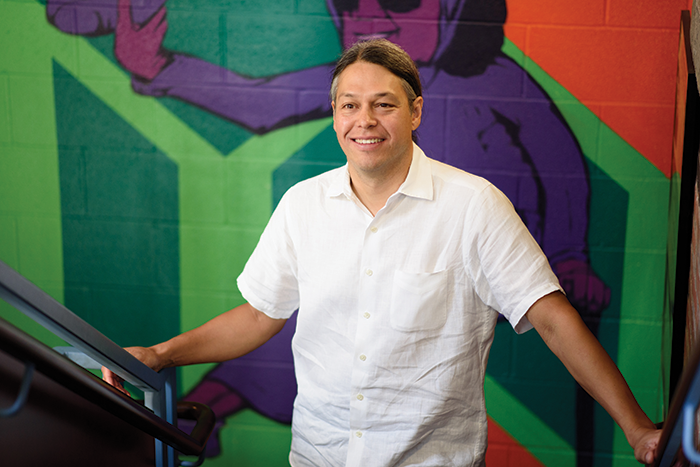 So how are scholars pushing back against these misconceptions?

Like many in my field, I’ve been working on a variety of projects that attempt to further build the field of Native American history. I’m pretty far into a book, currently titled The Rediscovery of America: American Indians and the Unmaking of U.S. History, which tries to bring together broad subjects within the field into a single-volume interpretation. It tries to advance alternative approaches to rethinking American history, and is part of a field that offers essential perspectives for remedying the misguided suggestions about America and its past. ...

These projects are familiar in the sense that they are set in the past and often across the Americas but are also deeply unfamiliar in their suggestions and outcomes. Indian slavery is one of these fields that has now grown into a particularly advanced area of study, and it doesn’t look anything like more conventional understandings of American slavery.

Indian slavery is not, for example, only a story of the American South. It isn’t a 19th-century story exclusively, and it usually involves a multiplicity of imperial perspectives rather than occurring exclusively within an Anglophone colonial or national sphere. The Spanish conquest of the Caribbean, Mexico and subsequent explorations into the Southeast and Southwest now form essential beginnings for understanding the cataclysmic ruptures brought by European colonialism, in which Indigenous slavery became one of the driving motivations for conquest as well as one of the most profitable forms of colonization.

Following the Spanish conquest of New Mexico, for example, the governor sentenced in 1599 over 500 Acoma Pueblo Indians into servitude. One of his lieutenants received over four dozen slaves to help build his encomienda, to herd his animals, work his fields and clean and cook in his home. One individual, then, received collectively over 1,000 years of bonded Indigenous labor.

This history is so important. How do you think educators might frame it for students?

I generally find that students are interested in expanding their understandings of Native history, as are teachers with whom I often work in various summer programs. I believe there is a real hunger for more accessible scholarly information about the early American world and that many desire alternative approaches to rethinking the nation’s history.

I try to connect these earliest centuries of Indian-imperial relations with more contemporary subjects, such as federal Indian policy, and believe that the past deeply informs the present.

Will you talk more about this? How does that history manifest today?

Colonialism is a defining feature of American history, and we live with its legacies on a daily basis. Many, in fact, suggest that our contemporary environmental challenges and climate crisis originated with the capitalist transitions that colonialism first established. Legal doctrines, conceptions of property, the exploitations of natural resources and [many of] the organizing notions about race and social development originated from earlier periods of history.

Understanding the formation of colonial societies is necessary in order to begin re-centering their colonial legacies.

What can educators do to better teach these critical histories or even to undo the ways that this history has been mistaught for so long?

There are many ways to remedy the pervasive erasure of Native peoples. Understanding that narratives of the past are inherently incomplete is a necessary beginning.

I believe that local and regional histories are effective ways of incorporating Indian history into more familiar pedagogical structures. Understanding not only the history of the original, Indigenous peoples of a particular place but also the ongoing histories of Indigenous survival, adaptation and ... resurgence offer effective measures against the hard sediment of previous generations and paradigms.

Showing films, inviting guest speakers [and] doing more locally conscious research projects offer ways out of the inadequate formations of the past. ...

It is hard to counteract the narratives of the past that we have received, especially about the arrival of Europeans to North America. Celebrations of European arrival not only have gone on now for generations in the K–12 school systems but also have equated American history often exclusively with Europe.

As we can see in our contemporary political discourses, once American history becomes synonymous only with Europeans and their descendants, then understandings of America and of Americans foreclose the heterogeneity that both pervades our society and also defines it.

We lose, in such celebrations, a truer sense of our national identity.

Bell is the managing editor of Teaching Tolerance, and Delacroix is the program’s associate editor.