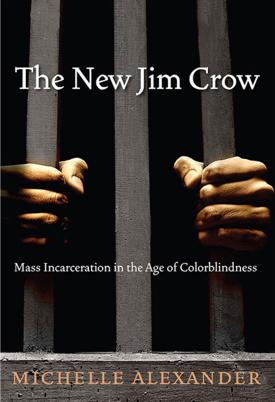 In this interview, Michelle Alexander discusses The New Jim Crow and how teachers can address the difficult topic of mass incarceration in their classrooms.

Is My School Racist? | Brian Willoughby

An English teacher shares how teaching about the Jim Crow South can be relevant to her students and can provide context for the literature they read.

While teaching her students about segregation, a novice teacher confronts white privilege and the danger of forgetting history.

Lesson 1—Talking about Race and Racism

Project Implicit is the product of a team of scientists whose research produced new ways of understanding attitudes, stereotypes and other hidden biases that influence perception, judgment and action. The Implicit Association Test measures attitudes and beliefs that people may be unwilling or unable to report.

Online Companion to Race: The Power of an Illusion | California Newsreel

Race: The Power of an Illusion is a three-part documentary series about race in society, science and history from California Newsreel. This online companion to the series, offered by PBS, has background readings, a discussion guide and interactive resources to support educating around the film.

This professional development resource explores the nature of implicit bias by explaining how stereotypes, prejudice and discrimination operate.

A webinar with Michelle Alexander hosted by Teaching Tolerance. Alexander discusses the central argument of The New Jim Crow, and makes the case for why and how teachers should address the topic of mass incarceration in their classrooms.

Lesson 3—Slavery as a Form of Racialized Social Control

This film from American Experience tells the stories of everyday Americans—southern and northern, white and black—as they struggle to create lives for themselves after the Civil War. An accompanying teacher’s guide is available at http://www.pbs.org/wgbh/amex/reconstruction/index.html.

Slavery By Another Name | PBS

Based on Douglas A. Blackmon’s book by the same name, this documentary tells the forgotten history of forced labor and brutality that continued after the Civil War and the end of chattel slavery. The entire documentary, as well as the accompanying educational materials and resources, are available online.

Slavery is a tough subject. The strategies listed in this feature story will help you teach it well.

Lesson 4—Jim Crow as a Form of Racialized Social Control

A selection of 410 oral histories chronicling African-American life in the Jim Crow South.

A short video that shows a number of films that feature blackface characters.

A lesson series that follows the history of the vote—from a time when only land-owning white men had the right through the 20th century struggle to achieve universal suffrage.

Eyes on the Prize: America’s Civil Rights Movement 1954-1985—A Study Guide to the Television Series | Facing History and Ourselves

Classroom companion to the acclaimed Eyes on the Prize film series.

Facing History and Ourselves. “Eyes on the Prize: America’s Civil Rights Movement 1954-1985—A Study Guide to the Television Series.” Boston: Blackside, 2006. https://www.facinghistory.org/sites/default/files/publications/Eyes_on_t....

Freedom’s Ring is an interactive website that features Martin Luther King, Jr.’s “I Have a Dream” speech. Users can compare the written and spoken speech, explore multimedia and discover historical context.

An online collection of artifacts that span the era of segregation, from Reconstruction to the civil rights movement. The museum’s website has substantial information, films and resources, including a focus on discriminatory caricatures and stereotypes.

American RadioWorks is a national documentary unit of American Public Media that provides documentaries and projects for public radio. Their website is home to a compilation of documentary sections, including a book and audio set that detail African-American life during Jim Crow.

Slavery by Another Name | PBS

Based on Douglas A. Blackmon’s book by the same name, this documentary spans eight decades from 1865 to 1945, revealing the forces in the South and the North that enabled “neoslavery” to emerge and persist.

The Rise and Fall of Jim Crow | California Newsreel

A four-part series that explores segregation from the end of the Civil War to the dawn of the civil rights movement.

Nearly two hours of historic video footage from the award-winning film series Eyes on the Prize, organized by event and date.

Lesson 5—Mass Incarceration as a Form of Racialized Social Control

A discussion of how racial politics have evolved since the civil rights era and how the use of coded racial appeals manifests in U.S. politics today.

The Knotted Line is an interactive, tactile laboratory for exploring the historical relationship between freedom and confinement in the United States. With miniature paintings of over 50 historical moments from 1495-2025, The Knotted Line asks: How is freedom measured?

Lesson 6—The War on Drugs—Mechanisms and Effects

California DWB Report: A Report From the Highways, Trenches and Halls of Power in California | Michelle Alexander and Frances M. Beal

This report tells the story of racial profiling in California, explaining the problem and describing efforts to end it.

Part of Where Am I Going’s video series, this short video looks at the NYPD’s stop-and-frisk policy through the stories of those it affects. Brooklyn high school senior, Kasiem Walters, talks about his numerous encounters with the police.

Communities United for Police Reform. Stop-and-Frisk: The High School Senior. Where I am Going. http://www.whereiamgoing.org/#01rsXYIXOrU.

Contrary to the "crack babies" scare of the 1980s, a 2013 study shows no major long-term ill effects from prenatal cocaine exposure. This clip discusses the current findings and the sensationalized media coverage of crack in the 1980s.

Ten commercials from the 1980’s War on Drugs.

A Teacher’s Guide to Rerouting the Pipeline | Emily Chiariello

This infographic suggests five shifts teachers can make in their own practice in order to be more responsive and less punitive in the way they work with students and handle misbehavior.

Artifacts from the End of the Prison Industrial Complex | Evan Bissel

Classroom activities that help students gain an understanding of the prison industrial complex and its historical roots.

Bissel, Evan. “Artifacts from the End of the Prison Industrial Complex.” The Knotted Line. http://scalar.usc.edu/anvc/the-knotted-line/artifacts-from-the-end-of-t….

Introduces the problem of the school-to-prison pipeline and the practices that favor incarceration over education.

All of Us or None

A national organizing initiative started by formerly-incarcerated people to fight against discrimination faced after release and to fight for the human rights of prisoners.

Daryl Atkinson, an attorney with the Southern Coalition for Social Justice, received the White House Champion of Change Award for his efforts to facilitate employment opportunities for adults and juveniles returning home from incarceration.

In this grade 9-12 lesson, students learn to identify Pauli Murray and her political activism and to distinguish between “Jane” and “Jim” Crow.

A Letter to My Nephew | James Baldwin

This essay appeared originally, exactly in this form, in The Progressive magazine in December 1962.

Baldwin, James. “A Letter to My Nephew.” The Progressive, August 4, 2014. http://www.progressive.org/archive/1962/december/letter.

A youth-led citywide coalition in Philadelphia that aims to end all forms of school violence without pushing students into the criminal justice system.

The school community, with its network of supportive teachers and their fellow classmates, is in many ways an ideal setting for students to cut their teeth as activists. This is a list of strategies to help teachers nurture young advocates.

The Just and Fair Schools Fund supports grassroots organizing initiatives that uphold the right to education for all youth and work to eliminate harsh school discipline policies and practices.

This infographic illustrates many of the causes and triggers of the school-to-prison pipeline and provides statistics and facts to show the harmful impact on particular student groups.

Telling It Like It Is: Youth Speak Out on the School-to-Prison Pipeline | Advancement Project