Educators must commit to undoing the systemic silencing of queer figures throughout history. Here are some ways to more inclusively explore the past.
Cory Collins
Teach This in a Learning Plan
X
Add to an Existing Learning Plan
START A NEW LEARNING PLAN
Bookmark Queer People Have Always Existed—Teach Like It
Print

Leslie Feinberg writes, in Transgender Warriors, “I couldn’t find myself in history. No one like me seemed to have ever existed.”

We’ve seen this play out again and again. Lessons about ancient civilizations create a cross-curricular myth that good government and genius are the provinces of white Europeans, erasing the contributions of communities of color and justifying white supremacist systems. A failure to uplift the long history of Asian American life and contributions leads to a “perpetual outsider” myth that helped motivate past and present-day racism and violence. An erasure of postcolonial Indigenous nations becomes an excuse to relegate Indigenous people to the past and simplify their complex cultures into mascots and stadium chants—with harmful consequences.

Within these histories—and within every culture’s history—queer people lived. People who loved people of the same sex. People whose gender identity fell outside the male-female binary prescribed by colonial powers or their sex assigned at birth. Throughout recorded and oral histories around the world, their stories surface.

Yet too often, those stories are invisible in our schools and in our history education. And in the rare instance that LGBTQ figures are taught in schools, they usually belong to recent history, as if queer people suddenly crossed a rainbow bridge into the earthly realm in the 1960s, born with bricks in their hands and standing at Stonewall’s door, having never existed or resisted before.

Of course, this misrepresentation has consequences. As we speak, trans and intersex kids face the brunt of proposed legislation across the country that would treat them as anomalies unworthy of public space and sports participation.

How We Teach Queer History Today

Unfortunately, too many educators erase queer people entirely. According to the most recent national GLSEN survey, only 1 in 5 queer students “were taught positive representations of LGBTQ people, history, or events in their schools.” More than half of those students couldn’t even find such information in their libraries.

But in recent years, certain figures in queer history have finally earned some long-deserved recognition. Figures like Bayard Rustin, Marsha P. Johnson and Sylvia Rivera have made their way into more curricula. This is great. Many more queer figures throughout history deserve recognition of their full selves and contributions. Undoing that systemic silencing is key.

But such undoing also follows a pattern we have seen in the recovery of marginalized histories.

The pattern often begins with highlighting heroes. Heroes serve as role models for students who need representation and as anchor points from which educators can tie known context to unknown contributors. Someone like Rustin, for example, can be tied to the well-known work of Martin Luther King Jr. and the civil rights movement.

However, highlighting heroes also gives birth to mythology. It’s how the radical work of Dr. King gets whitewashed; it’s how the lifetime activism of Rosa Parks gets diminished to a singular act.

Without follow-up steps, then, the recovery is incomplete.

The next step in recovering marginalized histories, of course, is to uplift nuances and hidden histories. To go beyond famous figures and lift up collective movements, everyday lived experiences and cultural contributions across time. It’s the ethos that informs a project like our Teaching Hard History framework, which centers the voices and lived experiences of enslaved African, African American and Indigenous peoples. It’s the method that makes recovering local history and uplifting cultures’ histories of resilient joy so valuable and relevant to students. It’s the difference between a hero who seems untouchable and a precedent that lives within each individual.

Despite the fact that queer history intersects with all of these histories, the gaps and silences in textbooks and classrooms remain huge—and harmful. And it’s important for educators to understand how to speak to those gaps, even where resources are scarce.

Teaching the Gaps and Silences

As Jey Ehrenhalt and I wrote in Best Practices for Serving LGBTQ Students, “It is no accident that so few historical records preserve the lives of queer individuals. History does not remember what it does not value.”

People with power determine whose stories belong to the dominant narrative. They can effectively erase what has been recorded, and they can hoard opportunities to publish or spread stories.

There are books that can help tell some of these stories. But many periods and cultures remain woefully unrepresented, if they’re represented at all.

To teach these gaps and silences is to acknowledge that queer people existed throughout all of human history—and to acknowledge the context that informs the erasure or incomplete recounting of their stories.

First, when possible, educators should uplift the exceptions to these erasures. From cave paintings to ancient Egypt to Indigenous cultures, queer people have lived, thrived and been celebrated. This helps disrupt the myth of perpetual progress—as if queer people have only historically been subjugated and recently been liberated—and instead allows for explorations of more inclusive pasts.

As historian Susan K. Freeman said in an episode of our Queer America podcast, “This knowledge is deeply empowering to those of us on the margins. Our marginalization is not a God-given inevitability. It’s not evidence of innate inferiority, and it’s not the way things have always been for time immemorial. Our marginalization, rather, is a result of human or manmade power arrangements.”

And it’s important to note who had that power to interpret depictions of queer life; much of recorded history about “queer” Indigenous life, for example, comes through settler colonialists’ descriptions. Many oral histories were lost or devalued.

Second, for any given era, educators should teach the context. Explain the laws, culture, power structures and societal values that may account for the erasure of queer people.

Third, educators need to be willing to think beyond the acronym. Umbrella acronyms such as LGBTQIA help us include a broad coalition, and we use the word “queer” to be as all-encompassing as possible. But these words operate in a particular time and from a particular language and thus could never capture the full range of gender and sexual identities. We cannot prescribe identities to past figures who would not have identified themselves that way, and we cannot shoehorn our words into cultures who have found their own beautiful descriptors.

Uplifting hidden histories means respecting the muxes of the Zapotec society, the nádleehí of Navajo nations and the hijras of South Asia. It means focusing less on the imposition of words and more on the precedent of lived experiences.

For queer students who have been made to believe that queerness is an aberration or a 20th-century invention, evidence to the contrary is validating. It offers all students a more complete history—one that has always included the full fabric of humanity that surrounds them.

And by including a fuller story of queer history—a story that spans place and time, that covers celebration and resilience—we offer queer students a guidepost.

“That is obviously something that can inspire a lot of resilience and fortitude within [students],” Joanna Williams said in our story about teaching Stonewall. “…They’re moving with the spirit of the people who came before them. It’s hard to channel that energy and that spirit if you think you’re the first one or the only one.”

And that’s the power of precedent. 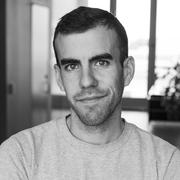 Cory Collins
is a former senior writer for Learning for Justice.
Teach This in a Learning Plan
X
Add to an Existing Learning Plan
START A NEW LEARNING PLAN
Print

Making “A Place in the Middle” in Every Classroom

Emmy Award-winning filmmaker Dean Hamer shares how his documentary A Place in the Middle, co-directed with Joe Wilson, can help students see the value of inclusion, the power of cultural heritage and their ability to create a more positive school climate.
Dean Hamer
publication
Bookmark Best Practices for Serving LGBTQ Students

With this guide, we hope to help teachers and school leaders make curriculum and policy decisions that include LGBTQ students and prepare all students to thrive in a diverse democracy.
Cory Collins
Jey Ehrenhalt
article
Bookmark Seeing ALL Identities of LGBTQ Youth of Color

Seeing ALL Identities of LGBTQ Youth of Color