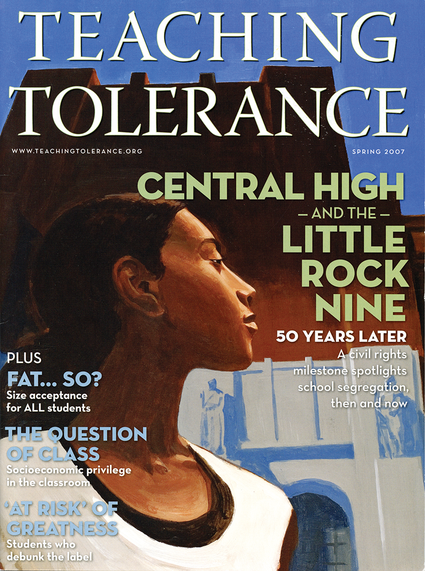 In schools across the country, kids who are heavier than their classmates experience size bias from peers and adults. And school health programs can sometimes hurt more than they help. Experts from the size-acceptance community, whose views are often omitted from health debates, offer a fresh perspective: eat healthy foods, stay active, and don't worry about your size. 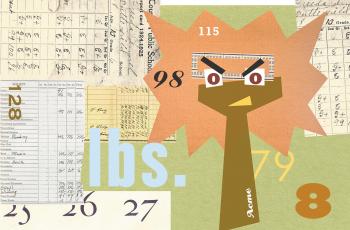 "I'm the biggest in my family and I have the best cholesterol and blood sugar," announces Kevin, a junior at Sequoia High School in Redwood City, Calif. He has just walked an extra-long distance for a late lunch of salad topped with grilled chicken strips and ranch dressing, followed by chocolate chip cookies. He came to the school's Teen Resource Center to make a point about stereotypes.

"I play three sports, I ride my bike, I walk everywhere and I'm still the same size," he says, insisting his health is better than some of his thinner classmates.

Looking at his larger-than-average size, some doubt Kevin is as healthy as he claims. But Marlene Schwartz, co-director of the Yale Center for Eating and Weight Disorders, says it's quite likely Kevin's weight may not negatively affect his health.

"I believe if a child is eating a nutritionally balanced diet and is active, if he or she has a higher BMI [body mass index], it doesn't matter," says Schwartz.

Schwartz routinely hears people say, "If only fat people worked harder, they would lose weight." But she and others challenge the hysteria surrounding the global "obesity epidemic," which defines 17 percent of children age 2 to 19 as overweight.

Paul Campos, author of The Obesity Myth, argues that Americans are, in general, only 15 pounds heavier than they were 20 years ago. It is public health standards, not our bodies, that have changed, becoming more rigid in defining the majority of Americans as "overweight."

That news is small consolation for students subjected to harassment and prejudice, sometimes unrelentingly, from peers and teachers because they are heavier than others. Many have been frightened into hating their bodies by grim medical reports about childhood obesity. Too many believe that dieting is the only solution, even though study after study shows dieting doesn't work.

Michael Loewy, a psychology professor at the University of North Dakota, paints an unsettling picture in his essay Working with Fat Children in Schools: "It is amazing that so many fat children survive adolescence, given the hatred and meanness directed at them."

'I Put Myself Down' 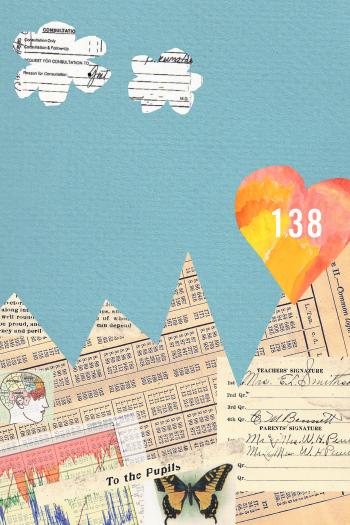 At Sequoia High School's Teen Resource Center, Dana Schuster, a speaker with the Health at Every Size program, has gathered a group of students to discuss how the war on obesity has taken a toll on their self-esteem.

"I think I put myself down more than anyone," adds Rachel, 18, referring to the negative thoughts filling her head about her size.

One girl says she's more confident and accepting of herself now that she's in high school, yet she's just finished a juice fast, essentially starving herself. "I felt good. I lost the 10 pounds," she says.

Naomi, 16, listens quietly to other students' comments about the frustrations of gym class and clothes shopping. Then she says simply, "It hurts when you weigh a lot."

Victims of size discrimination often suffer from depression, anxiety and loneliness. They may also suffer from low self-esteem, voluntarily serving as the butt of jokes -- the stereotypical funny fat kid.

"If they say things to you, it doesn't matter," says Max, one of two boys in the group, shrugging his shoulders. Max says he responds to insults with humor.

Naomi does, too. But she also has a more straightforward comeback: "I tell them, 'It's my body; if you don't like it, don't look at it.'"

Kids Come In All Sizes

Using this 'Kids Come In All Sizes' workshop, Summer has been successful addressing size discrimination with middle school girls. Her goals are to place sizism in the context of other forms of discrimination, to challenge the myths and prejudices, and to brainstorm ways to combat bias.

Follow Summer's guidelines to conduct a workshop of your own.

Children learn anti-fat attitudes from many sources, including adults who talk negatively about their own bodies or who allow size-based teasing to go unchecked.

"A lot of people who don't have this [size] difference aren't aware how painful it can be," says Frances Berg, a nutritionist and international authority on weight and eating based in North Dakota. "When someone tells a fat joke, the response should not be to laugh, or even to be silent."

Many students say teachers or other adults rarely speak up about size bias, embracing the myth that thin always is better than fat.

It's a myth some see the medical community presenting as fact.

"If one already prejudges fat people as gluttonous or lazy, it is not very difficult to think that they are also sick," writes J. Eric Oliver in Fat Politics. That means even a visit to the school nurse doesn't feel safe for some fat kids who are used to the medical community trying to "fix" their size.

Connie Sobczak, executive director of Body Positive, a nonprofit based in Berkeley, Calif., that helps teens with body issues, says the medical community does a disservice to thin kids by focusing solely on kids who are overweight.

"There are so many [children of all sizes] who aren't eating well, and not [being active]," Sobczak says. "We ignore all those children, then we focus and shame the fat children."

School health programs should focus on heart rate, rather than the mechanics of fitness tests.

Size-related stereotypes, of course, work both ways -- against fat and thin kids.

"We can't just talk about it as an issue for fat kids. The ones who are 'perfect' get overlooked, too. It's hard for them to talk about being blond and thin and looking like Barbie," says Debora Burgard, a California psychotherapist and creator of www.BodyPositive.com (unrelated to the Body Positive group in Berkeley). "They have a stereotyping problem, too."

Those prone to believe one stereotype often are prone to embrace other stereotypes, as well.

"In fact," writes Oliver in Fat Politics, "people who have strong anti-fat attitudes also tend to be more hostile toward minorities and the poor."

Stigma-by-association also exists. A recent study by British psychologist Jason Halford shows that prejudice against fat people is so strong that biases are also formed against people who associate with fat people.

Responding to concerns about childhood obesity, John S. Martinez School in New Haven, Conn., was one of the first K-8 public schools in its district to rid its campus of junk food. Last year the school hosted a pilot program introducing more physical activity, healthier cafeteria foods and nutrition education.

One physical education teacher says she sees the effects of the obesity epidemic firsthand, with younger children being diagnosed with hypertension, diabetes and elevated cholesterol levels.

"Most of them get on the scales without problems," she says, but for other students the process is "stressful" and "hard to approach." She contacts parents to discuss the best ways to intervene.

One winter afternoon, with snowflakes swirling outside the windows, several 7th- and 8th-graders gather at the school to talk about what happens when their parents get that kind of call.

The 8th-graders say all these efforts to get or keep them thin -- eliminating vending machines, serving salads for lunch, increasing their gym time -- have increased their fear rather than reduced their weight.

Twelve-year-old Arianna worries about high cholesterol. The message she gets from her parents and her doctor is that she must lose weight to get healthy. "I get depressed if I think about it too much," she says. When she's depressed, Arianna confesses, she sneaks Snickers and Milky Ways.

Emily worries her extra weight could lead to a heart attack. "I'm not going to be big in high school," says the 12-year-old, shaking her head from side to side. "No, I'm going to go on a diet."

Focus on fitness, not weight

In 2003, Arkansas was the first state to require schools to chart its students' BMIs. Three years later, the state's percentage of heavy school children remains the same: 38 percent. But another statistic has emerged: 13 percent of parents reported that their children had been teased because of the new program, according to the Arkansas Democrat-Gazette.

Instead of forced weighings and BMI checks that focus all attention on heavier kids, Schwartz, of the Yale Center for Eating and Weight Disorders, says schools should develop creative ways to get all students more active. She suggests PE classes that emphasize different choices of movement, not just team sports.

"I think we're turning them off," she says, of mandated fitness tests that are harder for larger students to complete.

She says coaches, who often use running as a punishment, sometimes stand in the way of progress. Perdikomatis has heard a group of PE teachers, for example, laugh at the very concept of Health At Every Size.

"They think everyone should be the same size," she says.

Perdikomatis just received a grant to furnish her high school's fitness center with games like the interactive "Dance, Dance, Revolution" and a stationary bike/Play Station II combination. The equipment is not only fun, Perdikomatis says, but it also puts the focus on heart rate rather than on the mechanics of a fitness test.

Frances Berg, founder of the Healthy Weight Journal, says that's the way it should be.

"It's important to practice healthy habits no matter how much you weigh," Berg says. "It's not the weight; it's how active you are. (And) kids have to enjoy what they're doing, or else it won't work."