Peeling Back the Labels

A child's ADHD diagnosis raises one parent's concerns about the stereotypes that too often surround the disorder.
Dana Williams
Issue 33, Spring 2008
Photography by GETTY
Teach This in a Learning Plan
X
Add to an Existing Learning Plan
START A NEW LEARNING PLAN
Bookmark Peeling Back the Labels
Print 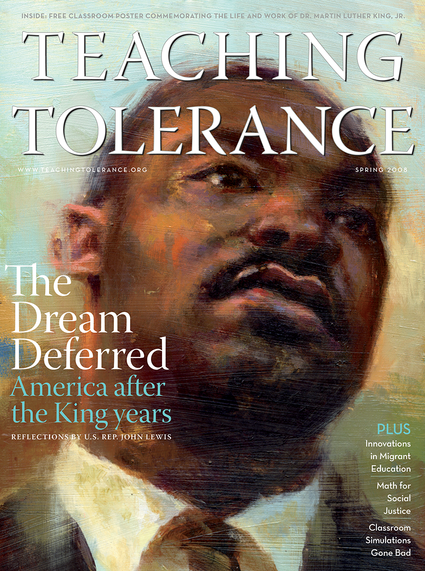 I suspected it before he'd even completed the 1st grade, long before the doctor announced the diagnosis. The stressful afternoons during which 30-minutes worth of homework morphed into two hours as my son flipped cartwheels or ran around the table to expend energy between math problems. The notes a half dozen teachers sent home about him squirming and fidgeting in his seat or blurting out answers. The directions I had to repeat over and over just to make sure he put away his backpack, took a bath and picked an outfit for the next day. Year after year, I had hoped these problems would disappear, but they now seemed to be getting worse and interfering with his schoolwork.

It was his 4th-grade teacher who persuaded me to have my son evaluated for Attention Deficit Hyperactivity Disorder (ADHD) last year. Other teachers had made the suggestion before, but because my son always performed so well academically, I didn't feel compelled to act upon their recommendations. Now, however, he seemed to struggle mightily to earn those same good grades, and his confidence suffered in the process.

Wanting to make sure my child was not counted among the misdiagnosed, I sought three opinions. Sure enough, a pediatrician, psychiatrist and a psychologist each arrived at the same conclusion: my son had ADHD.

Finally, I had a clear explanation for the internal chaos that seemed to be holding my son hostage — and exhausting his teachers and me in the process. But as discussions about treatment ensued, it wasn't long before I noticed the judgments coming from friends and family. And it wasn't long before I recognized that yet another label had been added to my son's identity.

The ADHD diagnosis would provide the world with one more lens through which to view him. For too many, that lens can be extremely biased. Even with so many children today diagnosed with ADHD, misinformation surrounds the behavioral disorder and treatments for it. One of the more pervasive beliefs is that parents who choose to treat their children's ADHD with medications to control the disorder are simply taking the "easy" or "lazy" way out.

While I'm aware that young people are routinely stereotyped based on a myriad of real or perceived differences, I do worry about how my son's diagnosis will shift others' expectations of and responses to him. He and I have already dealt with the labels that come with his being a young black male, private-school-educated, reared by a single mom.

The results of a four-part study published in the May 2007 issue of Psychiatric Services suggest that my concerns are not unfounded. Conducted by researchers at Indiana University and Columbia University, the study examined Americans' views of children with mental health conditions such as ADHD. The results showed that large numbers of Americans believe children with ADHD are "dangerous to others," that rejection at school is a likely consequence of getting treatment, and that medications used to treat ADHD "turn kids into zombies."

Responses like these are enough to make many parents shameful and reluctant to openly discuss their child's condition. In some communities, such responses are enough to discourage parents from even seeking diagnosis or treatment. The consequent negative impacts on the way children with ADHD see themselves are compounded.

Educating Ourselves and Our Children

While admittedly concerned about how others would view my son's ADHD — and how they would view my response to the issue — I realized that allowing other people's biases to keep me from pursuing all available treatments to help my child was simply not an option.

New research shows that nearly nine percent of American children — approximately 2.4 million between the ages of eight and 15 — meet medical diagnostic criteria for ADHD, while fewer than half receive a diagnosis or treatment. And of those who are identified, only 32 percent are getting proper care.

In consultation with my child's doctors, I decided to pursue a course that included nonstimulant medication and behavior modification consisting of a highly coordinated system of limits, expectations, rewards and consequences. It included both home and school. For example, a weekly token system helps him stay on task by motivating him to earn good behavior cards each day that he remains focused, finishes all of his class assignments and follows classroom rules. At the end of the week he trades in the cards for perks like extra basketball court time or a trip out for ice cream. I also provided my son with several tools such as colored reading strips and color-coded papers to help him keep his focus during schoolwork. And, as always, I seize every opportunity to remind my son how bright, capable and special he is.

Because most biases and stereotypes are born of ignorance and misinformation, it's important that we as parents and educators do our part to educate ourselves — and our children — about differences such as mental health conditions and the treatments that exist for them.

My hope is that through increased awareness and honest discussion, others will learn to see all children — including my own — not as "labels" but as unique individuals with unlimited potential.

Since getting my son's diagnosis and pursuing the treatment his doctors recommended, I've seen a noticeable change. I'm no longer chasing my son around the kitchen table between math problems or helplessly watching him struggle through assignments he's always been more than capable of completing with ease.

I have seen his confidence and self-esteem rebound. To me, he's the same boy as ever — gifted, witty and precocious. He happens to have ADHD.