As 2019 drew to a close, Christopher Jackson was hitting the streets. He was out to get votes.

Along with his classmates at Leland High School, Jackson aimed to secure 60 percent of voters in a December bond issue election. The measure was intended to help renovate and repair their Leland, Mississippi, school. Months before, the bond had fallen shy of approval by just 14 votes.

Chris and his peers were motivated to pursue direct action in their community after investigating the work and writings of Fannie Lou Hamer, a civil rights icon and lifelong resident of their Delta region in northwest Mississippi. Alexandra Melnick, a Teaching Tolerance Educator Grantee and English teacher at Leland High School, developed the exploration and guided students through it.

Melnick’s students studied Hamer’s attempts to vote. They learned about the white jailors in Winona, Mississippi, who had Hamer beaten by other prisoners after her arrest for protesting segregation. They learned about the decades she spent community organizing, as well as the resulting firebombings and gunshots she survived in her home. They discussed her collaboration with Freedom Summer workers and her incendiary speech as a delegate of the Mississippi Freedom Democratic Party at the 1964 Democratic National Convention.

Students connect immediately with Hamer, Melnick says, because she fought for their community. When they listen to her speeches and read about her life, they understand where she’s coming from—literally.

“She’s particularly culturally relevant for my students,” Melnick explains, “because this is a very religious area and she’s Southern Baptist. She uses a lot of Biblical allusions and renegotiates them in a way that is very female-empowered and [aligned with] liberation theology.”

Students are not only drawn to the local roots they share with Hamer; they revere her as a true civil rights hero, says Melnick. For instance, when they took a trip with the school’s African American Studies teacher, Shaun McDonough, to the Civil Rights Museum in Jackson, and students learned their tour guide had known Hamer personally, they were awestruck. “It was like saying, ‘Oh my God, Beyoncé is here, or Lizzo,’” Melnick relays.

This reverence comes in large part from the depth of the students’ exploration into Hamer’s work. They examined the rhetoric of her speeches in detail. They studied the mood, tone and style of her words to understand how she effectively persuaded those who disagreed with her.

This was happening to a woman 20 minutes from here, and it’s still going on today.

“She has this ... line where she asks, ‘Is this America, home of the free, land of the brave?’” Melnick recalls. “That always gets such an emotional reaction out of my students because they have the same experiences, in the sense of asking, ‘Is this really America, where [our school] is so underfunded?’”

Inspired by the Past to Fight Injustice in the Present

Without basics such as functional heating and cooling and an adequate number of drinking fountains, teachers say providing students with the education they deserve presents a chronically uphill battle at Leland High.

“We don’t have air conditioning in this room,” explains the school’s other English teacher, Jocelyn Jarrett. “So in the summer, my classroom is 94 degrees. My students are at an average of a fifth or sixth grade reading level. They’re state tested, so they can’t graduate without passing my exam and they’re trying to learn in a 94-degree classroom. A lot of these things are stacked up against the kids.”

Chris Jackson says it’s not difficult to connect the struggles of their high school, where more than 94 percent of students are Black, to the unjust conditions of segregation Hamer faced in her lifetime. “Sometimes we feel like the white people just don’t want the school to be better,” Chris explains, “and it shouldn’t be like that. It shouldn’t matter what color the school majority is.”

Students individually studied a variety of Hamer’s texts, while collectively investigating the overarching message in her rhetoric and connecting it to broader themes of identity and social change.

Down the hall in Shaun McDonough’s African American Studies class, students examined the history of voting rights and the role of poll taxes and literacy tests in perpetuating voter suppression. McDonough tied this history to more contemporary forms of voter suppression like voter ID laws and limited hours at polling places.

Teachers made sure to engage intentionally and respectfully with this topic, as many students’ families are already intimately familiar with these limitations. “The children have personal stories,” Jarrett describes. “‘Oh, my grandma tried to vote and her name wasn’t on the roll.’ ‘Well, my mother can’t make it to the polls.’”

As students’ experiences resonated with one another, their group discussions brought structural inequities to light. “They started understanding, ‘Oh man, this isn’t OK,’” Jarrett says. “[The material] is so relevant that the students saw it themselves—these things holding them back that they hadn’t seen before.”

Students in Leland celebrate Hamer’s story as one of resilience and success. At the same time, they have borne witness to segregation’s unjust effects in their own lives and education. After the courts began enforcing school desegregation in the 1950s and ’60s, “segregation academies” began cropping up across the Delta. Because these private schools founded by white families operated outside the jurisdiction of Brown v. Board, white parents could avoid sending their children to desegregated public schools. While these private schools are no longer legally segregated today, the reality isn’t lost on Leland High students.

Leland High served only white students until it was desegregated in 1970. Today, in an economically struggling community whose state legislature does not fully fund its public schools, it remains grossly underfunded. Melnick says even the roads outside the school are “clearly not satisfactory,” and she advises visitors to avoid drinking the water, which runs brown.

“It’s a huge moment when students are like, ‘Oh wait—this is still happening now,’” she says. ‘This is our story. This was happening to a woman 20 minutes from here, and it’s still going on today.’”

Students at LHS followed September’s election carefully, eager to find out whether their community would support the necessary repairs for their school. When the measure fell short of approval by just 14 votes, they were crushed. For Jarrett, while the bond’s rejection and its surrounding circumstances caused frustration, witnessing its effect on students has been even more demoralizing. She had to cancel that day’s lesson plan because her students kept asking to talk about why the bond didn’t pass.

“A lot of them felt it came down to who they were,” Jarret says, “going to these schools and their skin color and what they looked like. They said, ‘Oh yeah, it’s just because we’re the ones that go here.’ Hearing that out of a 14-year-old’s mouth is absolutely devastating.”

“Every time it comes up in the classroom, my 10th graders say, ‘I’m not surprised. I didn’t really see the classrooms changing anyway.’ The [resignation] has already been beaten into them.

“But my ninth graders are still saying, ‘We deserve better.’”

And there are signs of hope. After the bond’s initial rejection, Leland students began mobilizing their community once again. They helped circulate a petition for a re-vote and doubled down on their efforts to engage community members about the importance of casting their vote.

After studying Fannie Lou Hamer, Jackson says, he believes the act of voting holds more significance than the outcome of the election. During the last few months of 2019, he was out encouraging his neighbors to participate in the electoral process. “I think the community should come together more and discuss things,” he says, “instead of being divided all the time.”

When the December election day finally rolled around, the town saw three-quarters of an inch of snow. The weather was a rarity for Mississippi, and a challenge for the high school, which local news reported had no working heat at the time. Even so, the report went on, residents of Leleand “braved the rain and snow to come vote.” The students reached their goal—on December 10, the bond issue passed with 63 percent of the vote.

“The BOND PASSED!” the district tweeted the next day. “Now we can do what we need to do for our students. Thanks from Leland School Districts.” According to local news reports, work on the high school had already begun.

Months earlier, when the outcome of the election was still uncertain, Jackson had explained that the project had value independent of its outcome.

“Even if the vote doesn’t go your way,” he said, “you still gave your voice. That’s the whole point of the process. It doesn’t only matter if you won or not, just get your point across. That’s what [Hamer and other activists] fought for.” 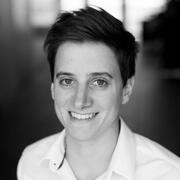 Jey Ehrenhalt
is program manager of school partnerships at Learning for Justice.
Add to a Learning Plan
X
Add to an Existing Learning Plan
START A NEW LEARNING PLAN
Print