Teaching Tolerance spoke with Rivera about growing up without a green card, activism at a young age and what educators need to know about their undocumented students.

Tell us your backstory. How did you become an activist?

My mom and I were born in Colombia. … We came to the United States and I was four years old. [G]rowing up, I kn[e]w we were undocumented, but I didn’t really know the extent of what that would look like in my life. I knew we were immigrants. We struggled to speak English. We had to navigate different systems with limited resources and access to things. … It wasn’t until I got to high school that I started realizing how my immigration status was going to impact me personally.

More specifically, my senior year of high school, I went to a summer program that was supposed to prepare me for the college application process because I was the first one in my family, so I didn’t really know about the college application process. … In that program, I found out that I wasn’t eligible for financial aid. … I thought, “Well, this isn’t true. They will see my grades and everything will be fine.” My whole four years of high school I was told to work hard and to go to school and get good grades and give back to your community and everything should be fine, and I did.

I decided to go to a financial aid office at a college that I wanted to apply to. I was going to show them that I deserved to be there, basically, and that I should get financial aid. I was 17 and I was so determined. I went with all my paperwork from school, and the financial aid administrator kind of started yelling at me and told me that, if I didn’t have the money to be there, I shouldn’t be wasting her time.

I had participated in a City Youth Conference prior to that event. At this conference, I met this group of immigrant activists who were facilitating a workshop on immigration in New York. They spoke about the DREAM Act. They spoke about undocumented youth rights. I had never met other undocumented people. I didn’t know that there was activism going on, and that’s when I met the New York State Youth Leadership Council [NYSYLC]. During this time, where I was trying to figure out what I was going to be doing and how I was going to go to school, they had a “Get Active” training in New York City. I attended the training. … I signed up to get more information, and I got their scholarship program for the first semester of college when I graduated from high school.

It was never my intention to become an immigrant activist. It was just kind of the urgency and facing that head-on in that moment was what motivated me to do something and to get involved. … I’ve been involved [in NYSYLC] ever since. I became involved in the organization in 2009. I was an intern, then I was a member, then I became a core member, and that’s where I am now. Being a core member means that you get to pretty much run the day-to-day aspects of the organization. [Over] the years, we’ve had rallies, we’ve had demonstrations, hunger strikes. … We’ve had open mics, civil disobedience actions. All things activism and immigrant rights.

What experiences did you have that people who’ve always been citizens or had green cards wouldn’t understand?

When you’re undocumented, there are obviously a lot of things you’re not eligible for, but there’s also a lot of weight you carry with you. A lot of fear, a lot of silence in your everyday interactions with friends and with partners, and it’s something that just doesn’t go away because your status is fixed. You still carry that trauma with you and you still have nightmares. It’s something that’s always there. 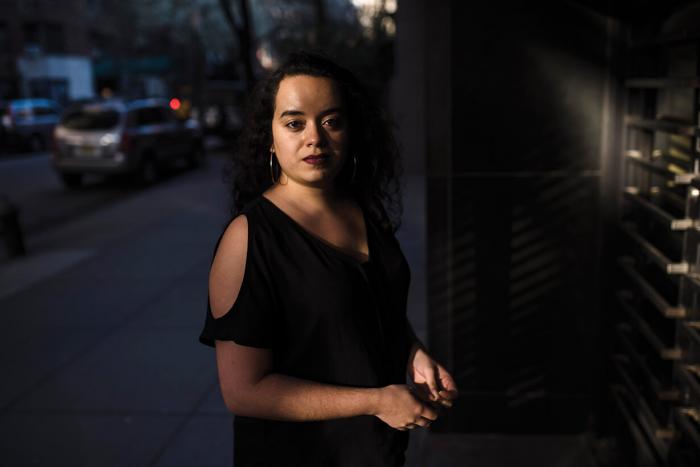 In terms of my age, it was easy for me to connect with young people. So many of the young people that we work with faced a lot of difficulty from their teachers and from their counselors and college advisers, who would either discourage them from pursuing higher education or just to stay in school altogether.

On the flip side, being young and being a woman makes it harder for people to take you seriously. Imagine, I was 18, 19, trying to tell adults that had careers and years of work that what they were doing could be better, or that they needed us to do something with them, or that we should be invited in their classrooms, or that they should listen to us when it came to legislative things. People already feel like young people don’t have experience. … Then, on top of that, being a woman, you always have to fight a little bit harder for people to listen to you. It was the mixture of both. I know that whenever we come to spaces, even now, even though I’m 25, you’re still not heard as much.

What do you wish educators knew about working with students who are undocumented and about the immigrant rights movement at large?

In terms of organizing for us, educators are an amazing resource and a tool for community engagement, too. Through educators, we’re able to meet youth who were in our shoes—who are 15, 16, 17—and we’re able to connect with them and provide resources and support and engage with them in a way that makes them feel empowered at a very young age. That’s something that facilitates itself when we have educators on board.

Now, we’re at a point where we have a lot of Dream Teams in high school. Dream Teams are like school clubs. Through these clubs, the students are able to get resources and information and connect with other programs, mobilizing their schools for change. Most of the high school students, with their teachers, are now fundraising for scholarships for their students regardless of their immigration status. Teachers are a key part of that.

We need teachers [who] are better informed about their rights, about the rights of their students, the students’ families even if they’re immigrants, and about the opportunities that are out there. In my own experience, I would have teachers recommend me for things that I wasn’t eligible for or try to offer me scholarships that I couldn’t apply for. That made me feel a little bit less comfortable with sharing with them why I couldn’t apply. If there had been an atmosphere created where being an immigrant was OK and was normal, maybe things would have been different.

Check out the Peabody Award-winning documentary film Don’t Tell Anyone (No Le Digas a Nadie) by Mikaela Shwer and related educator resources. (See What We’re Watching for how you can view the film for free!)

In 2010, at age 20, Rivera started an online advice column called “Ask Angy” for undocumented youth in the United States. The column, the first of its kind, came out of her work with the New York State Youth Leadership Council and provided a space for undocumented youth to anonymously ask questions and to share stories. Over the years, she’s received a wide range of questions, from concerns about getting to work safely without a driver’s license to questions about same-sex marriage.

Rivera says, “I think one of the questions that most impacted me was a young woman who was undocumented and wanted to become a parent. ... For that question, I interviewed my mom and I asked her why she had decided to become a parent in the United States. I’m the oldest of four, so I have three younger siblings who are citizens. … Through her answers, I was able to respond.”

Use this toolkit to o put Angy's story into action!