Map from “Freedom and Slavery, and the Coveted Territories”

The pamphlet was published by the Tribune office in New York City in the mid-1850s. It includes a presentation of the presidential platforms of 1856 and the acceptance speeches of John C. Fremont, James Buchanan and Millard Fillmore for their respective nominations.
Author
Horace Greeley & Thomas M’Elrath
Grade Level
6-8 9-12
Teach This in a Learning Plan
X
Add to an Existing Learning Plan
START A NEW LEARNING PLAN
Bookmark Map from “Freedom and Slavery, and the Coveted Territories”
Print

This text is part of the Teaching Hard History Text Library and aligns with Key Concept 2. 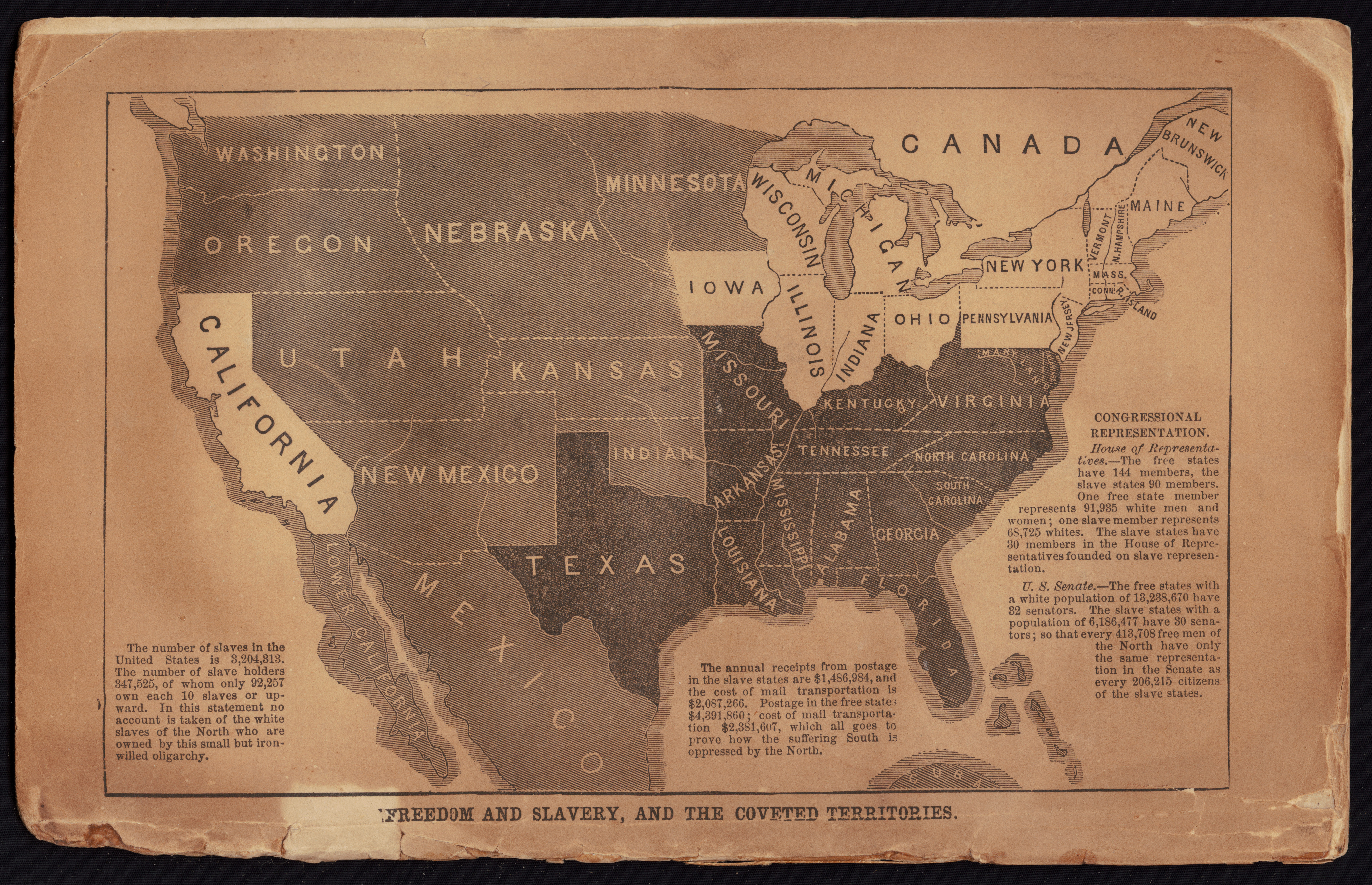 FREEDOM AND SLAVERY, AND THE COVETED TERRITORIES

The number of slaves in the United States is 3,204,813. The number of slave holders 347,205, of whom only 21,257 own each 10 slaves or upward. In this statement no account is taken of the white slaves of the North who are owned by this small but [illegible] oligarchy.

Source
This text is in the public domain. Retrieved from https://www.gilderlehrman.org/collections/40cecf6f-20c8-4466-80c2-461940282432?back=/mweb/search%3Fneedle%3Dslave%2520map.
Text Dependent Questions
Reveal Answers
Teach This in a Learning Plan
X
Add to an Existing Learning Plan
START A NEW LEARNING PLAN
Print