South Carolina Topsey in a Fix

This cartoon is the third in a series of anti-secessionist prints created by Thomas W. Strong in 1861.
Author
Thomas W. Strong
Grade Level
6-8 9-12
Teach This in a Learning Plan
X
Add to an Existing Learning Plan
START A NEW LEARNING PLAN
Bookmark South Carolina Topsey in a Fix
Print 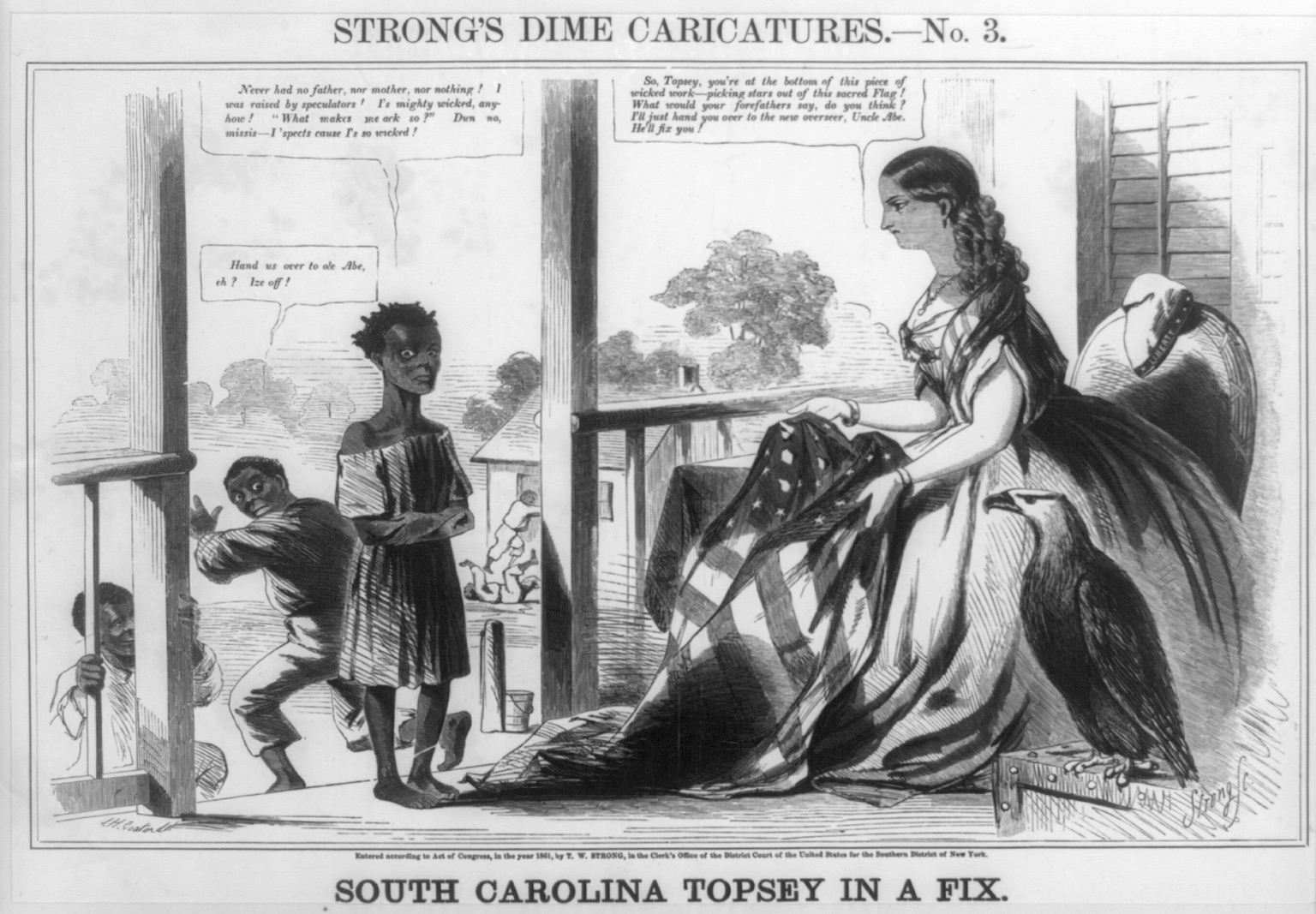 An elegantly dressed lady, Columbia, is based on Stowe's Miss Ophelia, the New England spinster who attempted the moral education of the child.
Topsey appears repentant at the steps of a porch before Columbia, who sits on a chair with an American flag on her lap and a liberty cap behind her.
On the floor beside her is a bald eagle.
Columbia shows the flag to Topsey, displaying the holes in its blue field.
She scolds her, "So, Topsey, you're at the bottom of this piece of wicked work--picking stars out of the sacred Flag! What would your forefathers say, do you think? I'll just hand you over to the new overseer, Uncle Abe [i.e., President-elect Abraham Lincoln]. He'll fix you!"
Topsey responds, "Never had no father, nor mother, nor nothing! I was raised by speculators! I's mighty wicked, anyhow! Ẁhat makes me ack so?' Dun no, missis--I 'spects cause I's so wicked!"
Behind her another slave turns to run down the steps exclaiming, "Hand us over to ole Abe, eh? Ize off!"
Several more slaves watch or clown about in the yard beyond.

Source
This text is in the public domain. Retrieved from https://www.loc.gov/item/2008661618/.
Text Dependent Questions
Reveal Answers
Teach This in a Learning Plan
X
Add to an Existing Learning Plan
START A NEW LEARNING PLAN
Print